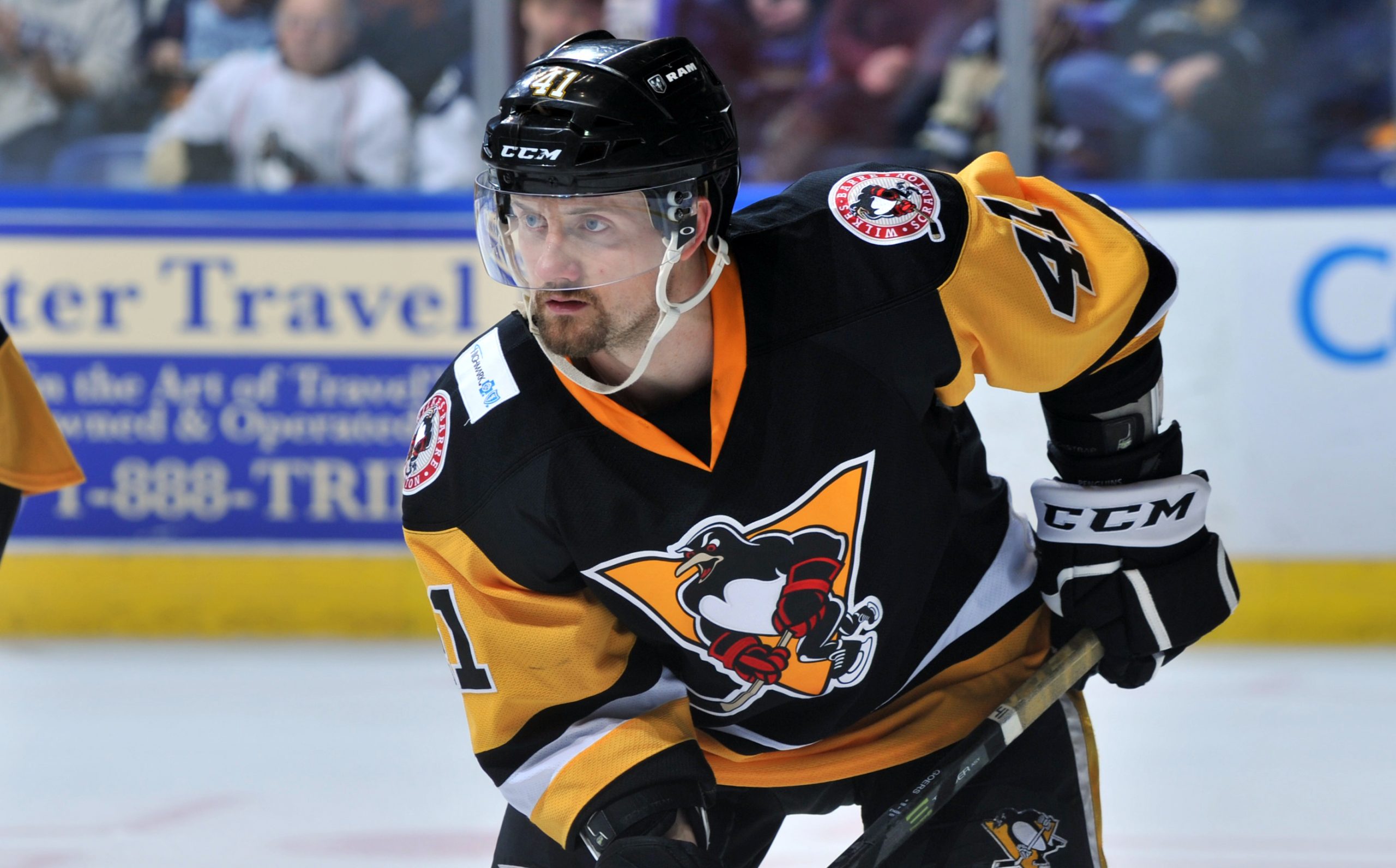 Former Wilkes-Barre/Scranton Penguins defenseman Barry Goers will be competing during Season 12 of “American Ninja Warrior” this fall on NBC. The new season will premier on Monday, September 7 with a two-hour episode beginning at 8pm.

To determine the winner during the Finals, the top eight ninjas will compete in a playoff bracket where they will race head-to-head on the Power Tower. The winner will earn $100,000.

Goers spent four seasons suiting up on the Wilkes-Barre/Scranton blueline, appearing in 127 games with the Penguins between 2013 and 2017.

The Ivyland, PA native enjoyed an eight-year professional career, appearing in 327 career games combined in the ECHL and AHL.

We’ll have more information on Barry’s participation on “American Ninja Warrior” in the next few weeks, including online interviews and highlights from the show.