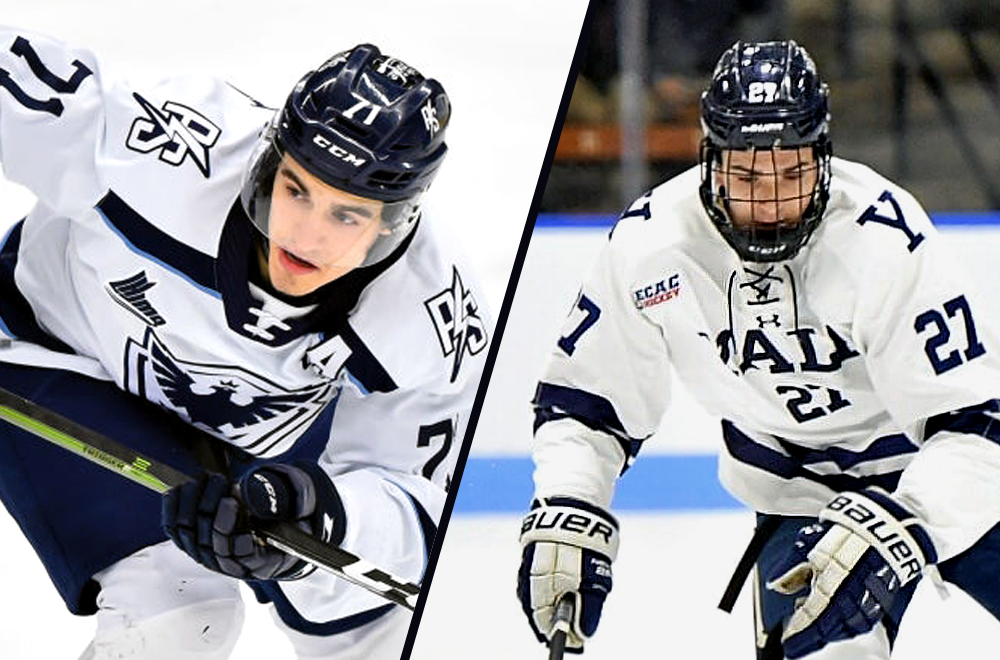 WILKES-BARRE, Pa. – The Wilkes-Barre/Scranton Penguins announced today that they have signed forwards Félix Robert and Luke Stevens to American Hockey League contracts for the 2020-21 season.

Robert, an undrafted free agent, is coming off of an explosive offensive season with the Sherbrooke Phoenix where he played alongside the Pittsburgh Penguins’ 2018 first-round draft pick, Samuel Poulin. The native of Lac-Mégantic led Sherbrooke with 56 assists and 92 points, which were both good enough for fourth-most in the entire Québec Major Junior Hockey League. His career-high 36 goals also placed second on the Phoenix.

Stevens wrapped up a four-year career playing at Yale University, for which he earned a career-best seven goals and 12 points. In 101 games with the Bulldogs, the 23-year-old forward generated 19 goals and 16 assists for 35 points.

Prior to attending Yale, Stevens was a standout at Noble & Greenough. In three seasons with the prestigious prep hockey program, the Duxbury, Massachusetts native racked up 106 points (50G-56A) in 79 games, leading to him being drafted by Carolina Hurricanes in the fifth round (126th overall) of the 2015 NHL Entry Draft.