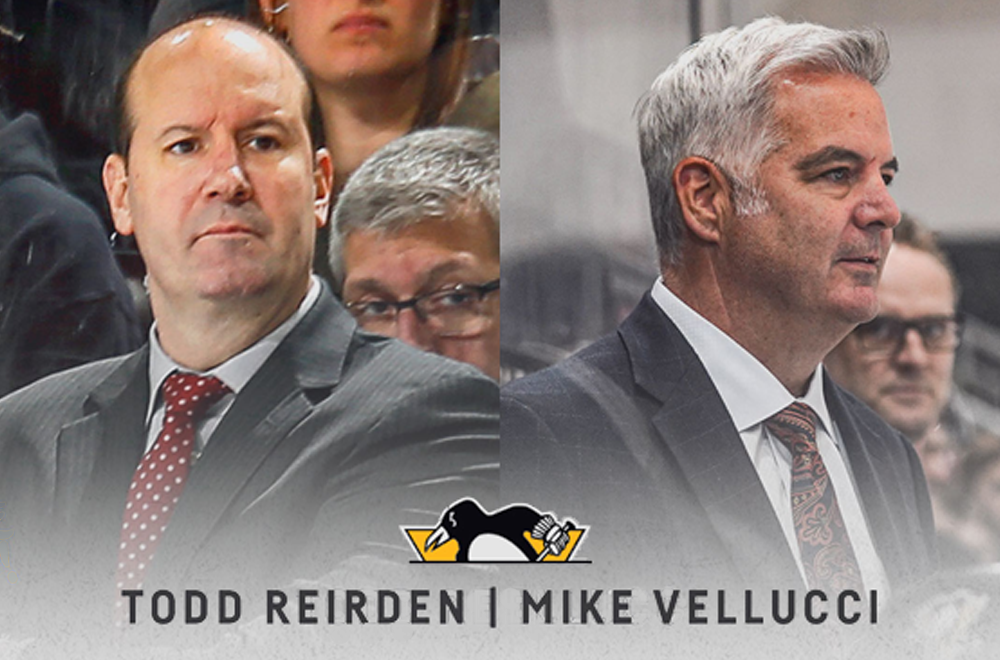 Reirden and Vellucci join head coach Mike Sullivan’s staff, replacing Jacques Martin, Mark Recchi and Sergei Gonchar, whose contracts were not renewed at the conclusion of Pittsburgh’s season. Reirden, 49, will oversee the team’s defensive group and power play unit. Vellucci, 54, will work with the team’s forwards and oversee the penalty kill.

“I am pleased to add Todd and Mike to our coaching staff, and believe they will complement Mike Sullivan’s coaching style,” Rutherford said. “Todd is a Stanley Cup-winning coach with a decade of NHL experience as both an assistant and head coach. Mike brings championship experience at both the AHL and OHL level, and is very familiar with how we function as an organization.”

Reirden, a Deerfield, Illinois native, spent the past six seasons on the Washington Capitals coaching staff, serving as head coach for the past two seasons. He was an assistant coach from 2014-16, and then associate coach from 2016-18, where he helped the Capitals to their first Stanley Cup Championship in franchise history in 2018.

Prior to his time with Washington, Reirden was an assistant coach with Pittsburgh from 2010-14, where he assumed a similar role, working with the team’s defensemen and power play units. During his four seasons as Pittsburgh’s assistant coach, only the Washington Capitals (20.7%) and San Jose Sharks (20.5%) had a better power-play success rate from 2010-14 than the Penguins’ 20.3%.

Vellucci is joining Pittsburgh’s NHL club after completing his first season as the general manager and head coach of the Wilkes-Barre/Scranton Penguins, helping them to a 29-26-3-5 record in 63 games this year.

Prior to his time in the Hurricanes organization, Vellucci spent 14 seasons with the Plymouth Whalers of the OHL as their general manager and head coach from 2001-14. He was named OHL Coach of the Year in both 2006-07 and ’12-13. He also led Plymouth to an OHL championship in 2007.