WILKES-BARRE/SCRANTON’S INFLUENCE ALL OVER PITTSBURGH’S COACHING 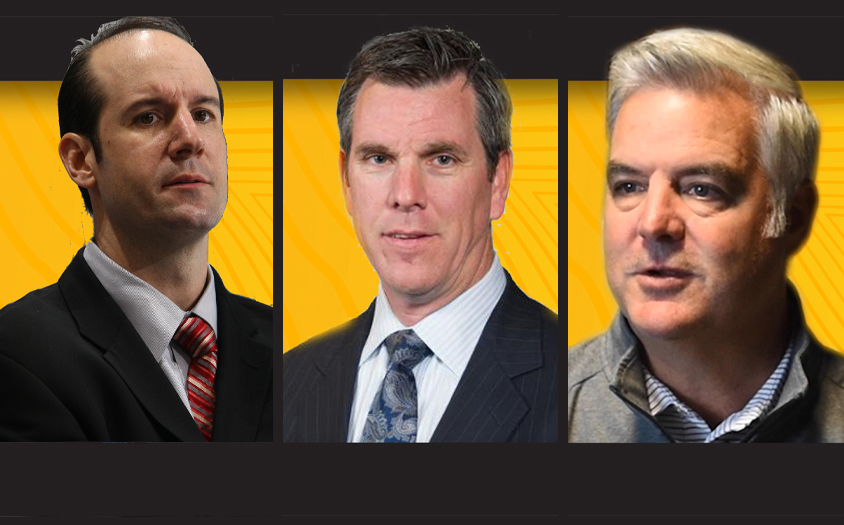 PITTSBURGH, Pa. – When the Pittsburgh Penguins announced their two new assistant coaches on Wednesday morning, people were quick to point out the common thread among the Steel City staff.  With Todd Reirden and Mike Vellucci joining Mike Sullivan behind Pittsburgh’s bench, all three members of the Penguins coaching staff were former head coaches for the Wilkes-Barre/Scranton Penguins.

“I think it speaks volumes of how important Wilkes-Barre/Scranton is to the organization as a whole,” Sullivan said via video conference call on Wednesday. “It’s one of the most well-run American Hockey League teams, in my experience.”

Much has been made over the years about how much Wilkes-Barre/Scranton has contributed a king’s ransom of on-ice talent to Pittsburgh and how those players helped the Penguins capture back-to-back Stanley Cup titles and 2016 and 2017 and stay in the championship picture in the years later.

Wednesday’s moves made many reflect on how Wilkes-Barre/Scranton has developed individuals for success in other roles, including those currently enjoying the spoils of other NHL jobs.

“I think the Penguins value the importance of the development process, not just with players,” Sullivan said. “If you look at the history of Wilkes-Barre/Scranton, it’s been a breeding ground for growth and development for all kinds of hockey operations positions, whether it be coaches, or equipment managers, or athletic trainers or strength coaches. It’s an indication of how well Wilkes-Barre/Scranton is run.”

It’s a who’s who of Wilkes-Barre/Scranton alum at the helm of one of the most storied franchises in the NHL, a testament to the effectiveness of the Penguins organization pipeline.

Sullivan also made a point to mention how many hockey operations jobs with Wilkes-Barre/Scranton have become highly sought after positions by those who aspire to reach the NHL, due to the club’s track record of churning out attractive candidates. That led Reirden to reflect on his time in Wilkes-Barre/Scranton and how it prepared him for an eventual jump to the NHL.

Rierden first came to NEPA as an assistant for the Penguins under Dan Bylsma and later took the reigns as head coach in 2009. Eventually, Reirden raised the Stanley Cup as the associate coach with the Washington Capitals in 2017 and spend the next two seasons as their bench boss.

“My time in Wilkes-Barre definitely helped form me into who I am today,” Reirden said. “Your goal and how you were being evaluated was based upon development of players. That’s the thing that stuck with me the most, that desire to work with players and make them better. It’s something I’m extremely passionate about, that desire to get players to be the best player they can be.

“It’s a phenomenal situation that they have going [in Wilkes-Barre/Scranton], and it’s amazing how many coaches they’ve produced throughout the league.”

Reirden is right.  It’s not just Pittsburgh that is littered with graduates of the Coal Street coach’s office. John Hynes, the longest tenured coach in Wilkes-Barre/Scranton history, is currently the head coach for the Nashville Predators.  Alain Nasreddine finished the season as the interim head coach of the New Jersey Devils, where he previously served as an assistant under Hynes.

While Wilkes-Barre/Scranton’s footprint can be traced all over the NHL, but its influence is felt most right in Pittsburgh. Sullivan, flanked by Reirden, Vellucci and many other Wilkes-Barre/Scranton alumni, hopes to guide the Penguins back to hockey’s peak in the near future.

And who knows? Maybe even more former Penguins leaders from around the league will join him on that journey.  Because as Reirden said, those who cut their chops with Wilkes-Barre/Scranton have only fond memories of their time here.

“I’m extremely proud to say that I worked there and coached there,” Reirden said. “This organization is first class, from top to bottom. I remember the people that gave me my first chance, and when they thought that it was a good idea for me to come back, there was no doubt in my mind that it was time to return.”