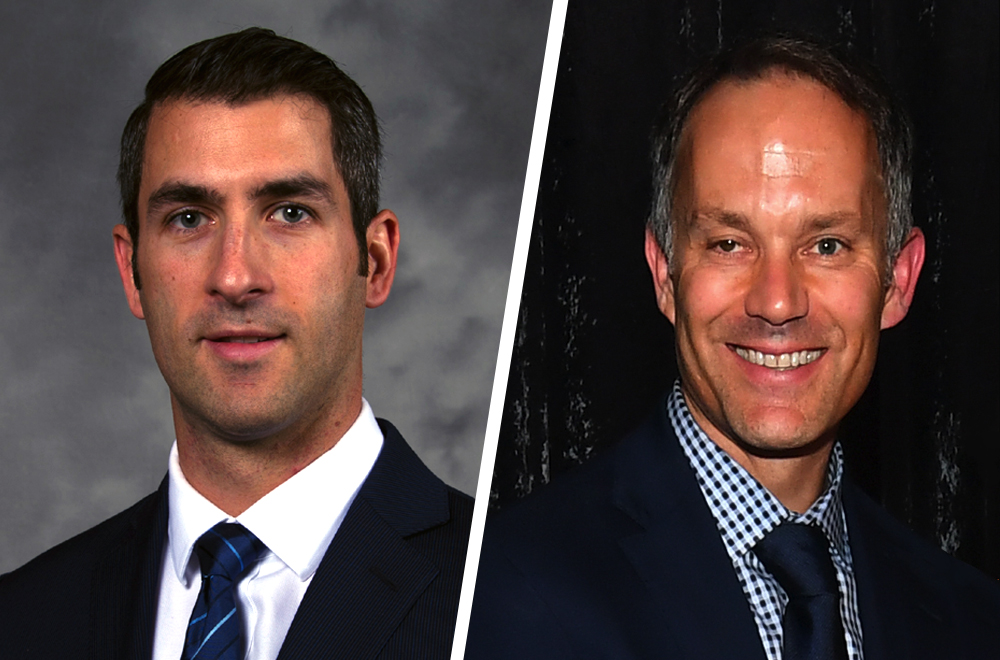 Forrest replaces Mike Vellucci as Penguins head coach, who was recently named an assistant coach with the Pittsburgh Penguins, while Karmanos will assume the role of Wilkes-Barre/Scranton’s GM in addition to his assistant general manager duties with the Penguins’ NHL club.

Forrest has stood behind the Penguins’ bench as an assistant coach for the past four seasons. In his four years with Wilkes-Barre/Scranton, he was tasked with working with the team’s defensemen and overseeing the penalty kill. Under the leadership of the Auburn, New York native, the Penguins had the league’s best penalty kill in 2016-17 as well as a top-10 unit in 2019-20.

Before joining the Penguins coaching staff in 2016, the 39-year-old Forrest spent one season coaching Red Bull Salzburg’s farm team in Austria, and he also served as an assistant coach for the U.S. National Team Development Program in 2014-15. He won a gold medal with the USNTDP at the IIHF U18 World Junior Championship.

Karmanos joined the Penguins organization as Pittsburgh’s Vice President of Hockey Operations and Assistant GM in June of 2014 after previously serving 15 years as an executive with the Carolina Hurricanes. In addition to helping Pittsburgh general manager Jim Rutherford in all aspects of hockey operations, Karmanos oversees the team’s amateur scouting and player development staffs. Furthermore, he spearheaded the revamping of the Penguins’ use of hockey analytics to assist management in their decision-making process. The native of Orchard Lake, Michigan was also proactive in aiding former Wilkes-Barre/Scranton head coach and general manager Vellucci last season, working closely together on player and personnel decisions.

Karmanos, 46, played four years of college hockey at Harvard University from 1992-1996 and even attended Pittsburgh Penguins training camp after graduation in 1996. Although he skated with the Raleigh IceCaps of the ECHL for 16 games in 1996, his career was unfortunately cut short by an eye injury sustained during the course of play.