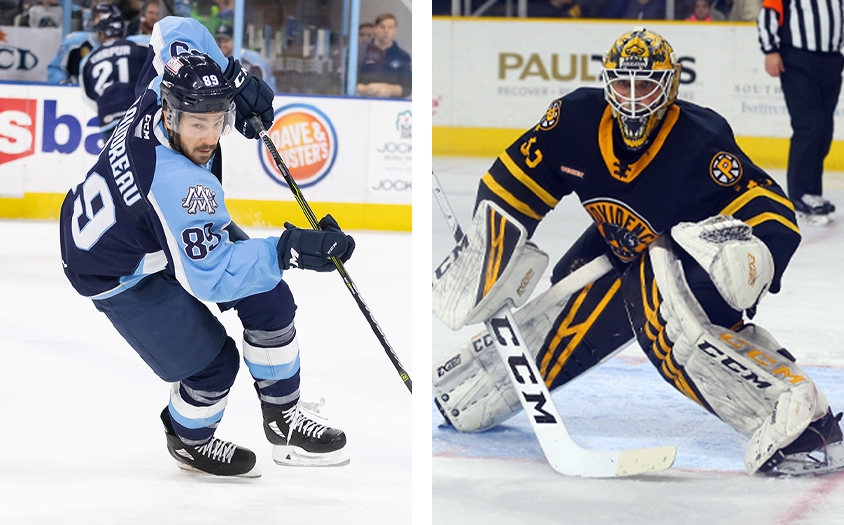 Gaudreau, 27, spent the first six seasons of his career with the Nashville Predators organization, primarily with the Milwaukee Admirals of the American Hockey League. This past season the forward recorded 11 goals, 17 assists and 28 points in 42 games with Milwaukee. In 280 career AHL games, Gaudreau has tallied 77 goals, 95 assists and 172 points.

The 6-foot, 179-pound forward has also played in 84 career NHL games, all with the Predators, recording three goals, five assists and eight points. In addition, Gaudreau has played in eight career NHL playoff games, all during the Predators run to the 2017 Stanley Cup Final versus the Penguins. Gaudreau scored his three career playoff goals in the Final, which included the game-winning goals in Games 3 and 4.

Prior to turning professional, the undrafted Gaudreau played three seasons in the Quebec Major Junior Hockey League from 2011-14, split between the Shawinigan Cataractes and Drummondville Voltigeurs. In 195 career junior games, the Bromont, QC native tallied 50 goals, 84 assists and 134 points.

Lagace, 27, spent the 2019-20 campaign with the Providence Bruins of the American Hockey League, appearing in 33 games. The 6-foot-2, 190-pound netminder helped Providence to the second-best record in the AHL, going 22-7-3 with a 2.37 goals-against average, a .919 save percentage and five shutouts. His win total, goals-against average, save percentage and shutout total were all AHL career highs.

A native of Saint-Augustin, Quebec, Lagace has played in 158 games across six seasons at the AHL level split between Providence, Chicago and Texas, where he put together an 82-44-17 record, 2.79 goals-against average, .908 save percentage and eight shutouts. He’s also played in six career Calder Cup playoff games, going 2-3 with a 2.81 goals-against average and a .903 save percentage.

The undrafted netminder has 17 games of NHL experience, all with the Vegas Golden Knights from 2017-19, where he went 6-8-1. Prior to going pro, Lagace played four years in the QMJHL with Prince Edward Island, Cape Brenton and Shawinigan.