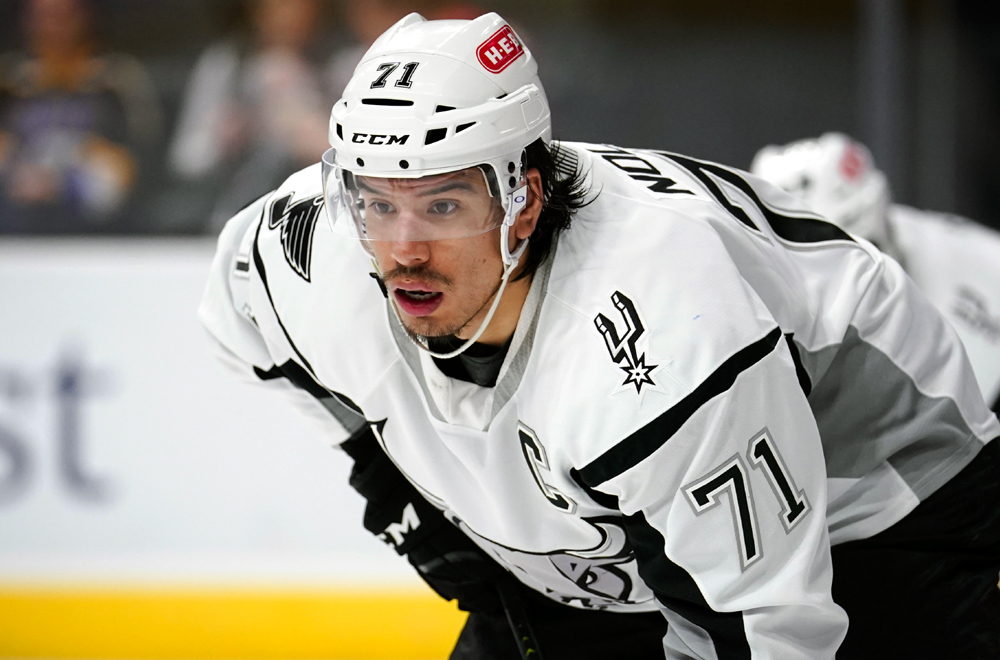 WILKES-BARRE, Pa. – The Wilkes-Barre/Scranton Penguins announced today that they have signed forward Jordan Nolan to an American Hockey League contract for the 2020-21 season.

Nolan, 31, is entering his 11th professional season. Originally a 7th round pick (186th overall) of the Los Angeles Kings in 2009, Nolan has had his name inscribed on the Stanley Cup twice by helping the Kings win hockey’s ultimate prize in 2012 and 2014. The Garden River, Ontario native has played in 375 career NHL games, logging 24 goals and 28 assists for 52 points to go along with 347 penalty minutes with Los Angeles, the Buffalo Sabres and St. Louis Blues.

Known and respected as a fierce competitor, Nolan spent last season wearing the “C” as captain of the San Antonio Rampage. He produced 27 points (11G-16A) in 60 games with the Rampage last year and has 107 points (44G-63A) in 255 career AHL contests spent with the Manchester Monarchs and San Antonio.

Prior to turning pro, Nolan spent five years playing major junior in the Ontario Hockey League for the Erie Otters, Windsor Spitfires and Sault Ste. Marie Greyhounds. In that time, he managed to play in 268 games and accrued 66 goals, 86 assists, 152 points as well as 435 penalty minutes.

Nolan’s father, Ted, was also a pro hockey player who suited up in both the AHL and NHL. Ted Nolan captured the Calder Cup in 1981 as a key member of the Adirondack Red Wings, and he ultimately played his final NHL games during the 1985-86 season while wearing a Pittsburgh Penguins uniform.

After his playing days came to an end, Ted Nolan embarked on a coaching career that saw him man the bench as head coach for Sault Ste. Marie in the OHL as well as the Moncton Wildcats of the Québec Major Junior Hockey League. He later served as head coach in the NHL for the New York Islanders (2006-08) and two stints as bench boss for Buffalo Sabres (1995-97, 2013-15).

ASTON-REESE NAMED ONE OF THREE FINALISTS FOR HOBEY BAKER AWARD