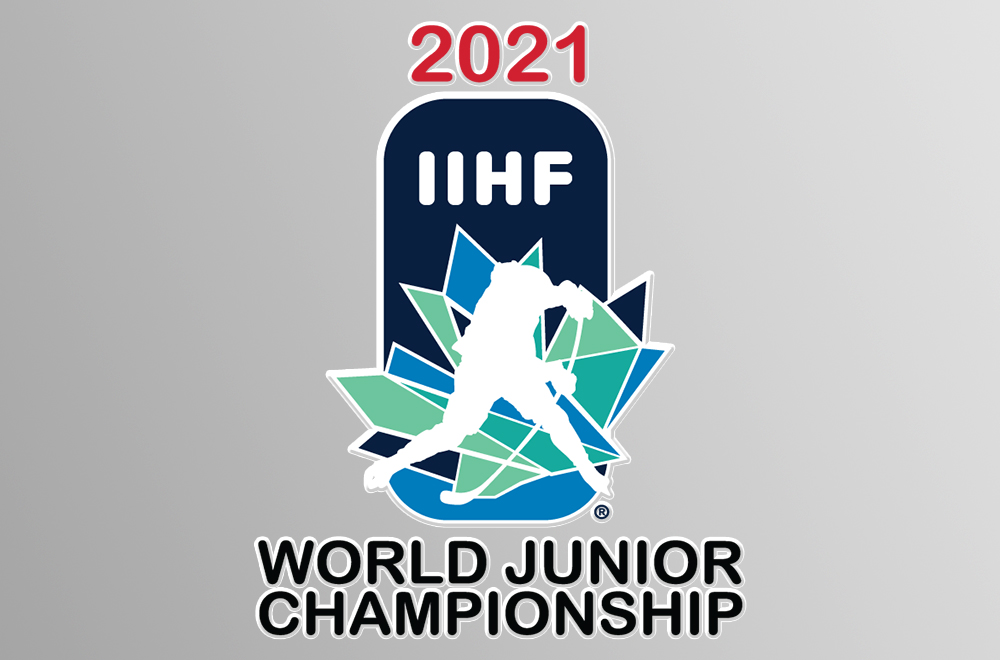 WILKES-BARRE, Pa. – These very well may be labeled the 2021 World Juniors in an official capacity, but everything about this tournament is very “2020“.

Amidst the circumstances surrounding the ongoing pandemic, the International Ice Hockey Federation took a page out of the NHL’s playbook by implementing a host city bubble so that the annual, always-thrilling tournament could happen. In fact, it’s the same bubble that the NHL successfully organized in Edmonton, Alberta, with games to be played out of Rogers Place. In addition to the adoption of the bubble, the lead-up to these World Juniors has been rife with strange news stories that could only happen in 2020. From training camps being shut down for weeks, multiple star players being deemed ineligible, and travel snafus, COVID-19 has its penmanship all over the preamble for this event.

Now that teams are finally safe inside the Edmonton bubble and the opening day of action sits on the horizon, players, coaches, organizers and fans alike all hope to put their worries behind them and enjoy an historic tradition.

So let’s set the scene for the 2021 World Juniors! Here’s what you should know before the puck drops on Christmas Day, starting with the Pittsburgh Penguins prospects that will be chasing gold…

PROSPECTS TO WATCH: THE PENGOALIES

There are two Penguins prospects playing in this year’s World Juniors, and they’re both of Pittsburgh’s top two selections from this past summer’s NHL Draft. Goaltenders Joel Blomqvist (second round, 52nd overall) and Calle Clang (third round, 77th overall) made the Finnish and Swedish teams, respectively. The Penguins felt confident that they successfully restocked their goalie cupboard with those two picks, and Blomqvist and Clang’s recent play support their confidence. Blomqvist performed very well in a two-game stint at Finland’s top pro level back in September, and he has strung together a 2.56 goals against average, .908 save percentage and one shutout in nine games with Hermes in Finland’s second league, Mestis. Clang has even better numbers in Sweden’s second league, HockeyAllsvenskan. Despite bring rewarded with a .500 record, he has .939 save percentage and a lowly a 1.81 goals against average through eight games for Kristianstads.

Clang will almost surely be competing for crease time as Sweden’s backup, as their starter from last year’s tournament, Tampa Bay draft pick Hugo Alnefelt, has returned for another go at the gold. Sweden’s other rostered goalie is 18-year-old Jesper Wallstedt, one of the best goalie prospect’s the country has ever produced and is slated to go in the first round of the 2021 NHL Entry Draft.

On the other hand, Blomqvist very well may be given the green light as Finland’s starter in the tournament. It’s a bit of an open competition between him and the two other goalies on Finland’s roster. The other two tenders are a year older than the Penguins’ prospect (Kari Piironen was the backup for Finland last year), but Blomqvist was the only one drafted of the trio.

BUT WHAT ABOUT THE USA?

Of course, hockey fans in Northeastern Pennsylvania, throughout the commonwealth and even across the country are likely invested in the performance of the Red, White and Blue. Well, the good news is that the United States will be taking an impressive lot to Edmonton. The U.S. has a group of eight returning players from last year’s squad, headlined by goalie Spencer Knight, defenseman Cam York, as well as dynamic playmaking forward Trevor Zegras. Often times, experience plays just as much of a role as talent for successful teams at the World Juniors.

Of the 25 names registered to the U.S. for this event, nine of them were taken in the first round of either the 2019 or 2020 drafts. An additional seven players were selected in the second round, and University of Michigan forward Matthew Beniers is a sure-fire first rounder in 2021. You can see the full U.S. roster for yourself, here.

All of the United States’ games will be broadcast on NHL Network. Their first game is on Christmas Day, Dec. 25, at 9:30 p.m. ET against Russia. And that brings us to the (slightly) bad news. The U.S. is in a really tough group. Forced to compete with Russia, Sweden and the Czech Republic, the Americans won’t be able to take a night off if they want to secure the best possible standing for the elimination round. You’d really like to avoid drawing Canada in the quarterfinals if you can help it, because…

CANADA IS ALWAYS THE FAVORITE… RIGHT?

Yeah, Canada is always going to have one of if not the most impressive rosters at the World Juniors. But because the NHL and AHL are not in action at the moment, that allowed Canada to stack its roster even more than usual. Heck, Kirby Dach played 64 games in the NHL for Chicago last year, and now he’s back to lead this powerhouse edition of Canada at the World Juniors

Their list of impressive names is longer than Santa’s Good List. Of the 22 rostered skaters, all but two of them are first-round picks. Wow.

Any other year, this would make Canada a complete juggernaut. However, there’s a case to be made that other countries might be able to do more than just hang with the perennial favorites. For one, despite the glut of pure talent at Canada’s disposal, many of them haven’t played a competitive game since March. That gives all of the European clubs and most of the United States’ players a distinct edge over a potentially rusty Canadian crew. Secondly, if Canada has had an Achilles heel at this event in the past, it’s been its goaltending. The play between the pipes is a question mark again for the Canadians, and that’s the wrong position to be insufficient if their potentially unpolished play leads to a bevy of high-danger scoring chances for their opponents.

Given the sheer amount of talent but how out-of-practice they may be, every game featuring the Great White North has the chance to be a wild, back-and-forth, extremely high-scoring affair. That principle goes for every game in this glorious showcase, but particularly so for Canada this year.

ANYTHING ELSE I SHOULD KNOW?

• We left the group assignments and important dates below, but there’s several storylines to keep a close eye on throughout this year’s unique World Juniors. I mentioned before that COVID-19 has completely reshaped the nature of this tournament, and no team has felt this more than Sweden. The Tre Kronor had several key players deemed ineligible as a result of testing positive for COVID-19 during training camp. On top of that, the entirety of Sweden’s coaching staff was also barred from making the trip for the same reason, and it had to find replacement coaches mere days before boarding a plane for Canada!

Perennially the bridesmaid but never the bride at the World Juniors (they haven’t lost a round robin game since 2006, but have only captured gold once in that timeframe and only twice all-time,) will Sweden’s pre-tournament obstacles doom them to another disappointing finish, or will all the adversity ultimately provide the extra motivation for them to finally come out on top?

• A new face at the tournament this year is Austria. It is their fourth-ever appearance at the World Juniors, and their first since 2010. Headlining the Austrian team is Marco Rossi, a young man who was an absolute steal for the Minnesota Wild at 9th overall at this most recent draft. Small in stature but puts up big numbers, Rossi was named Most Outstanding Player in the Ontario Hockey League last year after leading the league with 120 points in 56 games (at 18-years-old!)

Rossi will be front and center for the underdog Austrians, but even if he doesn’t will his squad to some upsets, that’s okay! Austria will still be back next year. Due to the circumstances of the pandemic influencing preparation (and possibly even gameplay) for the tournament, the IIHF decided that there will be no relegation round this year. All 10 teams in the Edmonton bubble will return for the 2022 World Juniors, regardless of their result in 2021.