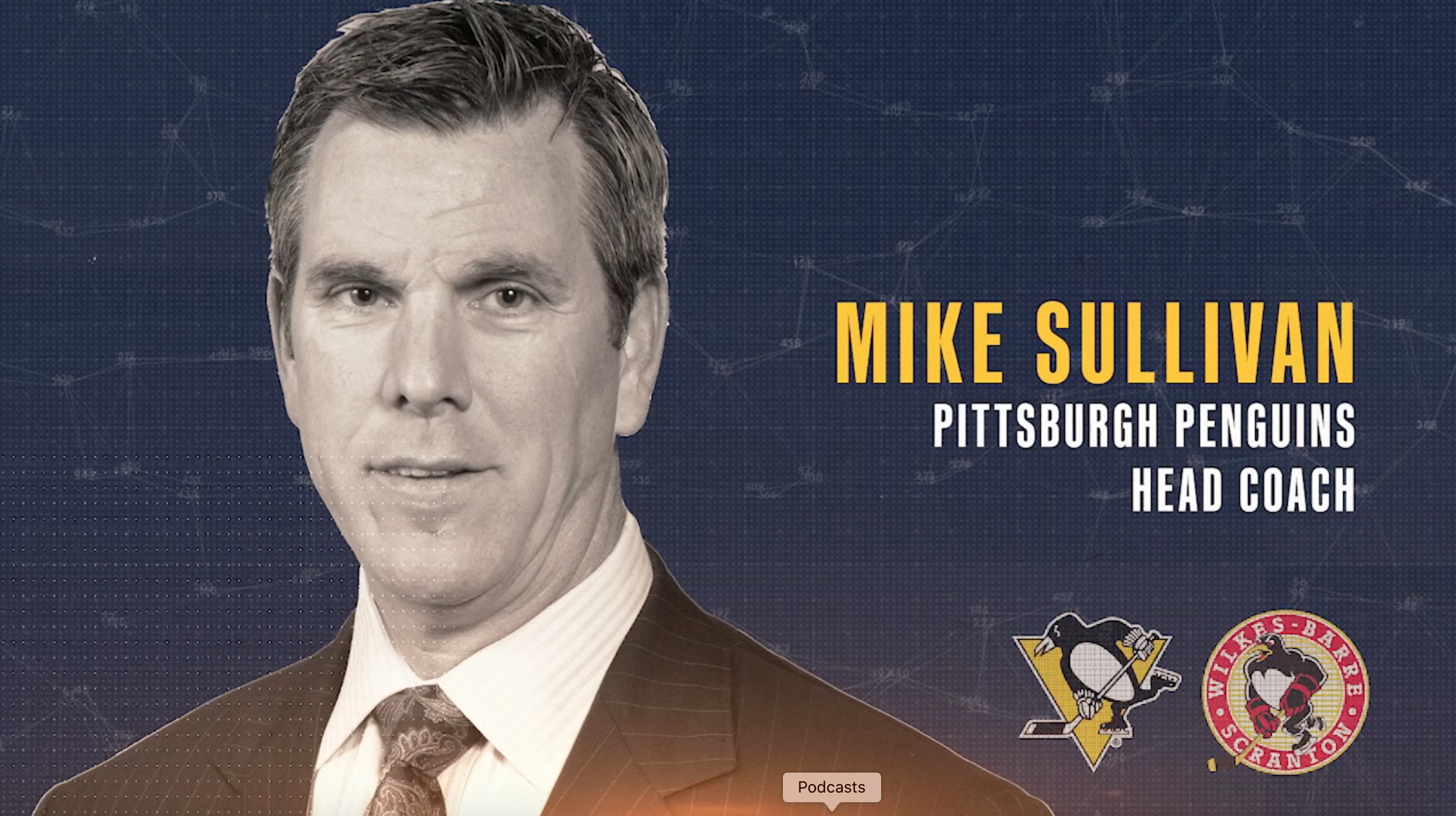 WILKES-BARRE, Pa. – The Pittsburgh Penguins have been in an enviable position for a while now when it comes to what they and their fans can expect coming into training camp. Pittsburgh hasn’t had to worry about leadership, or who is going to be anchoring its first line. Some guy wearing 87 has that covered.

Nor do the Penguins have to concern themselves with locating superstar talent down the middle of the ice. Mix in the emergence of scoring wingers and Wilkes-Barre/Scranton alum Jake Guentzel and Bryan Rust, and concerns involving the Penguins’ top-six forward group are basically non-existent.

It’s almost comforting to know that in a worldwide climate of uncertainty and disarray that those main tenants of a Pittsburgh Penguins training camp will still be in place as the NHL quickly prepares for its upcoming season. Therefore, most of the focus on the Penguins’ upcoming camp in January will be focused on clarifying the team’s bottom-six forwards.

“I think it’s going to be a really competitive situation in that bottom six,” Sullivan said in a media conference call on Tuesday. “We have a lot of capable guys that can help us win games this year, and that’s going to make for a competitive environment. We’ve always been strong believers in that internal competitive push, and that keeps us all at our best.”

There are a number of players trying to fill those bottom-six roles for Pittsburgh at training camp, some acquired via free agency, others in offseason trades, and of course those already in the pipeline who have been developing their skills in Northeastern Pennsylvania recently.

Sullivan even made a point to mention Wilkes-Barre/Scranton alum Sam Lafferty by name in his media call, and young forwards like Anthony Angello and Sam Miletic will be in the mix for those coveted roster spots as well.

Sullivan, a two-time Stanley Cup-winning coach, remember, expressed his excitement not only to get back on the ice with his group, but also in getting the chance to observe first hand what kind of leaps players like Lafferty, Angello and Miletic made during an admittedly unorthodox offseason.

“We have a lot of familiarity with the guys that are challenging for the NHL roster, but I’m really looking forward to seeing some of the younger guys and the progress that they’ve made,” he said.

Training camp for the Penguins officially begins on Jan. 3. The NHL’s 2021 season kicks off a mere 10 days after that. It’s an accelerated timeline, but after a herky-jerky and certainly unexpectedly long offseason for his group, Sullivan can’t wait for the roster battles to start.

“It’s been a long offseason, and we’ve had the time for a fair amount of planning and preparation,” Sullivan said. “So our coaching staff has had a lot of meetings in the leadup to this… It’s going to be a short camp, and it’s going to happen fast. We’re going to have to prioritize what we do with the group, and we have a plan for that.

“We’re thrilled for the chance to compete.”

• With no preseason games built into any NHL team’s training camp schedule, Sullivan was kind enough to give a slight peek behind the curtain at how he and his coaching staff have organized their camp in order to hit the ground running.

“I know five-on-five play is going to be a priority as far as what we’re going to do in this training camp,” Sullivan said. “We’re going to prioritize intra-squad scrimmages. We have a game simulation planned, for example, we’re going to play a [scrimmage] at 7:00 p.m. at night so that these guys can simulate a game day routine.”

• The shortened season and altered division alignment is already weighing on the mind of the Penguins’ bench boss, as it has been for most fans, too. For those not in the know, the NHL realigned its divisions prior to this season, and Pittsburgh is a member of the proverbial “group of death”.

Teams will only play opponents within their own division. Furthermore, a bonus quirk of the schedule is that in order to ease travel on everybody, teams will play the same foe consecutively for two or more games, creating mini-series within the regular season (almost like baseball).

“I think it’s going to be a really exciting atmosphere. It’s going to have a playoff feel to it,” Sullivan said. “There are already a lot of standing rivalries in this division, and there are a lot of good teams, really competitive teams.”

Sullivan has the right idea here too. Given how much will be at stake in a shortened season, you’re going to feel like you’re on top of the world if your team can take not one, but both games in a series against a fierce divisional rival. Conversely, if you lose consecutive games to the same opponent or you go on a several-game skid, it might feel like the gravitational pull on the sky is exponentially increasing.

Teams are just as likely to generate seemingly improbable charges up the standings as they are to stumble upon previously unthinkable collapses. The puck hasn’t dropped yet, but I can already tell you that roller coaster ride of emotions during the regular season – not even the playoffs – will not be for the faint of heart.

• This was an interesting comment from Sullivan when he was asked about attempting to introduce systems and certain concepts to his team in an accelerated training camp format: “The last thing we want to do is give them too much information and overwhelm them, because in my experience, they turn into robots instead of allowing for instinctive play. We’re going to try to gradually introduce information at the appropriate times and give them an opportunity to grasp how we’re trying to play.”

• Sullivan provided an injury update on Wilkes-Barre/Scranton alum forward Zach Aston-Reese, who underwent successful shoulder surgery in August. Sullivan said everything with Aston-Reese is going well and that he is “on track” for his anticipated sixth-month recovery period, but that still means the 26-year-old from Staten Island, New York won’t be healthy in time for the start of the season.

Sullivan said that his early-season absence means “opportunity will be created” for the many forwards competing for a bottom-six roster spot when camp begins on Jan. 3.

• Unsurprisingly, Tristan Jarry’s name came up in Tuesday’s media call. The 2020 All-Star goalie was handed the reigns by Penguins management following the offseason trade of Matt Murray to the Ottawa Senators.

Before he starts training camp ahead of his big season, Jarry popped a big question.

The 25-year-old posted on his Instagram account that he proposed to his girlfriend, Hannah, and the two are now engaged. Big congrats are in order for Tristan, who has perhaps found the perfect way to end his 2020.

• While on the subject of congratulating Penguins for major life events, here’s a shoutout to Pens defenseman Zach Trotman and his wife Jeanna for the birth of their first child, Luca. I’ve yet to see a baby who doesn’t look great in black and gold.