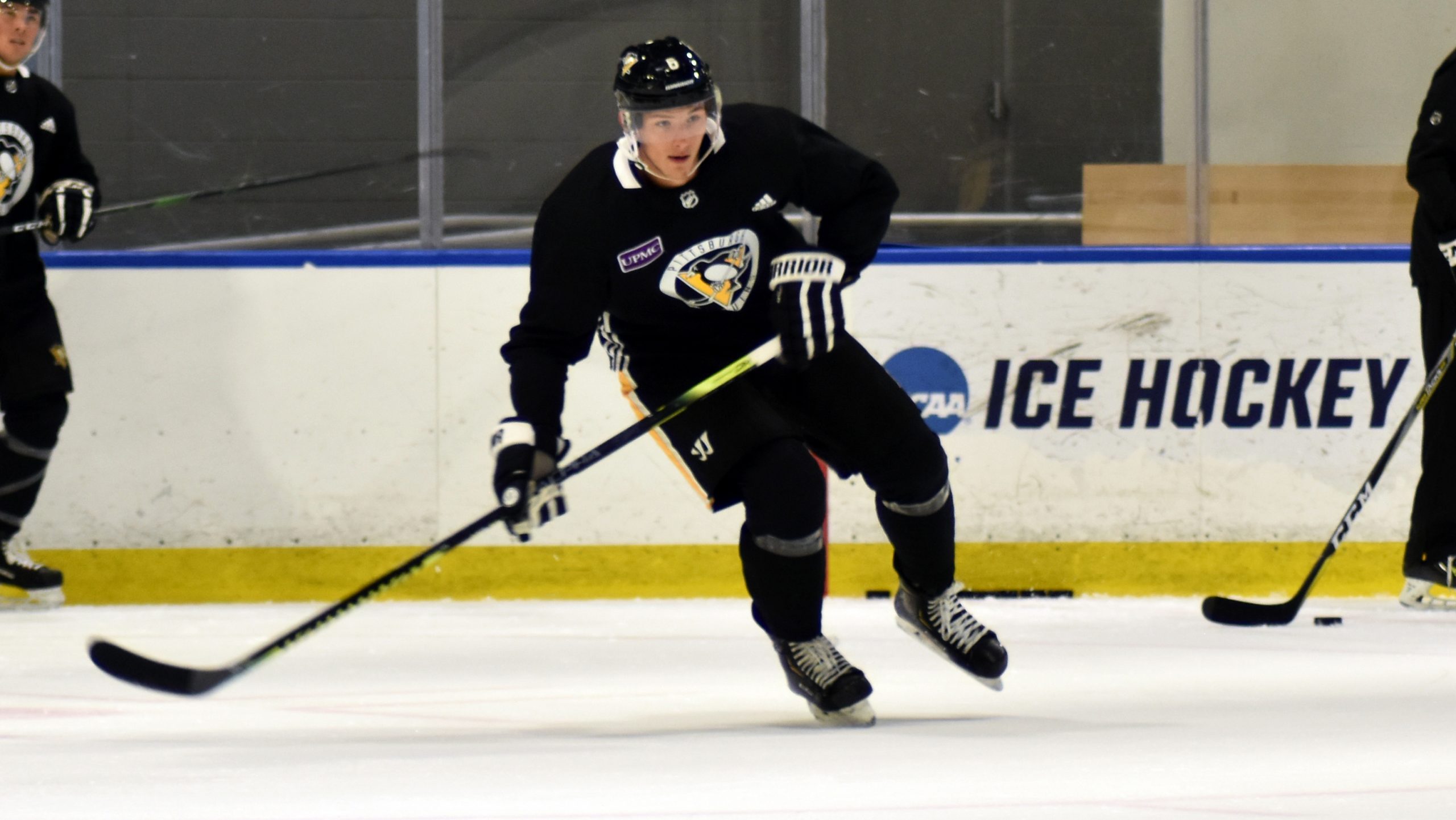 When the Pittsburgh Penguins acquired the rights to defenseman John Marino prior to the 2019-20 season, they hoped he would be a part of the team’s blue line for years to come.

Now, just one year into his pro career, that looks to be all but certain.

The Penguins re-signed the 23-year old Marino to a six-year, $26 million dollar contract extension one day before the team’s 2020-21 training camp gets underway.  The deal goes into effect following this season, and runs through the 2026-27 campaign.

“I think it’s important to stay with a team that really wants you, wants you to develop and progress as you go along in your career,” Marino said during a media call Sunday afternoon.  “You definitely want to be with an organization that wants you.”

Marino seamlessly made the jump from the collegiate ranks with Harvard to the NHL.  He finished his rookie season with 26 points (6+20) in 56 regular season games, and a team-best plus-17 rating.

But the North Easton, MA native did see some differences between the levels.

“I think definitely the pace and the depth is a lot deeper at this level than at the college level.  A lot more guys can make plays and they kind of keep you guessing,” he said.

He also knows that there are still areas he can improve upon as he prepares for his sophomore season.

“Maybe just being a little more confident with the puck in the O-zone.  When you’re first coming in as a rookie your first instinct is, you don’t really want to mess up.  You just want to play it safe, make the right play,” he said.  “I think the confidence just kind of comes with it.  You’ve got a year under your belt, you know your teammates better….Hopefully it just takes care of itself.”

They’ll all be thrown right into the first, as NHL training camps will last less than two weeks before the teams hit the ice to start the regular season on January 13.

“I think everyone’s pretty excited to be back. Obviously we don’t have a lot of time, we’re only practicing seen or eight times until the season opener,”  Marino stated.  “There’s some new guys in the lineup and we just have to learn how to mesh together in a fast time.”

NOTES:  Former Wilkes-Barre/Scranton Penguins head coach Todd Reirden returned to Pittsburgh during the offseason, and will play a big role in shaping the Penguins defense.

“I’ve heard great things about him,” said Marino.  “I know he’s a great coach and has a great resume.  Some of the guys have played under him before and have nothing but great things to say.  I’m excited to work with him.”