PENGUINS STICKING TO THEIR GAMEPLAN, NO KAP 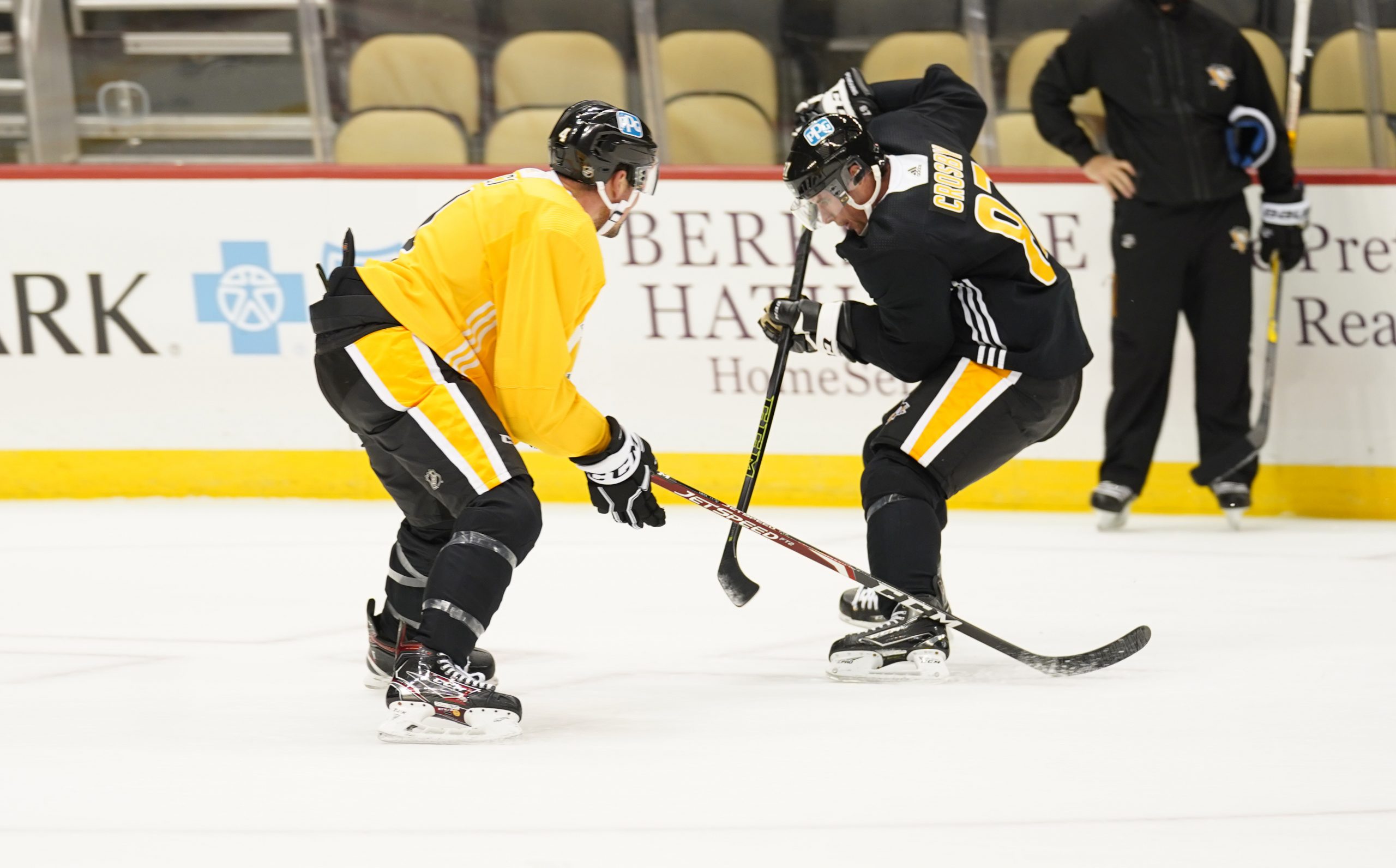 WILKES-BARRE, Pa. – When the Pittsburgh Penguins (re)acquired Kasperi Kapanen in a trade in August, it was easy to envision how he would look upon putting on a Penguins sweater. The straight-line speed. The puck skills. The dogged determination.

After Pittsburgh training camp kicked off following a series of delays, this should have been the time that the visions of Kapanen as a Penguins finally came to fruition. Except that reality has suffered another delay.

Penguins head coach Mike Sullivan revealed on Monday that Kapanen is still in his native Finland, as immigration complications have been compounded by the ongoing COVID-19 pandemic. Furthermore, he provided no details on when Kapanen will make it to the Steel City, but given the NHL’s quarantine protocols for foreign traveling players, it doesn’t look like it will be any time soon.

It was expected that when Kapanen was acquired from the Toronto Maple Leafs that he would slot into the Penguins top line alongside Sidney Crosby and Jake Guentzel. While that spot has temporarily been held in training camp by Evan Rodrigues, Penguins head coach Mike Sullivan has intimated that they’re not prepared to let this travel hiccup alter their initial plan.

“We’re gonna try and exercise some patience,” Sullivan said. “We’re excited about the possibility of Kapanen being a strong fit with Sid and Jake.”

Everything about Kapanen’s player profile suggests he’d be that fit with Crosby and Guentzel, too. Kapanen has gone on the record talking about how much more committed he is to a fierce, two-way game than he was when the Penguins drafted him 22nd overall in 2014. He demonstrated as much during his time in Toronto, plus the 20 goals he scored in 2018-19 don’t hurt either.

So how much of a setback is this for the prospective unit of Kapanen-Crosby-Guentzel? Who’s to say? Sullivan believes there is no magic formula for lines to build chemistry, so trying to venture a guess as to how Kapanen’s delayed arrival could affect their potential cohesiveness may be a fool’s errand.

“Sometimes it takes a little bit of time for lines to develop a little bit of chemistry. Other times, it’s instant. In my experience, I’ve coached around both instances.”

Crosby echoed Sullivan’s sentiments, refusing to accept that his new teammate’s delayed arrival shatters any hope of forming a meaningful bond. However, he did hint that he was excited to experience the Penguins’ former first-round pick had to offer.

“It’s unfortunate with the (immigration) situation,” Crosby said. “I don’t think you’d necessarily know what the (line) combinations would end up, but there was going to be the chance to play together and feel it out for a bit. Now that’s not going to happen.”

OTHER NOTES FROM DAY 3

• The Penguins held their second scrimmage of training camp, and it ended in another shutout for Tristan Jarry. Team Gold took down Team Black, 1-0. The lone goal came from Jason Zucker, who scored for the second day in a row. Despite taking the loss, Casey DeSmith looked sharp in net for Team Black.

• Crosby was involved in an impactful collision during the scrimmage and left the bench for the locker room momentarily. He did return. The team did not provide any clarification on his status, but his return to the ice is promising.

• One of the new faces at training camp this year is defenseman Mike Matheson. Acquired from the Florida Panthers as part of the trade that sent Patric Hörnqvist to the Sunshine State, the Penguins hope Matheson can make a major impact on the blue line. Sullivan had this to say about the newcomer: “The one things that jumps out at me is his skating ability. He’s an elite skater. So we’re going to try to harness that and help Mike play to his strengths. I also think his skating ability is something that is complementary to the way we are trying to play.”

• The 2021 World Junior Championships came to a conclusion on Tuesday night, and it ended with the United States on top. Thanks to another big game from Trevor Zegras and a 2-0 upset of Canada in the championship game, the U.S. took home its fifth gold medal all-time at the prestigious tournament. The World Juniors are an annual talking point and source of friendly wagers in NHL locker rooms, and this year, Zucker was delighted by Tuesday night’s result.

“Obviously, I’m a proud USA Hockey guy,” Zucker said. “I’m happy to say I made a little bit of money on that. It was a lot of fun. We have a lot of proud Canadians in the locker room who are a little upset this morning, but that’s the way it goes.”