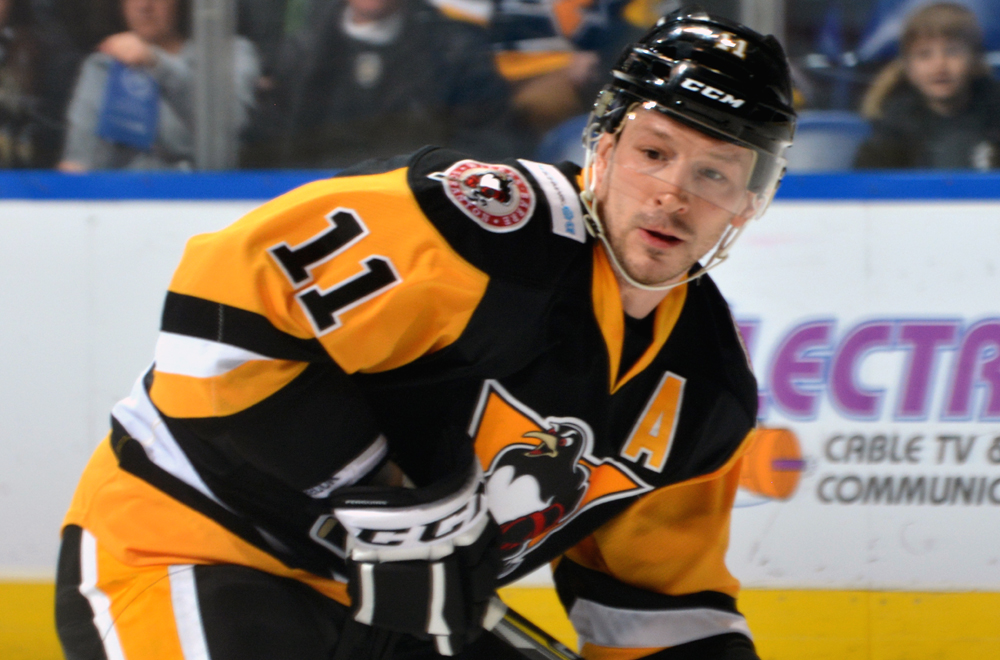 WILKES-BARRE, Pa.– The Wilkes-Barre/Scranton Penguins announced today that they have hired Kevin Porter as an assistant coach.
Porter joins head coach J.D. Forrest behind the bench for the upcoming 2020-21 American Hockey League season.

Porter, 34, is entering his first season as a coach after a 12-year career in pro hockey. Porter played 249 NHL games and 528 AHL games over those 12 years, including 85 contests with Wilkes-Barre/Scranton from 2015-2017. Porter was part of the Kilpatrick Trophy-winning Penguins squad as the league’s regular season champions in 2016-17, a season in which he set a career-best with 46 points. He also played 43 games for the Pittsburgh Penguins from 2015-2017 and had his name engraved on the Stanley Cup after Pittsburgh’s championship win in 2016.

A fourth-round draft pick (119thoverall) by the Phoenix Coyotes in 2004, Porter first made a name for himself as a dominant player at the University of Michigan. In four years with the Wolverines, the Northville, Michigan native notched 85 goals and 98 assists for 183 points across 162 games. He won the Hobey Baker Award as the best men’s player in college hockey at the end of his senior season, 2007-08.

Porter earned 58 points (29G-29A) in the NHL while playing for the Coyotes, Penguins, Buffalo Sabres and Colorado Avalanche. He produced 354 points (129G-225A) in the AHL while playing for Wilkes-Barre/Scranton, the San Antonio Rampage, Lake Erie Monsters, Rochester Americans and Grand Rapids Griffins. Porter represented Rochester at the AHL All-Star Classic in 2013, and he captained the Americans in four seasons (2012-13; 2017-20).

A product of the United States National Team Development Program, Porter spent the last several months as a volunteer assistant for the NTDP’s under-18 team.