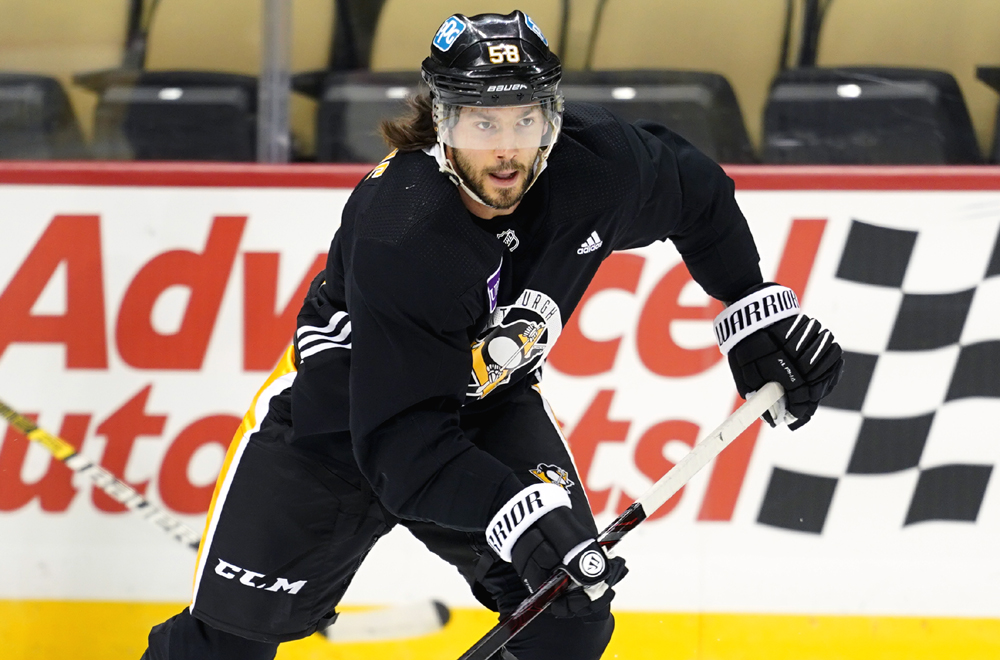 WILKES-BARRE, Pa. – When the Pittsburgh Penguins fell in the play-in round to the Stanley Cup Playoffs in August, fans, experts and players alike were shocked.

Jim Rutherford was no different. But instead of spending his summer sitting around and wondering what went awry, the Penguins’ GM decided to do something about it.

Rutherford made it clear immediately after his team’s elimination that changes were coming. After some time, he elaborated his plan to media members, and part of his plan was to bring in some younger talent.

As a result of that strategy, familiar names like Patric Hörnqvist and Justin Schultz were on the move. Jack Johnson was bought out. On the flip side, youthful newcomers Mike Matheson, Kasperi Kapanen and Mark Jankowski entered the fray.

It’s clear by looking at the vitals on the Penguins’ roster that Rutherford succeeded in his quest to get younger, but players have noticed a happy side effect of that offseason tinkering.

“We got a lot faster, to be honest,” said defenseman Kris Letang. “Every guy that’s coming in, they bring an element of speed.”

Rutherford’s youthful injection provided a recognizable burst of speed to Pittsburgh’s proceedings in training camp. This is not only good news, but great news, as playing a speed game was one of the Penguins’ calling cards when they won back-to-back Stanley Cups in 2016 and 2017, early in the respective tenures of Rutherford and head coach Mike Sullivan.

This uptick on the speedometer isn’t just noticeable to veterans like Letang, either. Even those who are bringing said quickness to the table have complimented the pace at which everyone has been playing at in camp.

“I’ve been really impressed,” Matheson said. “It’s obviously going to be a strength of our team, speed and playing fast. And that’s the name of my game.”

Bringing in fleet-footed players like Matheson will improve the straight-line speed of any hockey club. But anyone in hockey will tell you there’s a big difference between skating fast and playing fast. A lot goes into truly unlocking the maximum potential of speed.

Sullivan will try and recreate that Mach-5 magic again with this year’s souped-up squad, but there’s more to playing fast than just throwing speedy players into the lineup.

“There’s different forms of speed,” Sullivan said. “We talk about this with our players all the time. There’s ‘mind speed’, first and foremost: your ability to process the game. Guys who can process the game quickly usually have great anticipation skills and reaction skills and they get to spots sooner than others because they see the game quicker. That’s an element of speed and gives the player an ability to play fast.

“There’s puck support, some of the concepts we’re going over and trying to instill in our group right now that allow us to be predictable for one another yet still unpredictable for our opponent. The puck moves faster than any one person can skate, so if we have the ability to change the point of attack and support the puck extremely well, then we can improve our team speed in that capacity as well.

“Then, of course, there’s sheer physical speed. We have a number of different guys on our team that can help us in that capacity. We feel that we’ve checked a lot of those boxes on our team with the personnel that we have, and we’re going to try to instill a game plan that leverages that overall speed.”

But given all of the intricacies that Sullivan laid out when one tries to “play fast”, is it possible to implement a fullproof gameplan to do so with such an abbreviated training camp?

Multiple Penguins have mentioned how prepared they feel for the impending start of the season because of how fast things have been in practice. Jason Zucker took that sentiment a step further, and believes the accelerated timeline has forced the Penguins to harness their speedy style in short order.

“I feel like it’s easier to gain that speed through a camp like this, and that’s because we have no choice,” Zucker. “These practices, drill after drill, we’re pushing the pace. These scrimmages are the same way with a gold team and a black team trying to execute the same system, you have to make sure you’re on top of your game and playing fast. It’s working to our advantage right now, and I feel like we’re going to come out of the gate on fire.”