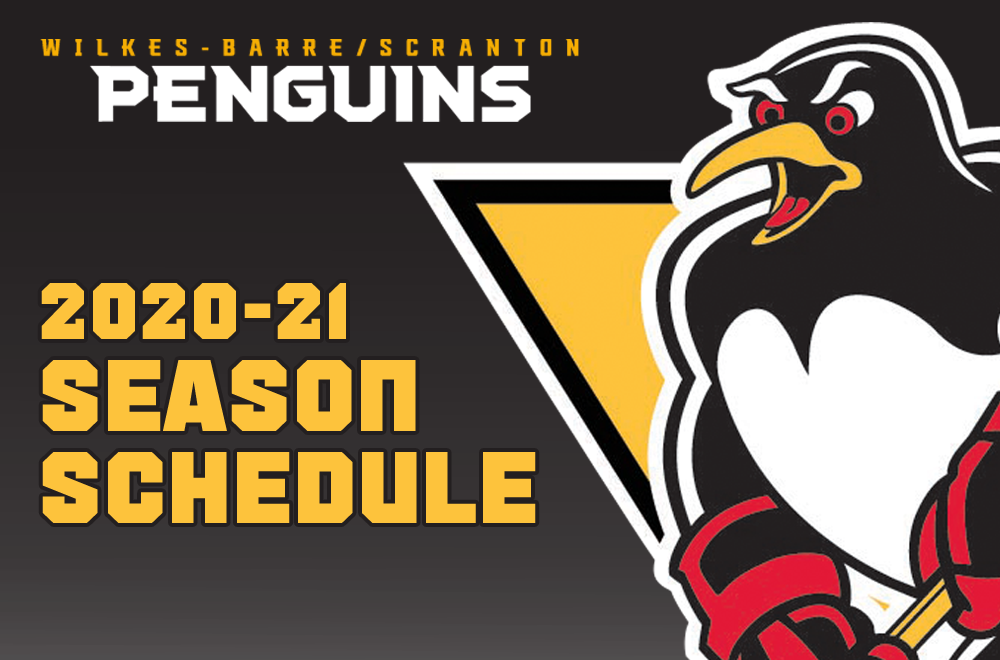 WILKES-BARRE, Pa. – The Wilkes-Barre/Scranton Penguins’ full 2020-21 schedule was released today by the American Hockey League, featuring 32 games to be played over the 99 days.

Under the guidance of new head coach J.D. Forrest, the Penguins will play 16 home games and 16 games on the road, each of which will be a featured showdown with four teams in the North Division.

Wilkes-Barre/Scranton will open its season on Saturday, Feb. 6 by hosting the Binghamton Devils at Mohegan Sun Arena at Casey Plaza.

No fans will be permitted to attend games at Mohegan Sun Arena at Casey Plaza at the start of the season, but Penguins Season ticket holders will be able to watch the season opener along with every home and away game this season with AHLTV.

Season ticket holders, both new and existing, with the Penguins will receive a complementary team pass for the American Hockey League’s high-definition streaming service for the entirety of the 2020-21 season.

All 32 of the Penguins’ regular season games will be broadcast locally and streamed online via their radio partner, WILK Newsradio 103.1 FM.

Wilkes-Barre/Scranton will also suit up for two preseason games in preparation for their 2020-21 season. The Penguins will visit Lehigh Valley on Jan. 29 and Binghamton on Feb. 1.

The Penguins’ full 2020-21 schedule is as follows. Home games are listed in bold.

* = All Binghamton home games will be played at the Prudential Center in Newark, NJ
** = All dates and times are subject to change