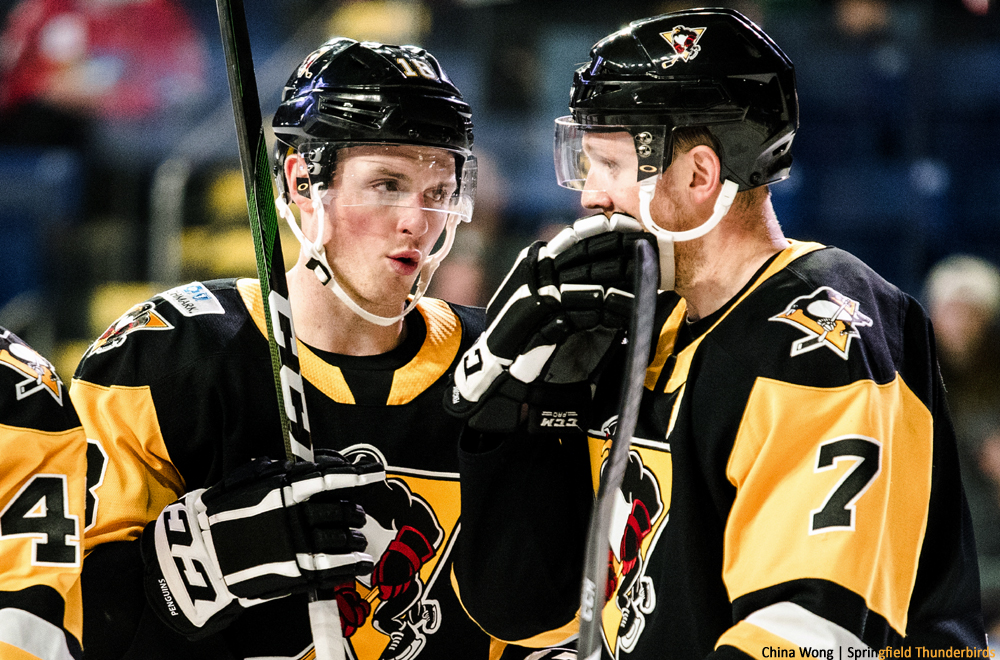 The Pittsburgh Penguins have recalled defenseman Kevin Czuczman on an emergency basis and forward Sam Lafferty from the taxi squad, it was announced today by interim general manager Patrik Allvin.

Forwards Anthony Angello and Frederick Gaudreau as well as defensemen Will Reilly and Yannick Weber have been assigned to the taxi squad.

Forward Drew O’Connor‘s status has been changed from an emergency recall to regular recall.

Czuczman, 30, will be looking to make his Pittsburgh debut tonight in Boston.

Czuczman has spent the last three seasons with the Wilkes-Barre/Scranton Penguins of the American Hockey League, representing the team as an alternate captain since 2017. Last season, Czuczman recorded 10 points (2G-8A) in 38 games with WBS.

In total, the Port Elgin, ON native has recorded 24 goals, 96 assists and 120 points in 374 career AHL games split between WBS, Bridgeport and Manitoba.

The undrafted Czuczman signed with the Penguins as a free agent in the summer of 2017 and then was re-signed to a two-year contract on June 26, 2019.

The Hollidaysburg, PA native spent the majority of his rookie season with Pittsburgh in 2019-20, recording six goals, seven assists and 13 points with a plus-5 in 50 games. In parts of three seasons with WBS from 2018-20, Lafferty recorded 17 goals, 38 assists and 55 points in 53 games.