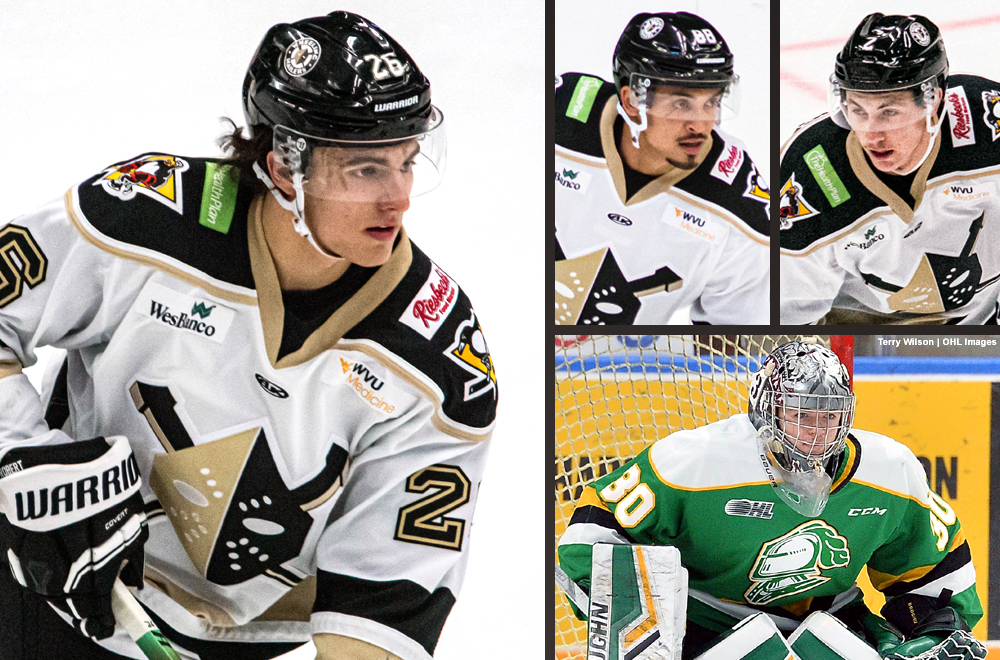 WILKES-BARRE, Pa. – The Wilkes-Barre/Scranton Penguins announced today that they have recalled forward Félix Robert from their ECHL affiliate, the Wheeling Nailers. Furthermore, the Penguins have signed forward Michael Joly and defenseman Dylan MacPherson to professional tryout agreements and goaltender Brett Brochu to an amateur tryout agreement.

All three skaters started the 2020-21 season with Wheeling. Through 10 games played, Robert leads the team with five goals and has amassed six total points. Joly is tied for the team lead with seven points (2G-5A) in nine games. MacPherson has earned two assists in his 10 contests as a Nailer.

Brochu, an 18-year-old undrafted free agent, is coming off one of the most prolific seasons in the history of the Ontario Hockey League. By posting a 32-6-0 record with the London Knights, Brochu set the OHL’s all-time record for wins by a 16 or 17-year-old rookie. His 2.40 goals against average led the entire league, and his .919 save percentage and 32 wins both ranked second overall. For his efforts, the Windsor, Ontario native was named to the OHL All-Rookie Team.

Robert signed an AHL contract with Wilkes-Barre/Scranton in August following an explosive season with the Sherbrooke Phoenix in the Québec Major Junior Hockey League. The native of Lac-Mégantic, Québec led Sherbrooke with 56 assists and 92 points, which were both good enough for fourth-most in the entire QMJHL. His career-high 36 goals also ranked second on the Phoenix.

Joly is in his fifth season of pro hockey, spending he previous two years in the AHL with the Colorado Eagles. In 136 career AHL games with Colorado, the Hartford Wolf Pack and San Antonio Rampage, he posted 34 goals and 34 assists for 68 points. The 25-year-old from Gatineau, Québec also captured the Kelly Cup with the Eagles as ECHL Champions in 2018. Joly led all players with 29 points (13G-16A) en route to being named playoffs MVP.

MacPherson spent the previous season in the Springfield Thunderbirds organization, splitting his rookie year as a pro between Springfield and the Greenville Swamp Rabbits (ECHL). MacPherson posted an assist in four career games with the Thunderbirds, and he earned 17 points (4G-13A) in 54 games in Greenville.

DEVELOPMENT CAMP NOTEBOOK: Matt Murray makes a name for himself