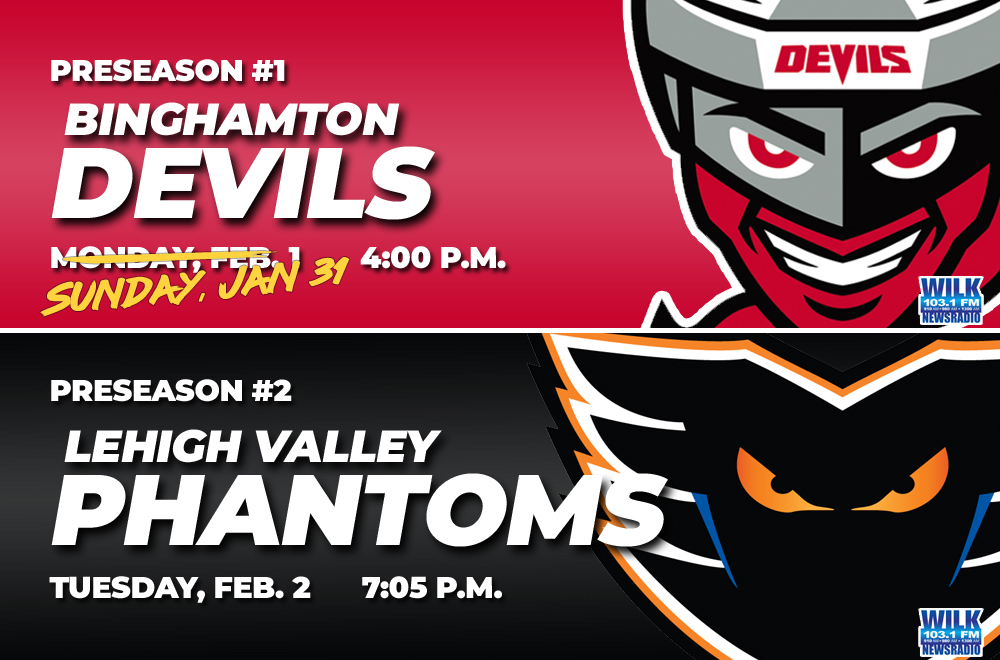 WILKES-BARRE, Pa. – Due to the impending winter storm, the Wilkes-Barre/Scranton Penguins and Binghamton Devils have rescheduled their preseason game to tomorrow, Sunday, Jan. 31, at 4:00 p.m.

The game was originally slated for Monday, Feb. 1. The game will still take place at RWJBarnabas Health Hockey House inside of Prudential Center in Newark, New Jersey.

Both preseason games will be broadcast live on the Penguins’ flagship radio station, WILK Newsradio 103.1 FM.