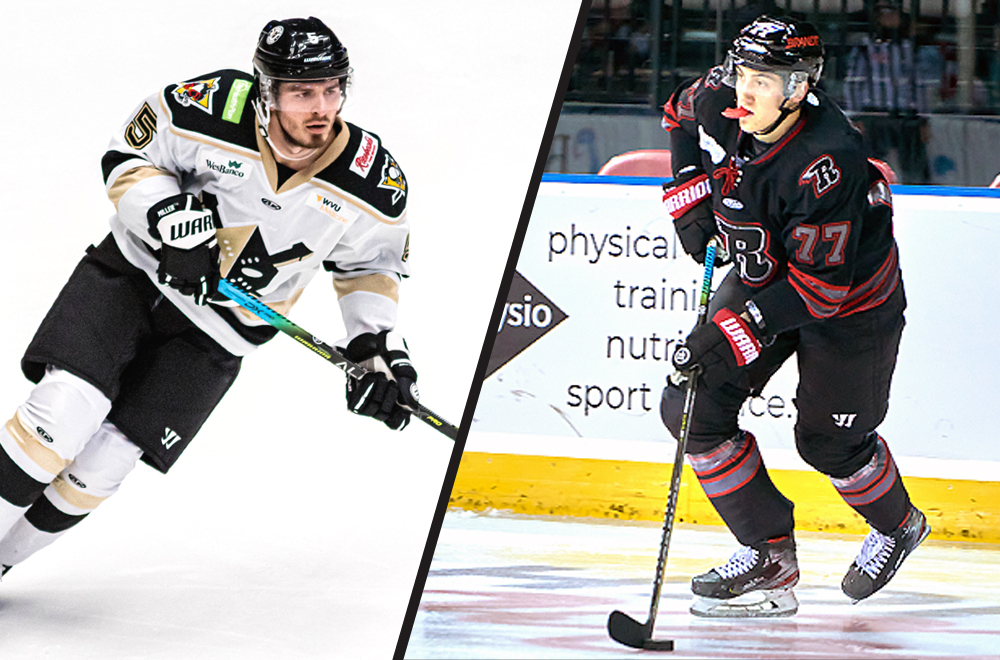 The duo of rookie defenders come to the Penguins from the team’s ECHL affiliate, the Wheeling Nailers. Miller has registered two assists in his first nine games as a pro, while Cormier recorded no points in eight combined games between Wheeling and the Rapid City Rush.

Prior to turning pro, Miller spent four years patrolling the blue line for Ohio State University. In four years with the Buckeyes, he racked up 64 points (19G-45A) in 119 games. Miller also led all OSU defensemen in goals and points during his sophomore, junior and senior seasons, and he was named to the Big 10 All-Tournament Team in 2018.

Last season, Cormier was a standout freshman at the University of Ottawa. Recording three goals and 17 assists for 20 points in 27 games with the Gee-Gees, he was named to the 2019-20 Ontario University Athletics All-Rookie Team. He also played 259 games in the Québec Major Junior Hockey League, split between the Rimouski Océanic and Victoriaville Tigres. The Moncton, New Brunswick native managed 132 points (30G-102A) in his QMJHL career, and he led all Tigres defensemen with 12 goals, 32 assists, 44 points and 19 power-play points in 2018-19.

The Nailers acquired the 23-year-old Cormier on Jan. 11, 2021 by claiming him on waivers from Rapid City.

The Penguins’ next game is tomorrow, Thursday, Feb. 4, against the Lehigh Valley Phantoms. The final game of Wilkes-Barre/Scranton’s preseason schedule will begin at 6:05 p.m. at PPL Center. The Penguins’ 2020-21 season opener is Saturday, Feb. 6 against the Binghamton Devils. Puck drop is scheduled for 5:00 p.m. at Mohegan Sun Arena at Casey Plaza.