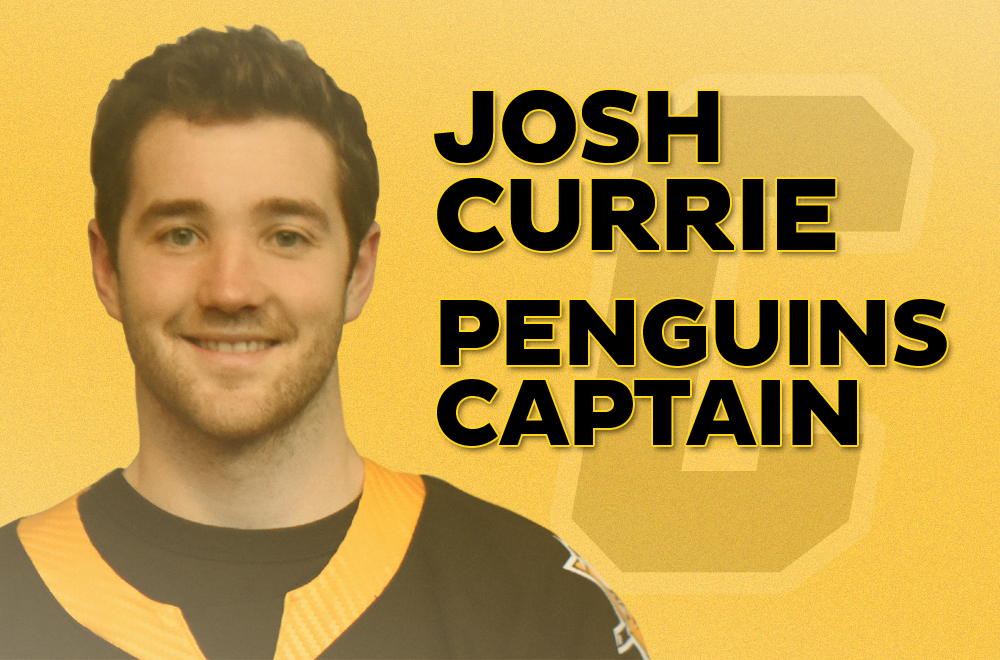 WILKES-BARRE, Pa. – The Wilkes-Barre/Scranton Penguins announced today that forward Josh Currie has been selected as the team’s captain for the 2020-21 season.

“[Currie] has shown from his attitude, his work ethic in practice and in games the qualities that we’re looking for someone to lead this team through this season,” said Penguins head coach J.D. Forrest. “He hasn’t stopped working since he stepped his foot through the door.”

This will be Currie’s first season with the Penguins, and his first wearing the “C” as a pro. He previously served as the captain of the P.E.I. Rocket of the Québec Major Junior Hockey League during the 2011-12 and 2013-14 seasons. The 28-year-old was an alternate captain the past two years in the AHL with the Bakersfield Condors.

Currie joins the Penguins after posting a team-leading 24 goals and 41 last season with the Condors. Currie is also one of only two players to have scored at least 20 goals in each of the last four AHL seasons.

Originally an undrafted prospect who worked his way up to the NHL, Currie has amassed 472 professional games played across the ECHL, AHL and NHL over the past eight seasons.

“It’s a tremendous honor to be captain, especially in a great organization like Wilkes-Barre/Scranton and its great history,” Currie said. “It’s not something I’m going to take for granted. I’m going to do my best to represent this team on and off the ice.”

The Penguins’ next game is their 2020-21 season opener as they take on the Binghamton Devils on Monday, Feb. 8 at Mohegan Sun Arena at Casey Plaza. Puck drop between the Penguins and Devils is scheduled for 5:00 p.m.