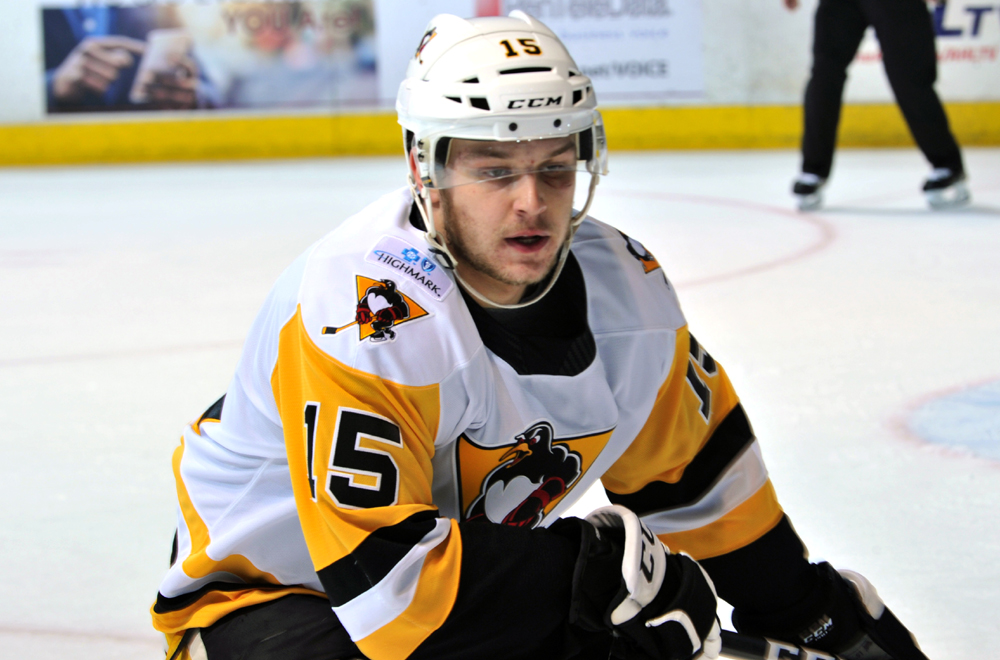 The Pittsburgh Penguins have re-assigned forward Jordy Bellerive to the Wilkes-Barre/Scranton Penguins of the American Hockey League, it was announced by general manager Ron Hextall.

Forward Josh Currie has been re-assigned to the taxi squad.

Bellerive, 21, has been on the Pittsburgh taxi squad since February 19.

A North Vancouver, British Columbia native, Bellerive has appeared in three games for WBS this season, scoring two goals. In 59 career AHL games, all with WBS, Bellerive has recorded 14 goals, 10 assists and 24 points.

Wilkes-Barre/Scranton wraps up a home-and-home series with the Lehigh Valley Phantoms this evening at 7:05pm.  Fans can catch all of the action on WILK News Radio, and via AHLTV.com