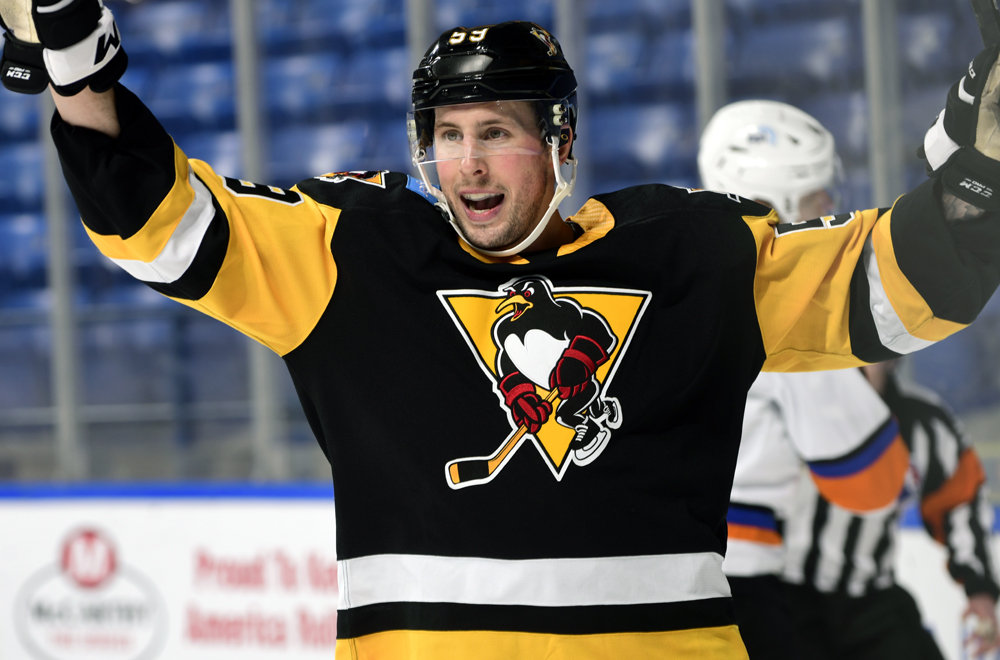 Penguins have points in six-straight games

Wednesday, Mar. 3 – PENGUINS 1 vs. Syracuse 2 (SO)
A tight-checking contest ended with Wilkes-Barre/Scranton falling to Syracuse in a shootout, 2-1. After a quiet first period, Jon Lizotte put the Penguins on the board first. Jan Drozg and Jonathan Gruden both hit the post later in the second period, unable to increase the Pens’ lead. The Crunch knotted things up early in the third, and a wild OT gave way to a shootout that went Syracuse’s way.

Saturday, Mar. 6 – PENGUINS 6 at Binghamton 3
The Penguins scored six unanswered goals to erase a 3-0 deficit and defeat the Devils in Newark, NJ. The Pens started their rally with a pair of power-play goals from Radim Zohorna and Jordy Bellerive. Gruden tied the game, 3-3, with is first pro goal, also a man-advantage marker. Lizotte granted Wilkes-Barre/Scranton the lead late in the second period, followed by Drozg and Drew O’Connor tacking on insurance markers in the third. Cam Lee assisted on all three power-play goals.

Monday, Mar. 8 – PENGUINS 3 vs. Lehigh Valley 4 (OT)
Wilkes-Barre/Scranton had to come from behind again, but fell in overtime to Lehigh Valley. Tim Schaller led the way with three points (2G-1A), while his linemates Josh Currie (1G-1A) and O’Connor (2A) also racked up multi-point nights. The Pens tied the game, 3-3, late in regulation with a power-play goal against the league’s No. 1 penalty kill unit. However, Ryan Fitzgerald notched the winner for the Phantoms in OT.

Saturday, Mar. 13 – PENGUINS at Syracuse
With their six-game point streak in tow, the Penguins head back to the site of their first win of 2020-21. The last time Wilkes-Barre/Scranton visited Syracuse, it earned a 5-4 victory. Since Jan. 1, 2017, the Penguins have played the Crunch 14 times. They are dead even with seven wins each in that time.

– The last time Wilkes-Barre/Scranton scored six unanswered goals during a comeback win was Dec. 10, 2016, Oskar Sundqvist’s four-goal outing in a 6-2 victory vs. Hershey.

– The 43 shots on goal the Penguins generated on Saturday was their most all season.

– Wilkes-Barre/Scranton’s power play is 29.4 percent with Josh Currie in the lineup. The Penguins’ power play is 16.7 percent in the six games without Currie.

– The Penguins are 9-2-1-0 when Jordy Bellerive scores a goal. Six of those nine wins were in games decided by one goal. 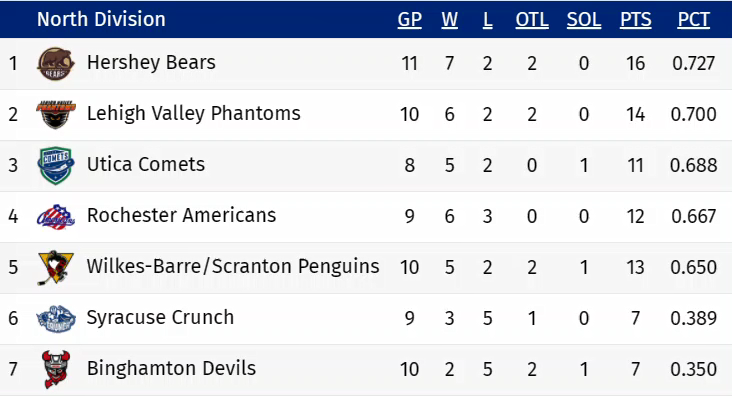 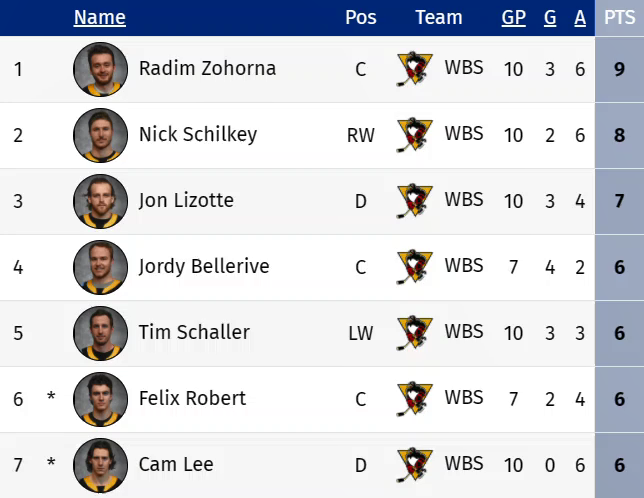