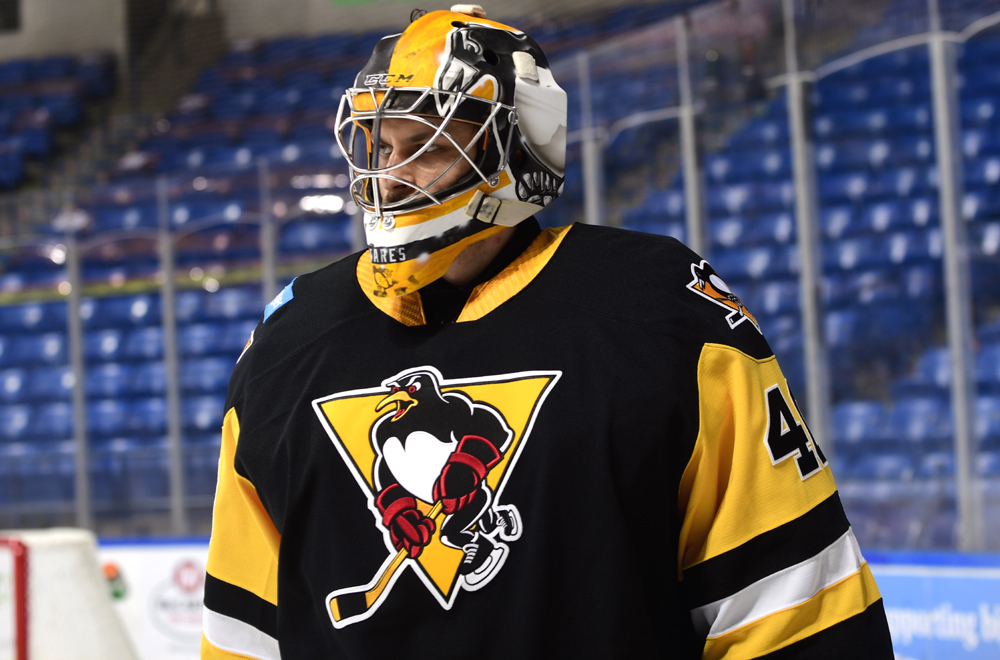 WILKES-BARRE, Pa. – The Wilkes-Barre/Scranton Penguins announced today that they have recalled goaltender Shane Starrett from the team’s ECHL affiliate, the Wheeling Nailers.

Starrett, a six-foot-five, 26-year-old goalie, appeared in two games for the Penguins, accruing a 1-0-1 record, 3.89 goals against average and .860 save percentage.

Prior to the start of Wilkes-Barre/Scranton’s 2020-21 season, Starrett played eight games for Wheeling. He also played one game with the Nailers after being reassigned by the Penguins on Mar. 13. In that contest, Starrett posted a season-high 45 saves against the Fort Wayne Comets. During his nine games with Wheeling, the Bellingham, Massachusetts native earned a record of 2-4-3 in addition to a 3.47 goals against average and .889 save percentage.

Prior to signing with the Penguins, Starrett played three seasons in the Edmonton Oilers organization. In 2018-19, he led all AHL rookie netminders with 27 wins and a .918 save percentage en route to being named to the AHL All-Rookie Team. In 61 career AHL games, Starrett has a 34-15-7 record, a 2.89 goals against average, .905 save percentage and four shutouts.

Starrett also played in the ECHL All-Star Game for the Wichita Thunder during his first season as a pro, 2017-18. In 47 career ECHL contests, he has a 19-17-7 record to go with a 3.08 goals against average, .909 save percentage and one shutout.

Fans who wish to purchase individual game tickets for the Penguins’ remaining games in March or become a season ticket member for the upcoming 2021-22 season can contact the team’s front office at (570) 208-PENS.