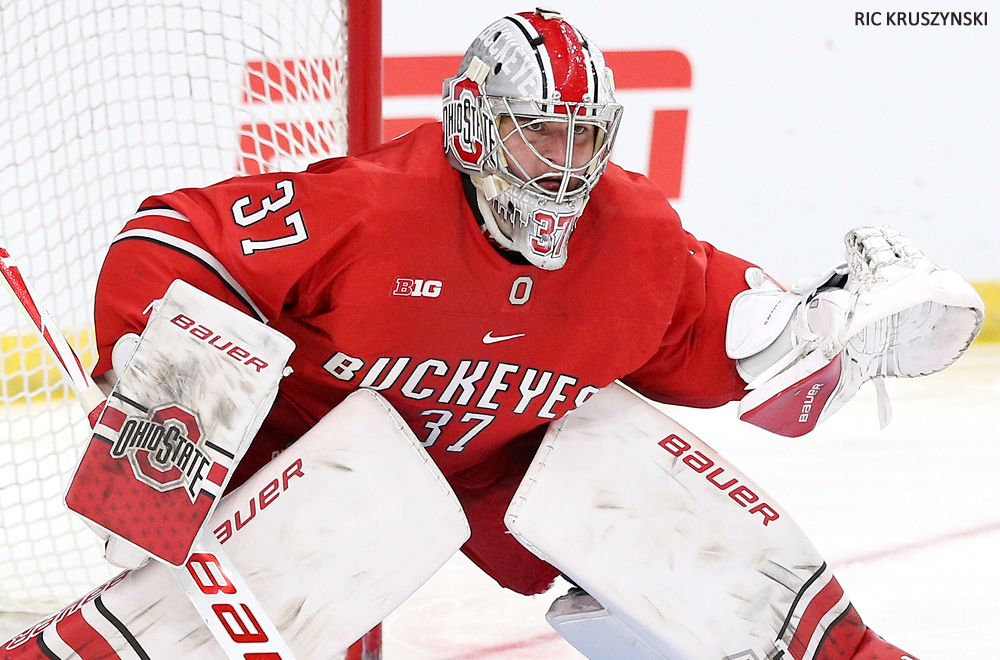 WILKES-BARRE, Pa. – The Wilkes-Barre/Scranton Penguins announced today that they have signed goaltender Tommy Nappier to a three-year, American Hockey League contract beginning in the 2020-21 season.

At the end of his four years at Ohio State, Nappier ranks third all-time in Buckeyes history with a .925 career save percentage, fourth in career shutouts (8) and fifth in career goals against average (2.31).

The native of St. Louis, Missouri is coming off his senior season with Ohio State, during which he placed second in the nation with 700 total saves. During the 2020-21 campaign, Nappier recorded a 7-16-1 record, 3.28 goals against average and .906 save percentage with the Buckeyes.

Fans who wish to purchase individual game tickets for the Penguins’ remaining games in March or become a season ticket member for the upcoming 2021-22 season can contact the team’s front office at (570) 208-PENS.