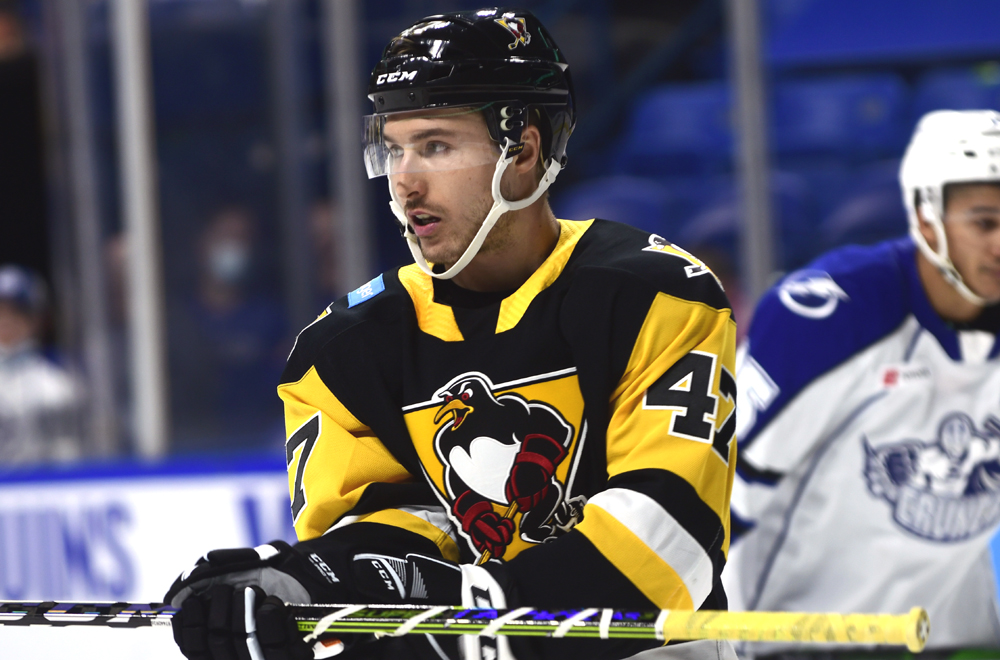 Penguins (5-4-3-1) continue to show their resiliency, will try and win with fans back in the stands

Friday, Mar. 19 – PENGUINS 2 vs. Syracuse 5
Due to Covid-19 protocols affecting the Lehigh Valley Phantoms, Wilkes-Barre/Scranton switched its Friday night opponent to the Syracuse Crunch. The Penguins got to play in front of their fans for the first time all season, but fell behind to the Crunch. Down 4-0, the Penguins started a comeback with goals by Tim Schaller and Drew O’Connor. Despite out-shooting Syracuse 17-4 in the third period, the deficit proved too great to overcome.

Sunday, Mar. 21 – PENGUINS 4 at Lehigh Valley 5 (OT)
The Penguins and Phantoms unleashed a scoring bonanza in the second period. The Phantoms scored three times in less five minutes and seized a 3-1 lead. Wilkes-Barre/Scranton stormed back with a trio of tallies by O’Connor, Jonathan Gruden and Jordy Bellerive and thus took a 4-3 lead into the second intermission. Tanner Laczynski tied the game in the third period and later won the game in OT for the Phantoms.

Wednesday, Mar. 24 – PENGUINS vs. Syracuse
The Penguins get another crack at the Crunch after Syracuse crashed the fans’ homecoming last week. Pens fans can secure their seats for Wednesday night by calling (570) 208-PENS or visiting wbspenguins.com (while supplies last).

Friday, Mar. 26 – PENGUINS vs. Hershey
Wilkes-Barre/Scranton will refamiliarize itself with the Hershey Bears, as the two rivals haven’t met in over a month. The Penguins won the last clash at home, but now they have the chance to do so in front of a crowd.

Sunday, Mar. 28 – PENGUINS vs. Hershey
The Penguins have a Sunday matinée meeting with the Bears, this time at Giant Center. Hershey rookie Connor McMichael has scored in three games this season and has the game-winner in all three games.

– With his team-leading 11 points in 13 games, Nick Schilkey is already halfway towards matching his entire offensive output last year, 22 points in 49 games.

– All four of Tim Schaller’s goals and seven of his eight points on the season have come on home ice.

– By being held without a shot on Sunday, Josh Currie had a streak of 62 consecutive games with at least one shot on goal snapped. 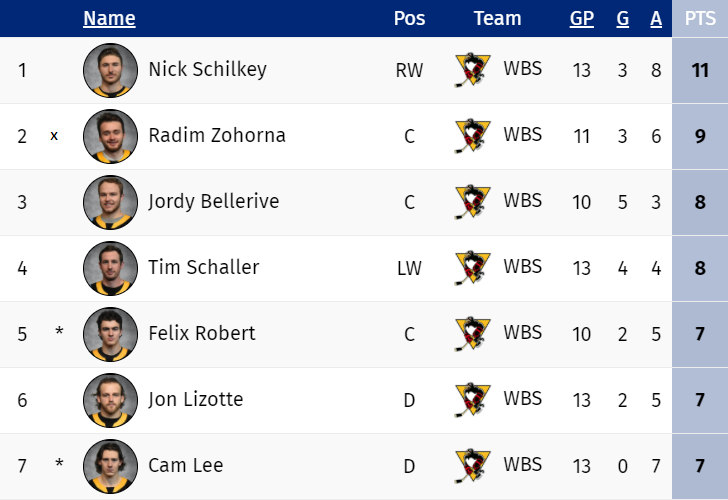