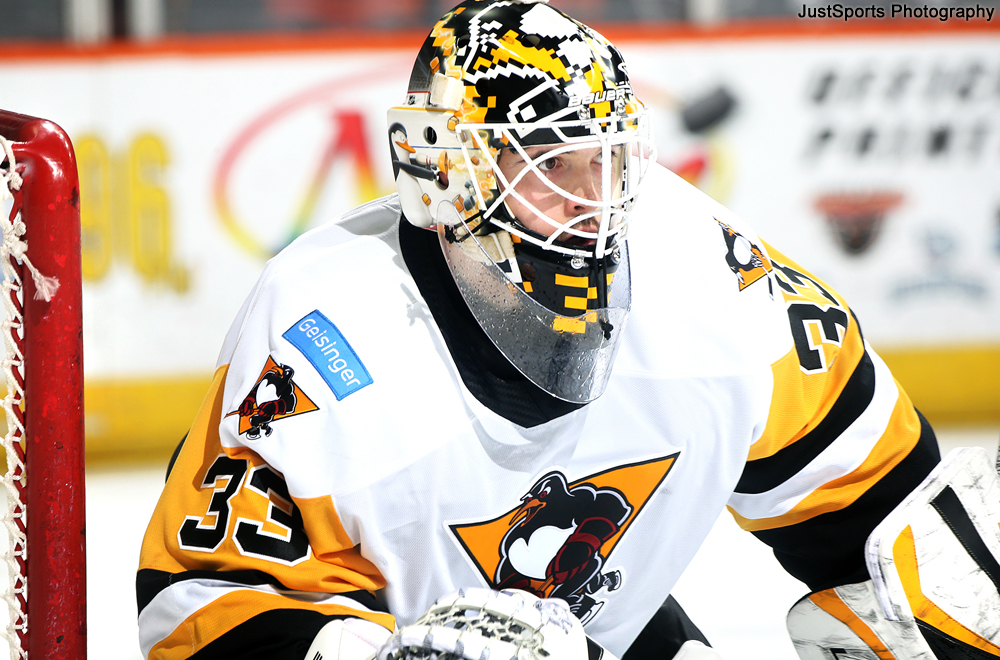 ALLENTOWN, Pa. – The Wilkes-Barre/Scranton Penguins ended up on the wrong side of the shootout in a 5-4 loss to the Lehigh Valley Phantoms on Saturday night at PPL Center.

Wilkes-Barre/Scranton (6-7-3-2) received an excellent performance in net from rookie goaltender Alex D’Orio, but at the conclusion of the back-and-forth, high-scoring affair, two goals and a shootout tally from Tyson Foerster lifted Lehigh Valley to victory.

Lehigh Valley lit the lamp 4:47 into the game. Félix Robert answered for Wilkes-Barre/Scranton less than a minute later, tying the game, 1-1.

The Penguins seized their first lead of the night with a power-play goal by Drew O’Connor, but the Phantoms flipped the script and responded within a minute to even the scales again, 2-2.

With time ticking down in the first period, Pierre-Olivier Joseph put the Penguins back on top, 3-2, with a perfectly placed shot on the man advantage. The puck slammed off the back bar right where the post and crossbar meet, and after a moment’s hesitation (and possibly disbelief) on the referee’s part, he signaled that it was a good goal with 20.5 seconds left in the frame.

The second period featured less firepower than the first, but still showcased a pair of great shots. Jan Drozg took advantage of a Phantoms turnover and launched a wicked wrister past Zane McIntyre with 5:01 left in the middle frame. Wade Allison cut the Phantoms’ deficit down to one less than two minutes after that with a blazing shot off the rush.

The Phantoms pressed hard for an equalizer in the third period, but D’Orio pulled off several sprawling, desperation saves to keep the Penguins ahead. Eventually, the pressure became too much for the Penguins to bear, spoiling D’Orio’s heroic effort between the pipes. With the goalie pulled for an extra attacker, Foerster scored his second goal of the game and sent the game to overtime tied 4-4.

Nobody scored in the five-minute, three-on-three session, giving way to a shootout. Foerster scored on the first attempt for either side and ultimately proved to be the only goal of the shootout.

Wilkes-Barre/Scranton’s next game is a home game, Saturday, Apr. 10 against the Binghamton Devils. Puck drop between the Penguins and Devils is slated for 7:00 p.m. Tickets to Wilkes-Barre/Scranton home games in April will be available to the general public on Monday, Apr. 5 starting at 10:00 a.m.