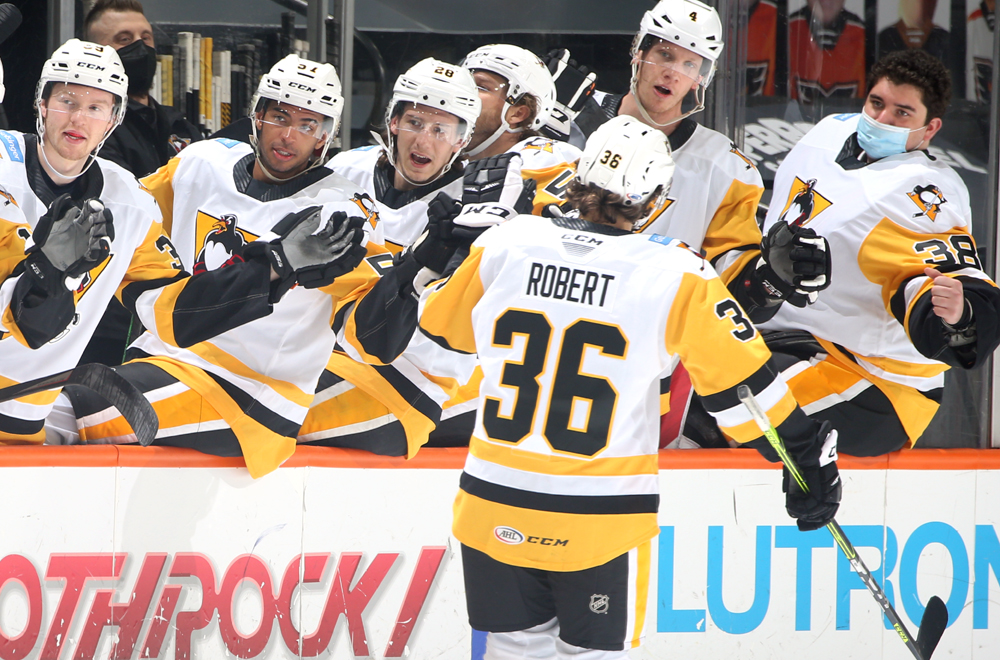 After a pair of overtime games, Penguins (6-7-3-2) return home to play in front of fans

Wednesday, Mar. 31 – PENGUINS 3 at Binghamton 2 (OT)
Another down-to-the-wire game finally went the Penguins’ way, as Jordy Bellerive played the role of hero with 17.4 seconds left in overtime. Jan Drozg and Nick Schilkey picked up Wilkes-Barre/Scranton’s goals in regulation, the latter of which was the team’s first five-on-three power-play goal this season.  Alex D’Orio turned aside 22 shots for the first AHL win of his career.

Saturday, Apr. 3 – PENGUINS 4 at Lehigh Valley 5 (SO)
This Penguins ended up on the wrong side of a shootout decision at PPL Center, despite a profile-raising performance by D’Orio. Félix Robert pulled the Pens out of an early deficit, and then a pair of power-play goals by Drew O’Connor and P.O Joseph granted the team a 3-2 lead going into the first intermission. Drozg made it 4-2, only for Wade Allison and Tyson Foerster to spearhead a Lehigh Valley comeback. Foerster later scored the shootout’s only goal, as well.

Saturday, Apr. 10 – PENGUINS vs. Binghamton
The Penguins return to their fans on home ice to dance with the Devils again. Binghamton has only won one game on the road all season, but that was the 2020-21 season opener at Wilkes-Barre/Scranton. In all three meetings between the Pens and Devs this season, the team that scored first has lost. Five of Cam Lee’s eight points during his rookie season have come against Binghamton.

Sunday, Apr. 11 – PENGUINS at Hershey
The Bears host the Penguins for another Sunday matinée at Giant Center two weeks removed from doing the same. Hershey is 4-1-0-0 against Wilkes-Barre/Scranton this season, but every game has been close. To that point, the Pens have allowed four empty-net goals this season, and three have been to Hershey.

– Of Jordy Bellerive’s 19 career goals, 11 have come in the third period or overtime.

– All three of Wilkes-Barre/Scranton’s games at Lehigh Valley this season have ended post-regulation by a score of 5-4.

– Dating back to last season, the Penguins’ last five games at PPL Center have required overtime. 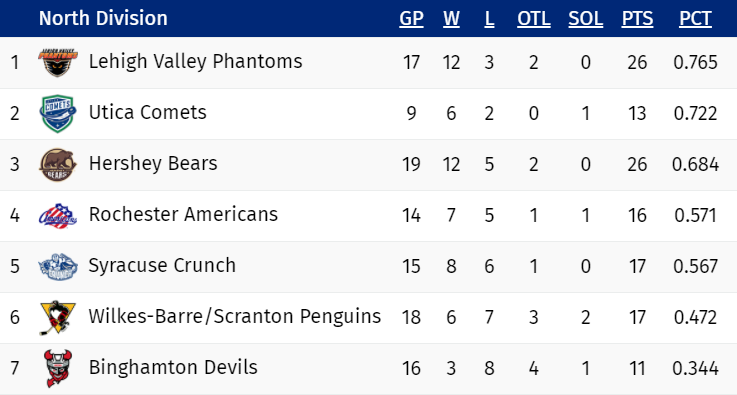 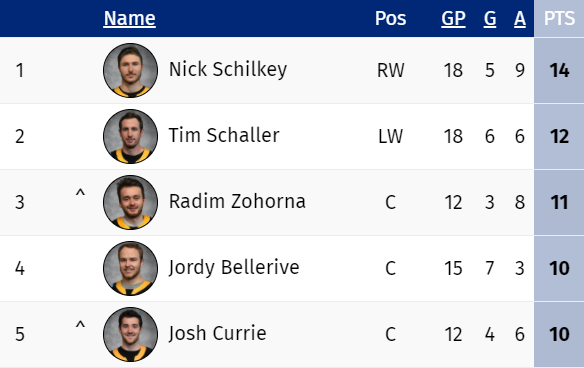