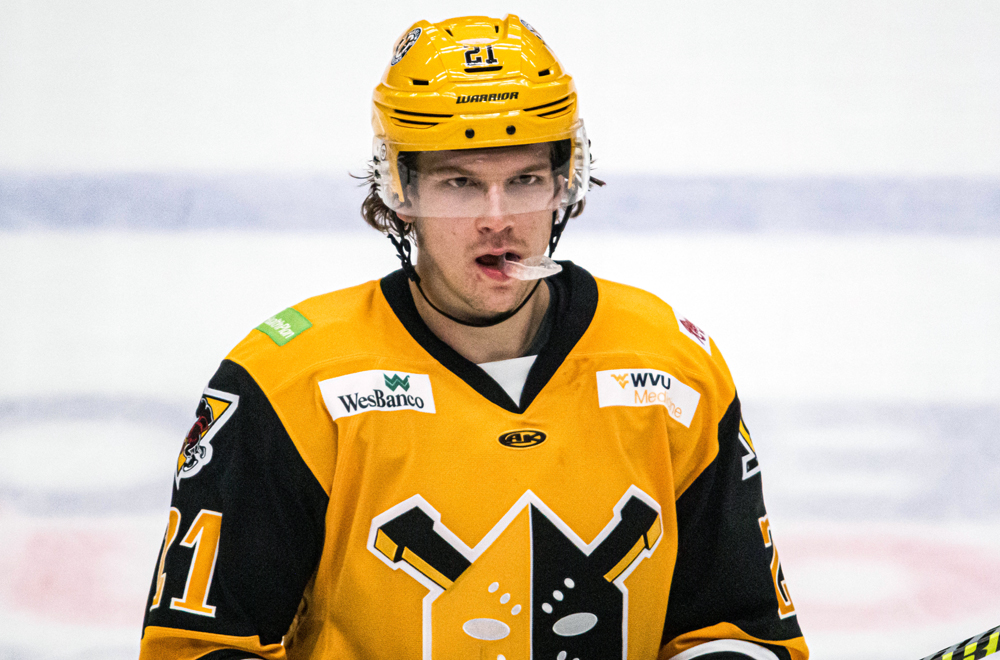 WILKES-BARRE, Pa. – The Wilkes-Barre/Scranton Penguins announced today that they have signed forward Matt Alfaro to a professional tryout agreement.

Alfaro, 24, started his pro career this season with the Penguins’ ECHL affiliate, the Wheeling Nailers. The Calgary, Alberta native currently leads the team with 19 assists, and his 30 points place him second on the team. Alfaro is coming off of a pair of explosive performances, combining for six points (2G-4A) in Wheeling’s last two games.

Prior to joining the Nailers, Alfaro spent three years playing for the University of Calgary. In his third and final season with the Dinos, he topped the team in goals (15), assists (21), points (36) and penalty minutes (68). Alfaro wrapped up his Canadian University career having posted 24 goals, 44 assists for 68 points in 78 games.

Alfaro also played four seasons of major junior hockey in the Western Hockey League from 2013-17. During the 2016-17 season, Alfaro was traded to the Lethbridge Hurricanes, where he played as a teammate of current Penguins forward Jordy Bellerive. In 263 WHL games with Lethbridge and the Kootenay Ice, Alfaro put up 155 points (62G-93A).

Wilkes-Barre/Scranton’s next game is tomorrow, Saturday, Apr. 10 against the Binghamton Devils. Game time is scheduled for 5:00 p.m. at Mohegan Sun Arena at Casey Plaza. Fans who wish to purchase individual game tickets for the Penguins’ remaining home games in April or become a season ticket member for the upcoming 2021-22 season can contact the team’s front office at (570) 208-PENS.