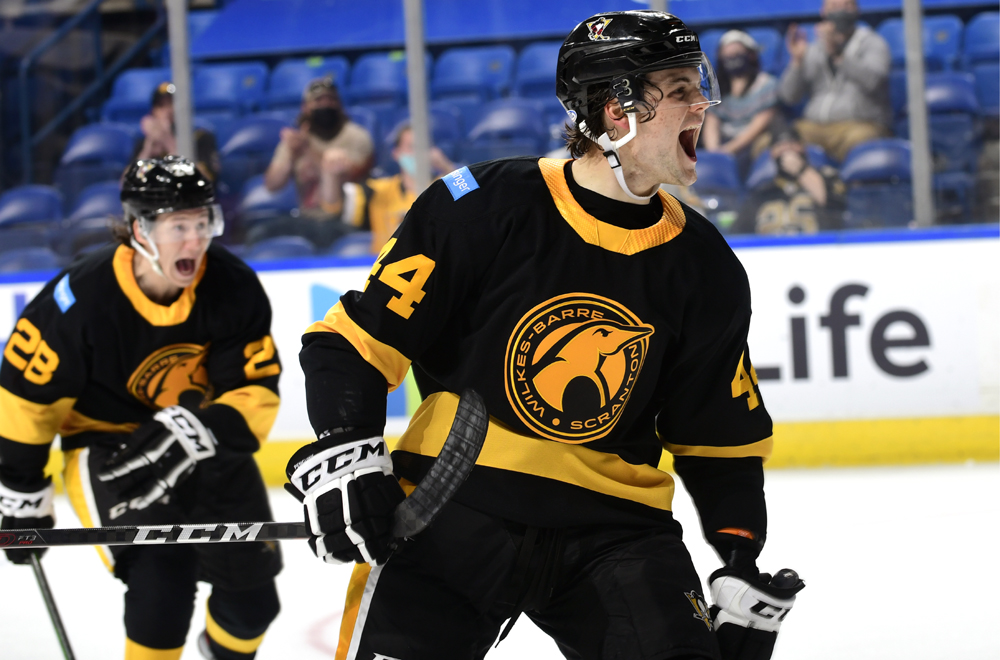 Saturday, Apr. 10 – PENGUINS 5 vs. Binghamton 4 (OT)
An absolutely thrilling game between the Penguins and Devils ended on a familiar note, as Jordy Bellerive buried the overtime game-winner for Wilkes-Barre/Scranton. The Devils got out to a 3-1 lead in the second period, before a diving play by Félix Robert pulled the Penguins within one with 22.2 seconds left in the middle frame. Cam Lee’s first goal of the season tied the game, 3-3, and a shorthanded goal by Chase Berger put the Penguins in a brief lead before an extra-attacker goal by the Devils sent the game to OT. Bellerive’s winner was his team-leading eighth goal of the year.

Sunday, Apr. 11 – PENGUINS 0 at Hershey 2
Bellerive and the Penguins had a power-play, game-tying goal wiped out in the third period of their latest visit to Giant Center. Bellerive collected his own rebound and thrust it to the back of the net roughly seven and a half minutes into the third period. The goal did not count. A later empty-net goal sealed the win for Hershey.

Friday, Apr. 16 – PENGUINS vs. Binghamton
The Devils and Penguins will do battle again one week removed from their electrifying tilt at Mohegan Sun Arena at Casey Plaza. Three of the Pens’ games against the Devils this season have gone to OT, and Binghamton has not won on the road since the season opener at Wilkes-Barre/Scranton. The Devils step in to replace the Pens’ originally scheduled opponent, Lehigh Valley.  Game time on Friday has also been moved to 6:00 p.m.

Saturday, Apr. 17 – PENGUINS at Syracuse
The Pens return to the site of their first win of the 2020-21 campaign for a Saturday-night showdown with Syracuse. The Crunch have won seven of their last eight games, averaging 4.5 goals per game in that time.

– All four games between Wilkes-Barre/Scranton and Binghamton this season have been lost by the team that scored first.

– All three of Justin Almeida’s career goals have been against Binghamton.

– Of Jordy Bellerive’s 20 career goals, 12 have come in the third period or overtime. 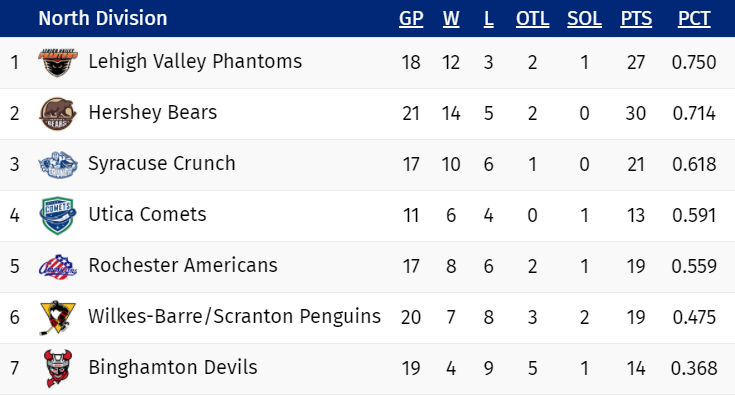 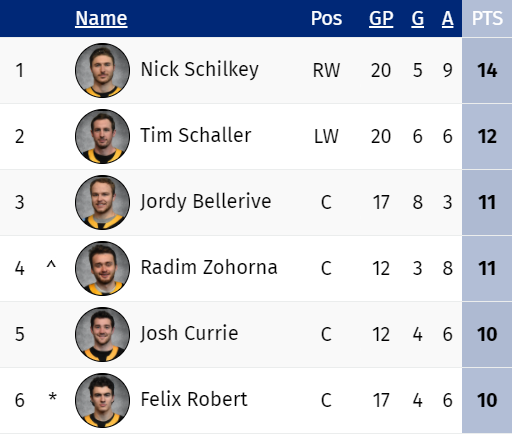