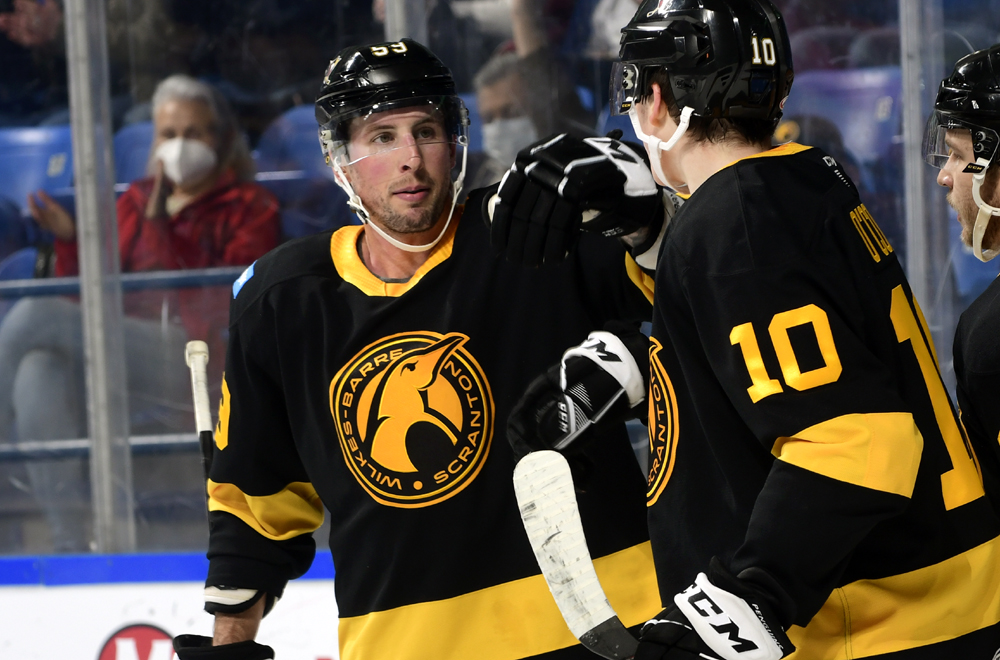 Penguins devising gameplan for back-to-back games against the Bears

Wilkes-Barre/Scranton (7-10-3-2) heads to down I-80 on Saturday afternoon, hosts Hershey on Sunday

Friday, Apr. 16 – PENGUINS 3 vs. Binghamton 6
The lead changed hands three different times at Mohegan Sun Arena at Casey Plaza, but a three-goal outburst in less than three minutes propelled Binghamton to its first road win since Feb. 8. Wilkes-Barre/Scranton tallied a trio of special teams goals, two on the power-play and one shorthanded. Josh Currie led the way for the Penguins with a goal and an assist, while Drew O’Connor and P.O Joseph both notched two assists each. Goalie Tommy Nappier stopped 16 shots while making his pro debut.

Saturday, Apr. 17 – PENGUINS 1 at Syracuse 4
Tim Schaller tied Jordy Bellerive for the team goal-scoring lead with his eighth strike of the season, but his second-period marker was the Penguins’ only goal. Trying to forge a comeback, Wilkes-Barre/Scranton clamped down and allowed only two shots in the third period. Unfortunately, Syracuse’s first shot of the final frame was an empty-net goal with 2:50 left in regulation.

Saturday, Apr. 24 – PENGUINS at Hershey
The Penguins will try and rinse the bad taste from their mouths leftover from their last visit to Giant Center. All three of Wilkes-Barre/Scranton’s last three games in Hershey have ended in a two-goal margin with an empty netter. The Bears are also the only team this season to have the Penguins’ number on the power play. The Pens’ P.K. is 87 percent against all of its other opponents but is 77.8 percent against Hershey.

Sunday, Apr. 25 – PENGUINS vs. Hershey
In the second game of a back-to-back, home-and-home set, the Pens host the Bears at 5:00 p.m. Wilkes-Barre/Scranton forward Nick Schilkey has been his team’s most productive player in the season series, producing five points (1G-4A) in six games.

– Kevin Czuczman has recorded more goals (7) and more points (14) against the Hershey Bears than any other opponent in his seven-year career.

– With a goal and an assist on Friday, Josh Currie reached 200 career points in the AHL.

– Wilkes-Barre/Scranton restricts its opponents to 25.6 shots per game, fifth fewest in the league. 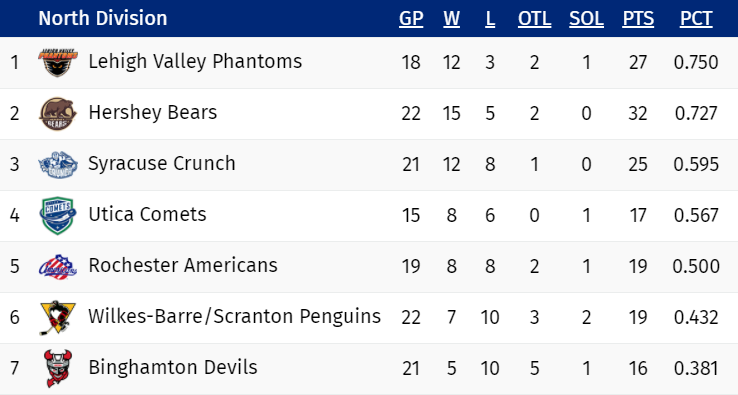 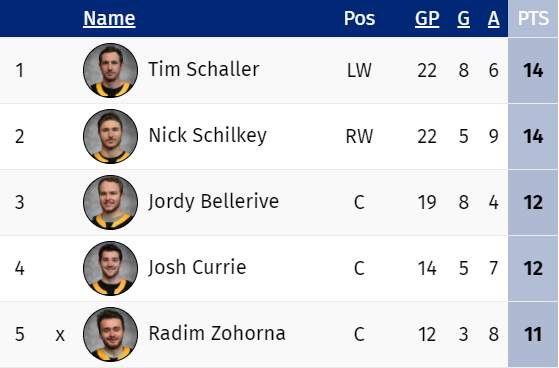