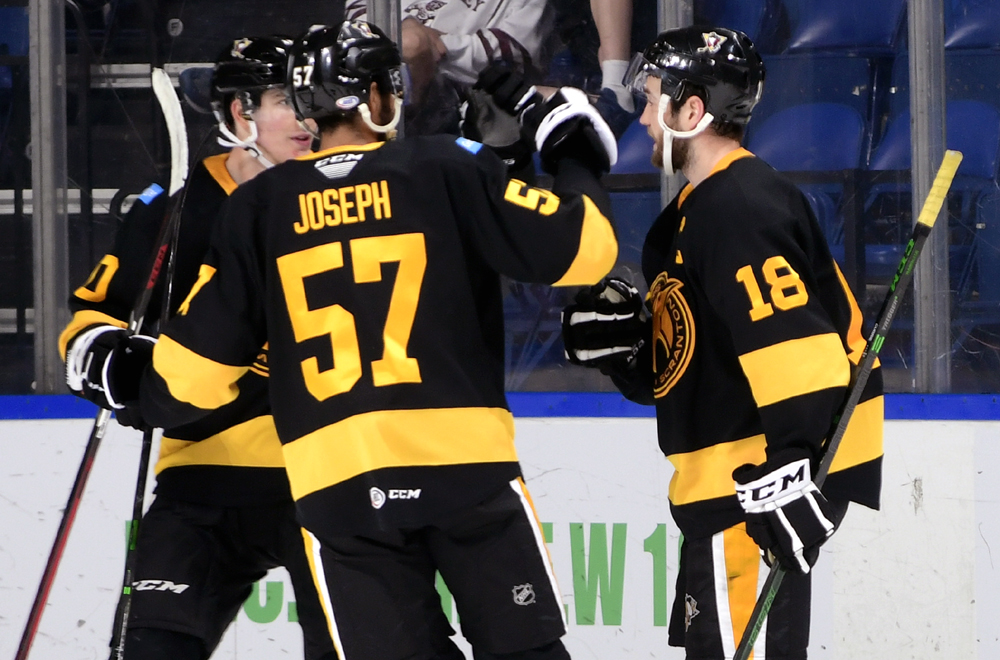 Trio of games await Penguins after confidence-building win on Sunday

Saturday, Apr. 24 – PENGUINS 1 at Hershey 3
Wilkes-Barre/Scranton and Hershey played to a 0-0 tie through 40 minutes, but then the game opened up in the third period. The Bears struck first, but Drew O’Connor answered with a power-play goal. After a failed penalty shot by the Penguins, Hershey found the game-winner with 3:30 left in regulation.

Sunday, Apr. 25 – PENGUINS 6 vs. Hershey 3
Josh Currie paved a path to victory for the Penguins with his two-goal, one-assist outing. In addition to Currie, Wilkes-Barre/Scranton received multi-point outings from Jonathan Gruden (1G-1A), Kyle Olson (2A) and O’Connor (2A). Goalie Alex D’Orio fought off all 16 shots faced in the third period to secure the “W”.

Wednesday, Apr. 28 – PENGUINS vs. Lehigh Valley
Wilkes-Barre/Scranton resumes its rivalry with Lehigh Valley in the Phantoms first visit to Mohegan Sun Arena at Casey Plaza since Mar. 8. The last four games between the Penguins and Phantoms have required overtime. Former Penguin and current Phantoms captain Cal O’Reilly is heating up with six points (1G-5A) in his last six games.

Friday, Apr. 30 – PENGUINS at Binghamton
The Penguins make their final trip to Newark this season to challenge the Devils and end April on a high note. Every game played between the Penguins and Devils has featured a come-from-behind victory this season.

Saturday, May 1 – PENGUINS vs. Hershey
Wilkes-Barre/Scranton will ring in the last month of the 2020-21 season with another showdown against Hershey. The Pens’ recent 6-3 win was the most lopsided decision in the season series thus far, but the Bears still have a 6-2-0-0 record against Wilkes-Barre/Scranton this season.

– All seven of Josh Currie’s goals this season have come at home.

– Wilkes-Barre/Scranton restricts its opponents to 25.8 shots per game, fourth fewest in the league.

– The Penguins have scored eight unassisted goals this season, third-most in the league. 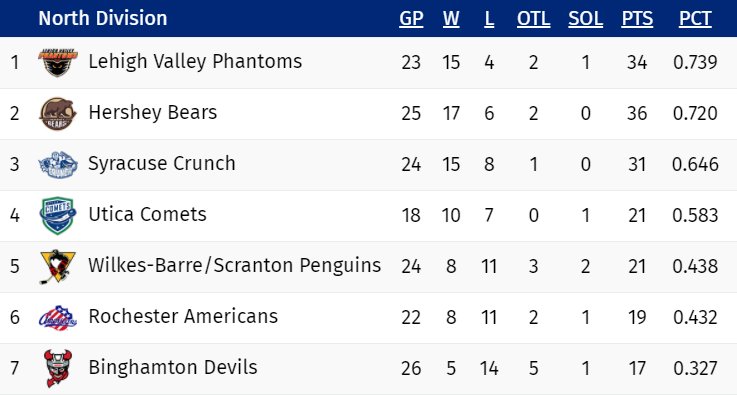 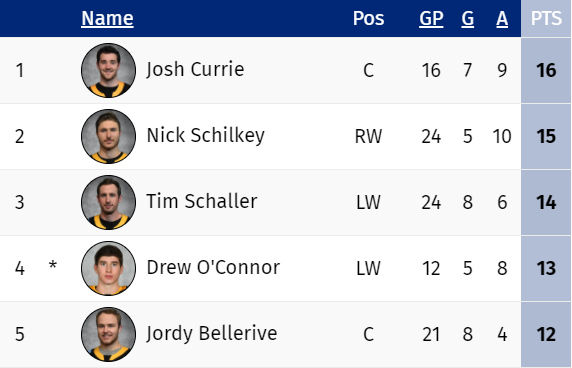