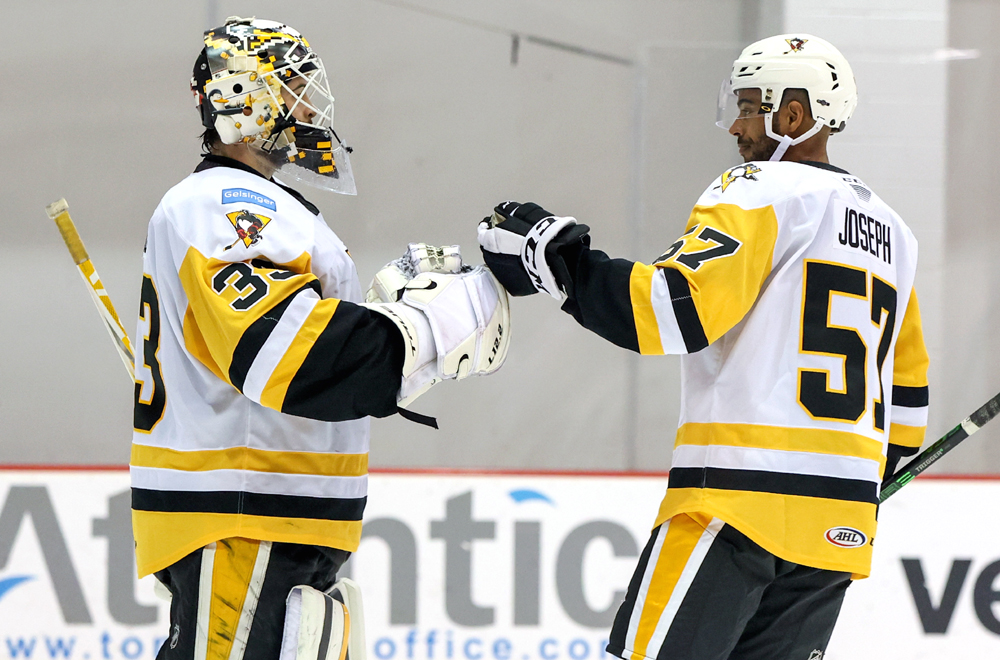 NEWARK, N.J. – The Wilkes-Barre/Scranton Penguins won their third game in a row by downing the Binghamton Devils, 3-1, on Friday night at RWJBarnabas Health Hockey House.

Wilkes-Barre/Scranton (10-11-3-2) brought a heavy press against its opponent in the first period to amass a first-period lead and held on to secure victory in the third.

The Penguins used a relentless forecheck to create the game’s first goal. By trapping the Devils in their zone with no escape for a full minute, Nick Schilkey set up Jordy Bellerive on the doorstep at 8:53.

Jonathan Gruden capitalized on a Devils turnover in their own zone to increase the Penguins’ lead to 2-0 late in the first period.

Wilkes-Barre/Scranton’s two-goal lead persisted until the seven-minute mark of the third period, when a point shot by Colton White redirected over Alex D’Orio’s shoulder and under the crossbar.

Now in a 2-1 game, the Penguins and Devils traded chances throughout the final frame to no avail. Eventually, Drew O’Connor put the nail in the coffin by potting an empty net goal with three seconds left in regulation.

D’Orio made 23 saves tonight to earn the win, while Evan Cormier turned aside 35 shots for the Devils.