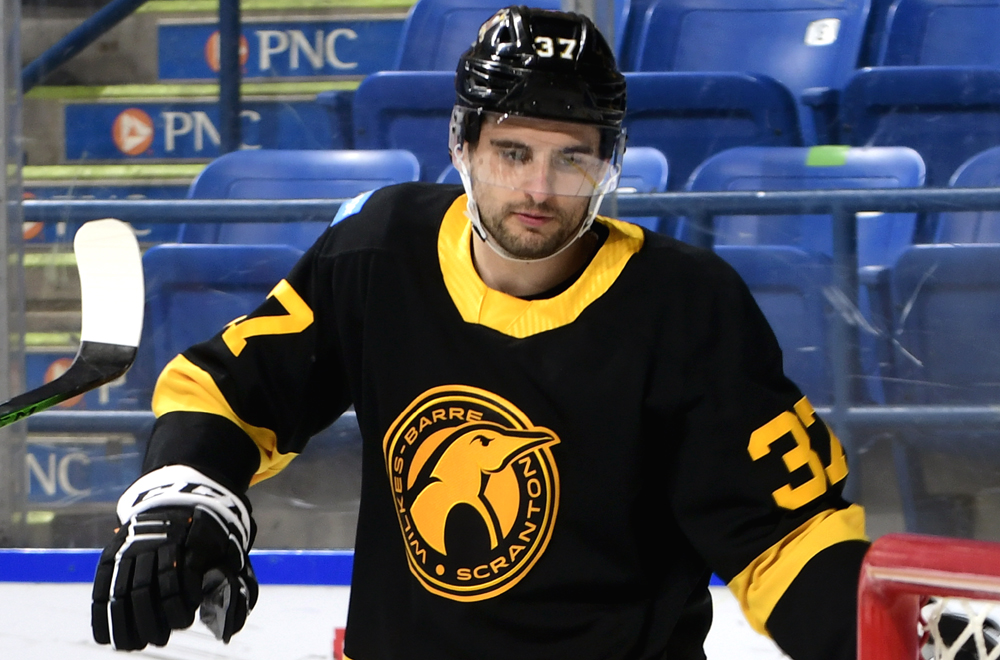 WILKES-BARRE, Pa. – The Wilkes-Barre/Scranton Penguins lost in overtime to the Hershey Bears, 4-3, on Saturday night at Mohegan Sun Arena at Casey Plaza.

Wilkes-Barre/Scranton (10-11-4-2) never trailed at any point in the game, but every time it took the lead, its opponent formulated a swift response to tie things up.

The Penguins got on the board early with a sharp-angle tuck by Sam Miletic just 1:56 into the game. However, the Bears struck back 1:19 later. Cameron Schilling lit the lamp and tied the game, 1-1.

Miletic proceeded to set up Wilkes-Barre/Scranton’s second goal of the evening, delivering a pinpoint pass to the backdoor for a Félix Robert tap-in. Time of the Robert goal was 4:31 of the middle frame, and once again, Hershey answered in short order. Alex Alexeyev evened things up, 2-2, less than three minutes later.

Penguins defenseman Will Reilly rocketed a wicked release to the far-side top corner at 4:04 of the third period to put his team back in the lead, but Kale Kessy’s breakaway strike equalized two minutes later.

After an impressive penalty kill by Wilkes-Barre/Scranton late in regulation, the game went to overtime. The Penguins possessed the puck for most of the extra frame, but when Connor McMichael got loose for a breakaway, he ended the game in the Bears’ favor.

Max Lagacé denied 30 shots in his return to the Penguins from Pittsburgh, while Pheonix Copley made 20 saves in the win for the Bears.