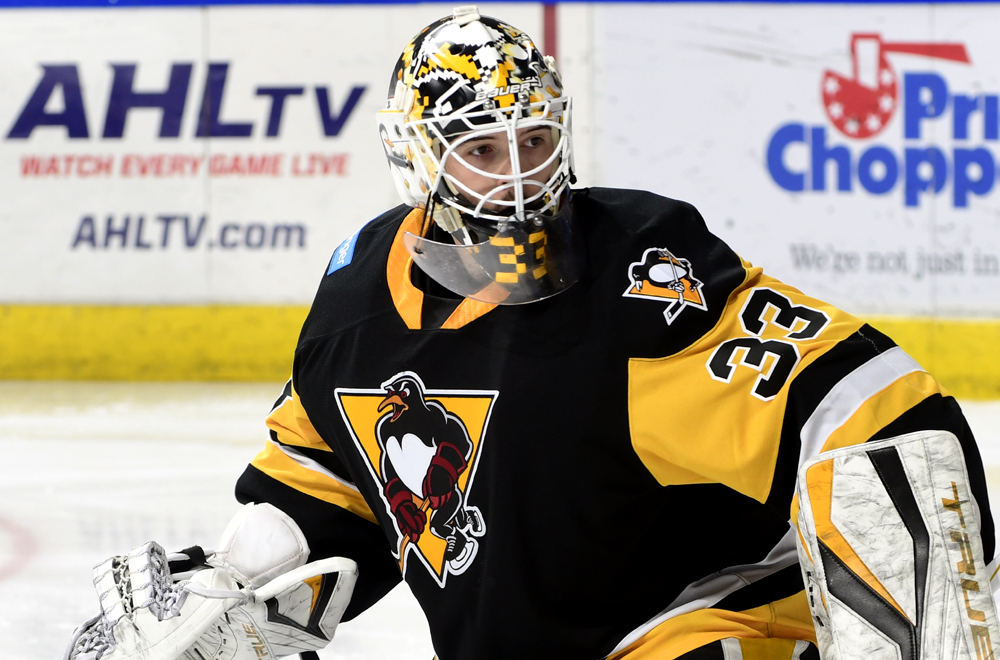 Wednesday, Apr. 28 – PENGUINS 2 vs. Lehigh Valley 1 (OT)
Alex D’Orio put forth a show-stopping performance on his 22nd birthday, giving way to an overtime win over Wilkes-Barre/ Scranton’s turnpike rival. D’Orio denied 41 shots overall, including a game-saving 18-for-18 effort in the third period. Tim Schaller eventually scored the OT-winner for the Pens.

Friday, Apr. 30 – PENGUINS 3 at Binghamton 1
The Penguins won their third game in a row and end up undefeated (3-0-0-0) in Newark this season. Jordy Bellerive and Jonathan Gruden notched first-period tallies, and Drew O’Connor put a bow on things with an empty netter late.

Saturday, May 1 – PENGUINS 3 vs. Hershey 4 (OT)
Wilkes-Barre/Scranton seized a one-goal lead three different times, but couldn’t hold on as Hershey’s swift responses forced the game to OT, where Connor McMichael tallied the winner. Sam Miletic posted a goal and an assist, and Max Lagacé registered 30 saves in his return from Pittsburgh.

Wednesday, May 5 – PENGUINS vs. Binghamton
The Penguins take on the Binghamton Devils in the first of two meetings in Northeast PA this week. Rookie defenseman Cam Lee has enjoyed this season series, as seven of his 10 points on the year have been against Binghamton.

Saturday, May 8 – PENGUINS vs. Binghamton
The Devils return to Mohegan Sun Arena at Casey Plaza for the Penguins’ last home game of the season. Wilkes-Barre/Scranton has won 10 of its previous 20 home finales.

Sunday, May 9 – PENGUINS at Lehigh Valley
The Pens close out the week with a Sunday matinée in Allentown. The last five games between the Penguins and Phantoms have all gone to overtime.

– Including regular season and playoffs, Wilkes-Barre/Scranton goalies are 8-2-0 all-time when starting on their birthday. In those 10 games, they have a 2.05 GAA and .930sv%.

– D’Orio’s 41 saves on Wednesday were the most by a Penguins goaltender since Nov. 16, 2019 (Casey DeSmith vs. Springfield).

– The Penguins’ penalty kill ranks first in the North Division and third overall in the AHL (85.4%).

– All seven of Josh Currie’s goals this season have come at home.

– The Penguins have scored 10 unassisted goals this season, tied for second-most in the league. 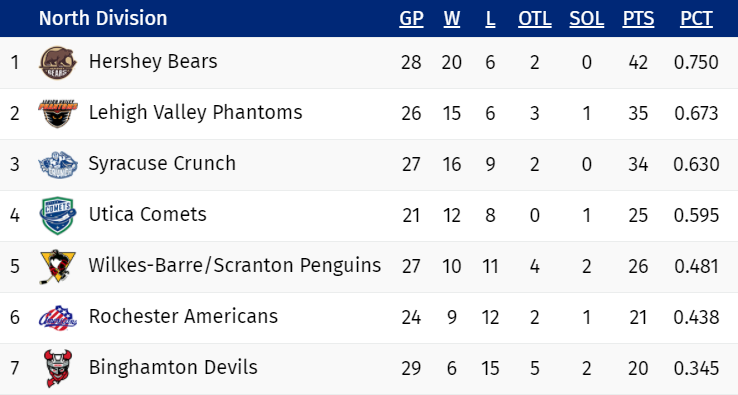 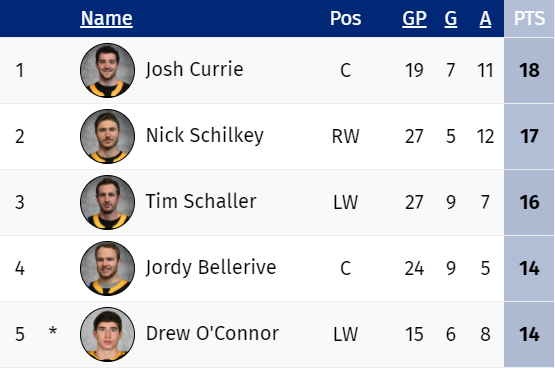