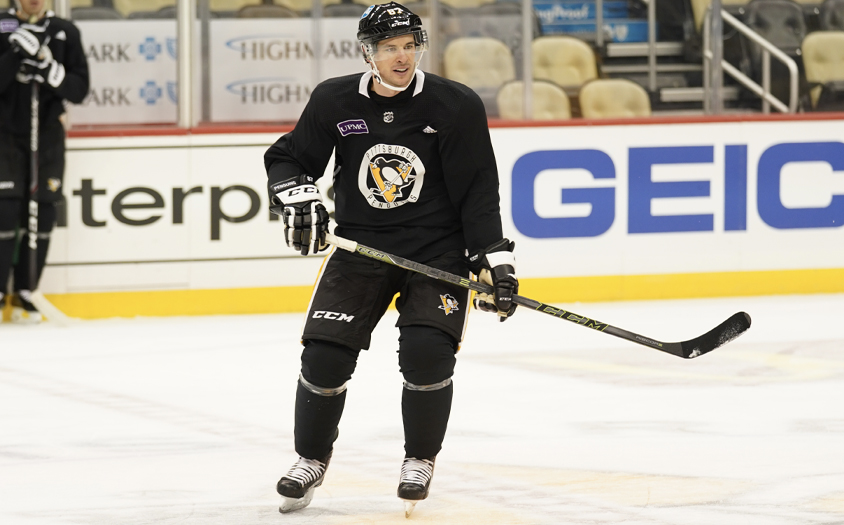 Two years ago, the Pittsburgh Penguins were swept by the New York Islanders in the first round of the Stanley Cup Playoffs.

Last year, in a unique postseason format due to the COVID-19 pandemic, the fifth-seeded Pens were upset in the qualifying round by the 12th-raked Montreal Canadiens.

And while he hasn’t forgotten those two early exits, captain Sidney Crosby says those disappointments aren’t going to be difference makers in the 2021 postseason.

“I think you’re always motivated going into the playoffs,” he told reporters during a virtual media session on Wednesday.  “I think having those two experiences fresh in your mind will add some motivation for guys who were a part of it.

“But it’s a new group, and we’ve played some good hockey down the stretch.  I think we need to bring that and another level here the playoffs start.”

Crosby and the Penguins will get another crack at the Islanders in the first round, after posting a  6-1-0-1 mark in the regular season against their divisional foes.

The Islanders feature one of the stingiest defenses in the NHL, allowing just 128 goals this season, second-least next to the Vegas Golden Knights.

“Looking back there were some pretty close games there.  We were patient.” Crosby said of the season series, which featured five one-goal victories (three for Pittsburgh).  “Some of the games were pretty tight all the way though and we found a way to get timely goals.  It’s a team that doesn’t give up a lot, so you’ve got to be patient and the you get your chances you’ve got to capitalize.”

The Penguins finished the regular season atop the MassMutual East Division to draw the first round meeting with the fourth place Islanders.  Crosby believes Pittsburgh’s depth was a difference in the regular season, and could prove to be so in the playoffs as well.

“It’s a strength of ours for sure.  We’ve got every line that can contribute,” Crosby stated.

“On defense, we’ve got a lot of different pairs that can go out there and do the job both defensively and offensively.  Our goalie depth has shown all year too.  So I think you don’t have success without having depth, and it becomes even more important come playoff time.  But I think we’re definitely confident in that.”