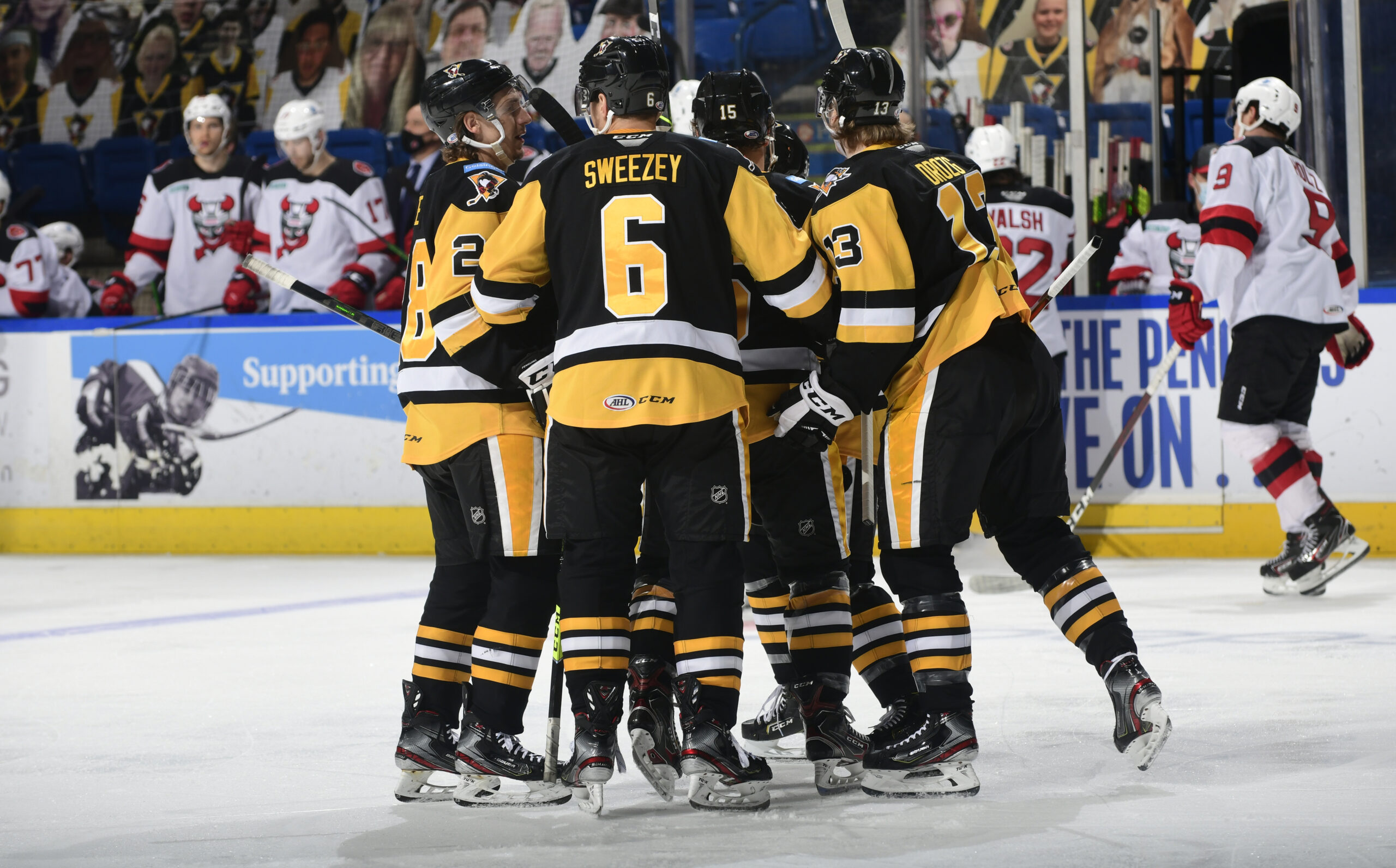 The 2020-21 American Hockey League season was one like no other.

Aside from the cardboard cutouts, the limited number of ‘real’ fans, a shortened schedule and no playoffs, much of what went on behind the scenes – done in an effort to curb the spread of COVID-19 – was out of the ordinary as well.

Wilkes-Barre/Scranton Penguins players and staff (and all AHL players/staff for that matter) underwent COVID testing numerous times each week.

Capacity in the team’s weight room was capped, and even then, players had to wear masks while working out.

And players were asked not to gather in large groups outside of the rink, or frequent restaurants, bars, or other communal spaces.

In the end, all of the restrictions paid off, as the Penguins themselves emerged from the season with no positive cases.

“From my standpoint, I’m super proud of the guys,” said team captain Josh Currie.  “It’s not easy to get used to these new restrictions and new rules.  It’s a change for everyone, not just in the hockey world.

“I’m super proud of the guys for sticking with it, and just kind of making sure we followed the rules and the guidelines.  I think that just shows that we have some great people in this organization.”

While several other teams did have to suffer through bouts with the virus,  causing delays or cancellations, the Penguins made it through the season with nary a hiccup.

“It was pretty impressive.  I think everyone was kind of assuming something would happen eventually,” said forward Tim Schaller.  “But that’s good on all of us for behaving, going to the rink, going home, and everyday doing the same thing.”

In a ‘normal’ year, you might find players spending hours at the rink following practices, enjoying some time playing ping-pong, relaxing in the team lounge, or enjoying a meal together.

But this season they were encouraged to come in, go through practice and workouts, and head home.  Congregating outside of the rink was discouraged.

Even meals, usually eaten in a communal area in the Toyota SportsPlex lobby, were packaged in to-go containers for at home dining.

“It got pretty monotonous at times, but it was nice that everyone had the same goal in mind, to be safe so that you’ll be safe for the guy next to you as well,” said Schaller.  “We ended up having a pretty successful season for everybody, so I think it worked out really well.

The lack of full team functions and outside isolation was something that rookie forward Drew O’Connor said the players were able to overcome.

“It was definitely something new for all of us, not being able to hang out away from the rink and really get to know each other as much as a normal year,” he said.  “But I feel like we kind of made the most of what we were allowed to do.

“It was super impressive, I think, that we were able to kind of get through the season kind of unscathed. That was huge for us.  We kind of knew that any little thing could throw us off course.  So I think just staying diligent about it was really important for us, and it paid off.”

Head coach J.D. Forrest said the unique nature of the campaign made him and others appreciate what a gift even having a chance to compete was.

“I think everyone has another level of gratitude towards the game this season,” he said.  “You’re at the rink with your buddies, your team, and you walk through the door for WORK, and you’re just going to a hockey rink and that’s your work, that’s your job?  Hard not to take a step back and say ‘How lucky am I?  How lucky are we?’”.

“So I think if you didn’t have another level of gratefulness after this year, it would be odd.  I know our guys tried to cherish each moment.”