TOP PROSPECTS AGAINST THE WALL IN QMJHL FINAL 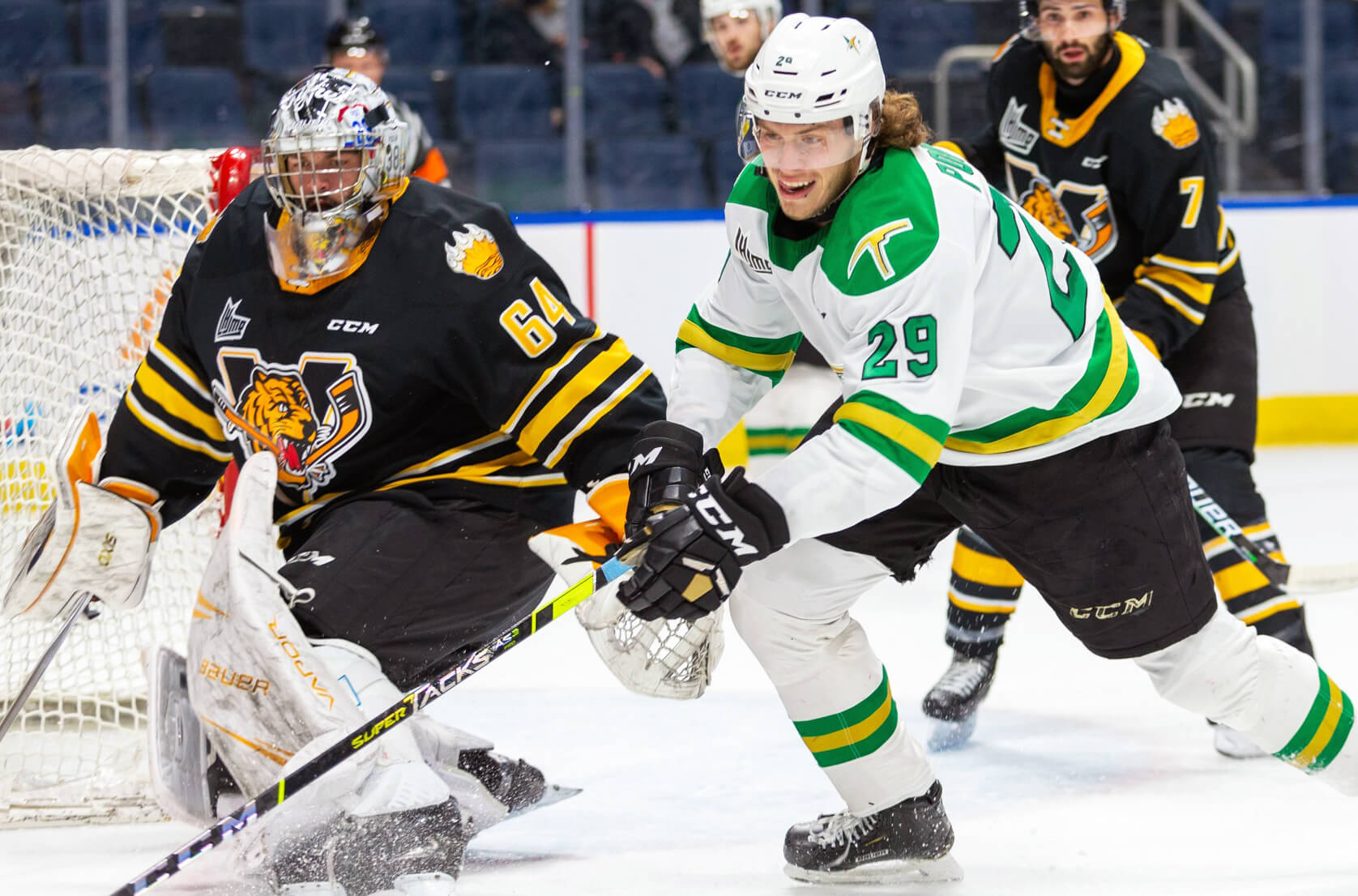 WILKES-BARRE, Pa. – Despite their downright dominant performances in the postseason, a pair of Penguins prospects find themselves on the brink of elimination in their league championship series.

We outlined the strong playoff showings from Poulin and Légaré in a previous prospect update, and their impressive individual runs have continued in the final.

Poulin, Pittsburgh’s first-round pick in 2018 (21st overall), has produced at more than a point-per-game clip in the President Cup series. The 20-year-old has three goals and three assists for six points in the first five games of the Final.

Légaré has cooled off a tad from his molten-hot play that propelled Val-d’Or this far.  But he still has two goals and an assist in the Final.

Overall, his 14 goals in 14 playoff games played ranks first in the league. Poulin is tied for the second-most goals in the playoffs with 11.

The Foreurs’ predicament not only comes as a surprise given the stellar production of Poulin and Légaré (as well as Calgary Flames 2019 first-rounder Jakob Pelletier), but mostly because no one had been able to beat Val-d’Or once in the QMJHL playoff before the final.

The Foreurs were a perfect 9-0 through the first three rounds of the playoffs. Their narrow loss to the Tigres in Game 1 of the Final was their first defeat since March 4.

Val-d’Or and Victoriaville have traded wins back-and-forth throughout the series, and the Foreurs only dropped consecutive decisions once this season. That was back in October.

This all bodes well for Poulin and Légaré as they fight to keep their championship hopes alive in Game 6 on Saturday, June 5 at 2:00 p.m.

This is the final season of junior eligibility for the pair of highly touted prospects. Poulin and Légaré will turn pro in the fall.