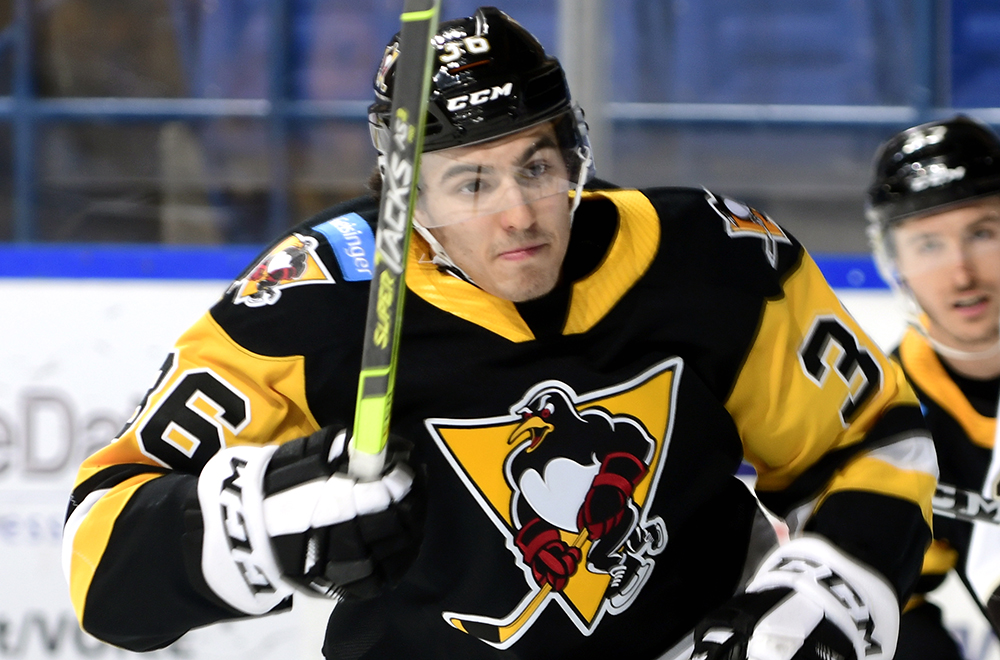 WILKES-BARRE, Pa. – The Wilkes-Barre/Scranton Penguins announced today that they have signed forward Félix Robert to an American Hockey League contract for the 2021-22 season.

Robert, an undrafted free agent, is coming off an impressive first season as a pro with the Penguins organization.

The 21-year-old rocketed out of the game with five goals and six points in his first 10 pro games, played with the Penguins’ ECHL affiliate, the Wheeling Nailers.

Robert paced the Nailers in goals when he was called up to Wilkes-Barre/Scranton for training camp in January. He proceeded to earn six goals and seven assists and 13 points in 27 games.

Prior to turning pro with the Penguins, Robert suited up for the Sherbrooke Phoenix in the Québec Major Junior Hockey League where he played alongside the Pittsburgh Penguins’ 2018 first-round draft pick, Samuel Poulin.