FORREST AMONG THE MANY PLEASED WITH DEVANE’S RETURN 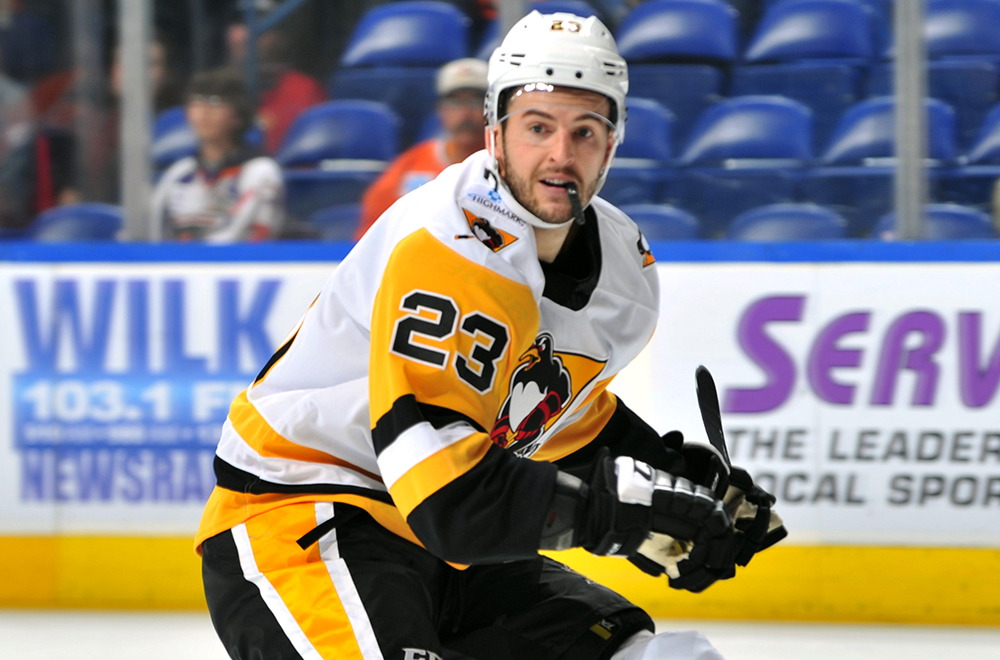 WILKES-BARRE, Pa. – When the Wilkes-Barre/Scranton Penguins announced they had inked Jamie Devane for a return in 2021-22, the initial reviews from the team’s fanbase were positive.

Fans weren’t alone in their enthusiasm for Devane’s comeback. Among those excited about the reunion is Penguins head coach J.D. Forrest.

“I was extremely happy when I heard that Jamie was returning to us,” Forrest said. “First off, I like him a lot as a guy and a teammate. Plus, he plays a hard game, and that’s going to help.”

Looking back on the way Forrest’s team performed last year, the group embraced an identity of being physical, determined and difficult to play against. Devane, who stands at 6-foot-5 and has over 700 penalty minutes in his 366 games of AHL experience certainly brings an edge to the Penguins roster.

Forrest sees Devane as less of a more-of-the-same addition to the club and more of a player who can enhance their already ferocious approach.

“He gives us more backbone,” the Penguins bench boss said. “He’s a guy who knows how to handle himself in the more intense moments of a game; he knows how to handle the physical side as well as the mental side. To that point, he can really help out some of our younger guys. A lot of his value is in the locker room.”

When discussing the reunion with Devane, Forrest frequently brought up the veteran forward’s locker room presence. Devane was beloved by his teammates when he first joined Wilkes-Barre/Scranton in 2019. With plenty of stories in his library and a sharp wit for quick jokes, his personality managed to shine through even though he started the season on the shelf with an injury.

Forrest acknowledged Devane’s levity as a plus, but also valued his personality traits as a mentor.

“As big and imposing as he looks, he’s approachable,” Forrest said. “He’s funny, he’s nice, and guys can tell that he cares. He knows when to speak up and grab someone. Not anything too harsh, just impart some wisdom. And players recognize that they can go to him for guidance.”

As of now, Devane is expected to return wearing to his number 23 when the Penguins resume play for the 2021-22 season in October.