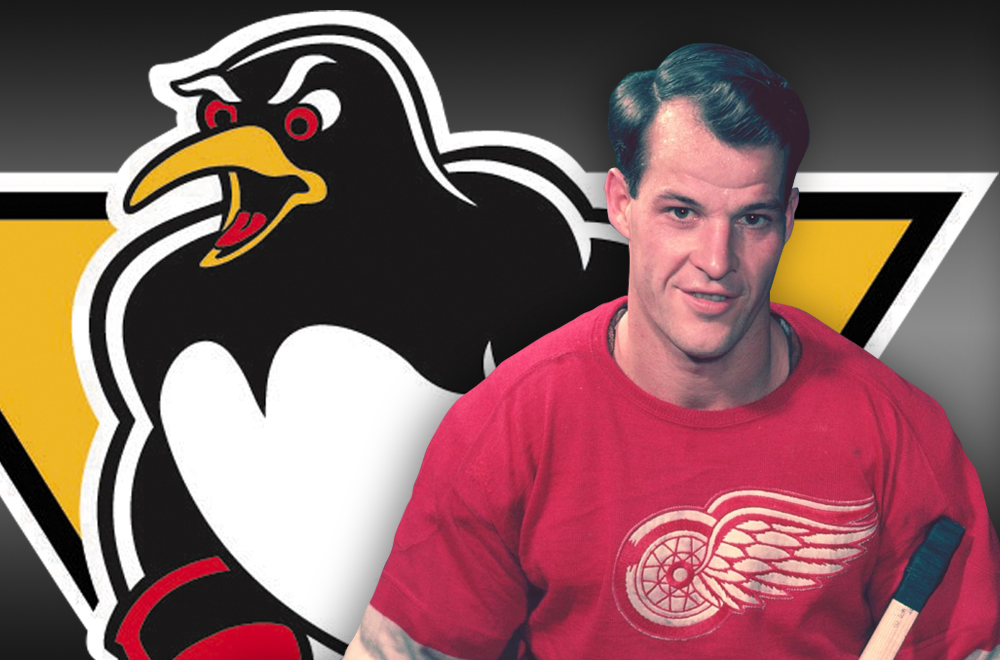 WILKES-BARRE, Pa. – “Gordie Howe” hat tricks are a rarity, but that’s part of the reason why hockey fans love them.

For the uninitiated, when a hockey player records a goal, assist and a fight over the course of a single game, it is referred to as a “Gordie Howe hat trick”, a tribute to the pugnacious Hockey Hall of Famer.

Although they are uncommon, the Wilkes-Barre/Scranton Penguins saw two rookies earn the distinction late in the 2020-21 season. Jonathan Gruden delighted fans by racking up a goal, assist and a fight in the Penguins’ home finale, and then Cam Lee did the same the following weekend in the team’s last game of the season. That got us thinking… given their proximity, did Gruden and Lee pull off the two closest Gordie Howe hat tricks in team history?

The offseason provided us the free time to go back and review every boxscore for every game the team has ever played, and we found every Gordie Howe hat trick earned by the Penguins. Here are some of the fun facts we uncovered during our extensive, tireless research.

There have been 27 Gordie Howe hat tricks in team history, 31 total if you include the four that have occurred during the Calder Cup Playoffs. The most recent of which, of course, was Lee’s Gordie in the Penguins’ season finale this season. But the first Gordie Howe hat trick arrived on Nov. 12, 1999, courtesy of John Slaney against the Rochester Americans.

Slaney, who is in the Wilkes-Barre/Scranton Penguins Hall of Fame for his offensive flair, actually started the action by dropping the gloves with Rochester’s Scott Nichol at 9:14 of the second period. The Penguins defenseman later lit the lamp early in the third period, and then completed the first Gordie Howe hat trick in team history by setting up the game-tying goal at 11:27 of the third. The game ended in a 3-3 tie.

KING OF THE HOWE HILL

A handful of players managed to post multiple Gordie Howe hat tricks during their Penguins tenure, but one man stands alone with the most. If you asked someone “Who has the most Gordies in Wilkes-Barre/Scranton history”, this player would probably be one of the first names to leave their mouth, too.

Tom Kostopoulos leads the pack with five Gordie Howe hat tricks. The first of which came on Jan. 20, 2001, four days before his 22nd birthday, and his fifth and final Gordie arrived on Nov. 1, 2013 when he was 33-years old.

THE NEED FOR SPEED

When Lee recorded his goal, assist and fight in 7:20 of game time during the second period of Wilkes-Barre/Scranton’s season finale, we had a pretty good hunch that it would be the fastest Gordie in team history. And after combing through all the game sheets going back to 1999, it turns out that it is. Sort of.

Ryan Stone recorded a Gordie Howe hat trick in just 7:08 during a playoff game in 2008. Lee’s is the fastest regular season Gordie the Penguins have ever seen, but Stone has him beat overall. Either way, they both stand alone as the top two. Both Lee and Stone’s whirlwind Gordos came against the Hershey Bears, too.

The longest a player has taken to accrue his goal, assist and fight in a game is Jason MacDonald, who took 57:44 to wrap up his Gordie Howe hat trick on Oct. 27, 2000 at Albany.

THEY MUST HAVE BEEN REALLY ANGRY THAT YEAR

Speaking of MacDonald’s under-the-wire Gordie against Albany, his feat kicked off the most Gordie-Howe-hat-trick-populated season in team history. The 2000-01 campaign featured four Gordies before the team embarked on its first playoff berth and eventual trip to the Calder Cup Final.

There have been seven seasons in which nobody posted a Gordie Howe hat trick for Wilkes-Barre/Scranton. In fact, there was a drought that lasted for three consecutive seasons, as Gordies by Bissonnette and Chad Kolarik were spaced apart from Apr. 11, 2009 to Feb. 16, 2013. That meant the Penguins played 285 games without a Gordie during that gap.

WHY WE STARTED THIS SEARCH…

But enough about how much time the Penguins spent without notching a Gordie Howe hat trick. This whole search started out of curiosity over whether or not Gruden and Lee’s Gordies from this past season were the two closest in team history. Well, after looking back through the club’s game sheets, we have learned that Gruden and Lee’s Gordies are the second-closest the team has ever seen.

It’s unlikely that the guys in first place will ever be beaten, perhaps only matched.

MacDonald’s under-the-wire Gordie Howe hat trick on Oct. 27, 2000 at Albany was swiftly followed by another Gordie by Billy Tibbets the very next day, Oct. 28, 2000 vs. Philadelphia.

Unless two players can manage to post a pair of Gordie Howe hat tricks in the same game, nothing is going to knock MacDonald and Tibbetts’ back-to-back achievement from atop the podium.