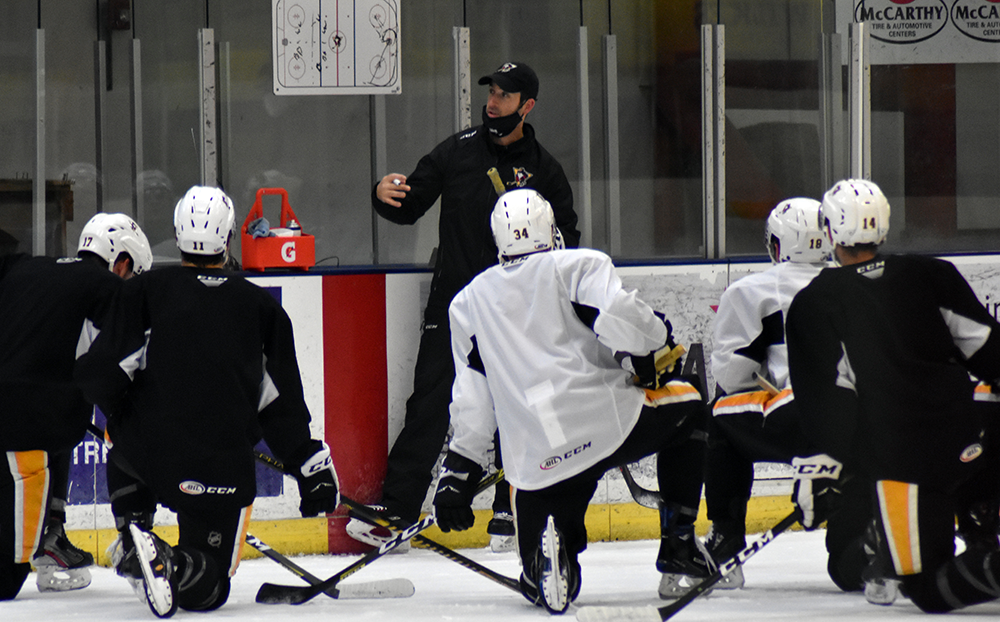 Wilkes-Barre/Scranton Penguins head coach J.D. Forrest will be behind the bench this summer, guiding the 2021 U.S. Under-18 Men’s Select Team at the 2021 Hlinka Gretzky Cup.

The annual, international tournament will take place between August 2-7 and be held in Breclav, Czech Republic and Piestany, Slovakia.

The tournament features the top U-18 players from the United States, Czech Republic, Finland, Germany, Russia, Slovakia, Sweden and Switzerland.

Forrest is no stranger to USA Hockey, having previously served as an assistant coach during the 2015 U-18 IIHF World Championships, the 2016 Youth Olympic Games, and the 2018 Hlinka Gretzky Cup.

The competition began in 1991 as the Phoenix Cup, and was renamed the Ivan Hlinka Memorial Cup in 2007, in honor of the late Czechoslovakian standout and former Pittsburgh Penguins coach who died in 2004.

The tournament became the Hlinka Gretzky Cup in 2018, when the Canadian, Czech and Slovak ice hockey federations agreed to alternate hosting duties.

Team USA will participate in a pre-tournament warm up against the Czech Republic on Saturday, July 31 at 12:30pm ET in Breclav.

The U.S. will face Slovakia, Sweden and Germany in preliminary round play, while the Czech Republic, Finland, Russia and Switzerland will battle in a second group.

The top two teams from each four-team group will advance to the semifinals on Friday, August 6, with the championship game set to take place on Saturday, August 7.

Looking for info on 2021-22 Wilkes-Barre/Scranton Penguins tickets?  Fill in your info below and a Pens representative will get in touch with you.