“WHAT’S NEXT?” A CALENDAR OF IMPORTANT OFFSEASON DATES 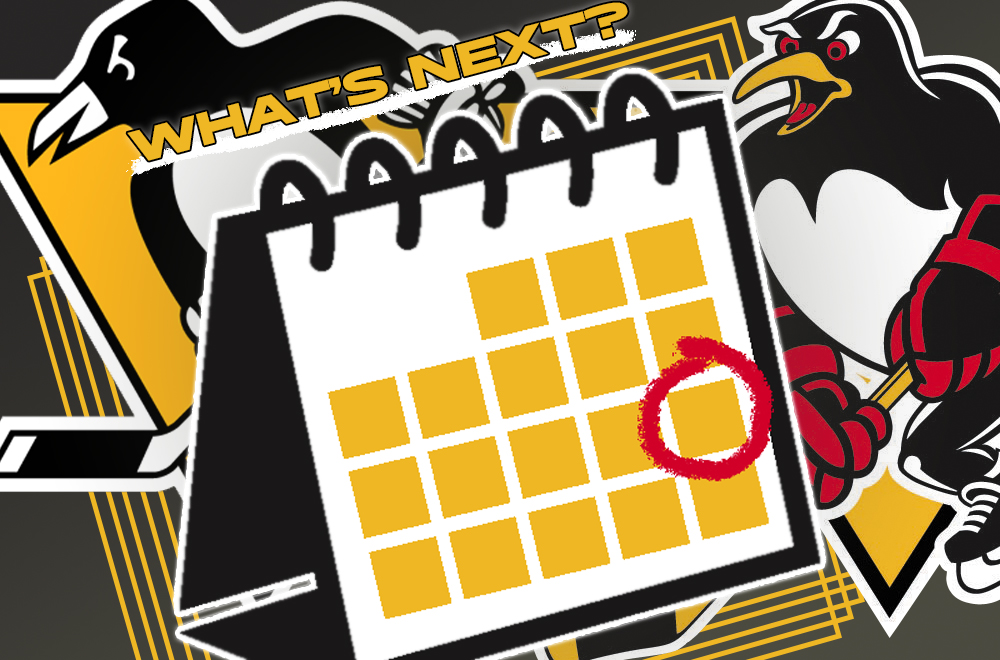 WILKES-BARRE, Pa. – The Stanley Cup has been awarded, the parades are dying down, arenas have shuttered their doors, leaving Wilkes-Barre/Scranton Penguins fans with one softly uttered question.

The puck will drop on a new season this fall, but there are plenty of significant events to keep track of between now and then. We’ve gathered those dates for a definitive offseason calendar, so you can stay in-the-know during the summer.

This is the last day that NHL teams can submit their protected list of players to the league ahead of the Expansion Draft. Here are the rules for how teams can arrange their respective protected lists, as well as who does and doesn’t qualify to be exempt from the protection lists altogether.

With the Seattle Kraken joining the NHL as its 32nd franchise, they will have the opportunity to form their team via the Expansion Draft. Seattle will select one unprotected player from each of the other NHL clubs (excluding the Vegas Golden Knights). That will give Seattle its inaugural 30-man roster.

Who will become a former Pittsburgh Penguin and become a first-time Kraken? You’ll be able to tune in to ESPN2 at 8:00 p.m. to find out.

Two days after the Seattle Expansion Draft, the hockey world will turn its attention to a more familiar draft format. The first round of the 2021 NHL Entry Draft kicks off at 8:00 p.m. on ESPN2, with rounds two through seven taking place the following day starting at 11:00 a.m. on NHL Network.

The Pittsburgh Penguins do not own a first-round pick in this draft as a result of the Jason Zucker trade with the Minnesota Wild. The Penguins’ first pick will be in the second round on Saturday, 58th overall, unless their draft standing is otherwise influenced by trades.

The Free Agent Frenzy begins at 1:00 p.m. on July 28, and as always, you can expect Pittsburgh to be active. Most of the team’s changes via free agency will likely happen at the bottom of its lineup, but this is also the first major opportunity for new general manager Ron Hextall and president of hockey operations Brian Burke to put their fingerprints on the club.

Plus, one mustn’t forget that the Penguins have a history of picking up big pieces for Wilkes-Barre/Scranton on the first day of free agency, as well.

For the first time ever, the Wilkes-Barre/Scranton Penguins will be hosting a charity 5K run/walk! Benefitting the Penguins GOALS Foundation, you can still sign up to join the race! Deadline to register is Wednesday, Aug. 18.

Any and all participants will receive a complimentary Penguins 5K t-shirt, commemorative puck and a voucher to a Wilkes-Barre/Scranton home game during the upcoming 2021-22 season.

While the date has not been formally revealed, the NHL’s public desire to start its upcoming regular season in step with pre-pandemic tradition suggests that training camps will start some time in September, likely at some point during the the third full week of the month.

Opponent is TBD, but you’re going to want to be there regardless of who the Penguins challenge in their first home game of 2021-22.