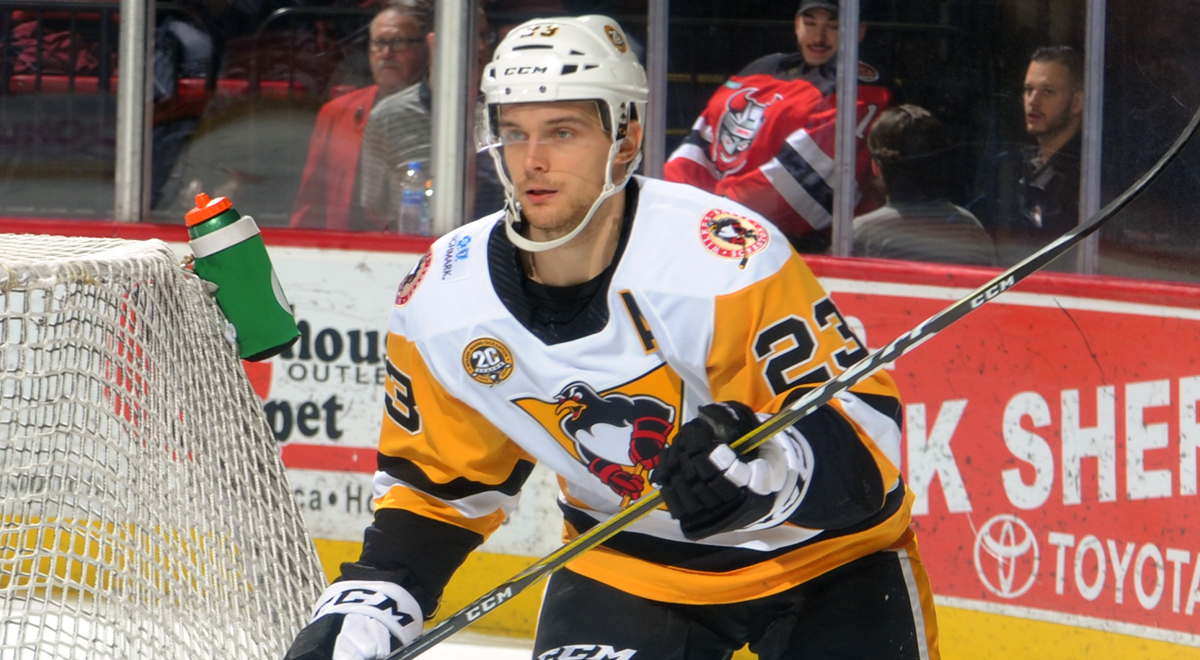 The Pittsburgh Penguins have re-signed forward Teddy Blueger to a two-year contract, it was announced today by general manager Ron Hextall.

The one-way deal will run through the 2022-23 campaign and carries an average annual value of $2.2 million.

“Teddy has proven to be a versatile, two-way center, as well as a fixture on the penalty kill,” said Ron Hextall. “He is a valuable player for our team.”

The 6-foot, 185-pound Blueger was a staple on Pittsburgh’s penalty kill, scoring a team-best and career-high three shorthanded goals in 2020-21. Only three NHL players had more shorthanded tallies last year than Blueger, and his 2:09 of shorthanded time-on-ice per game was first among all Penguins forwards.

A veteran of 140 NHL games, all with Pittsburgh, Blueger has registered 22 goals, 32 assists, 54 points, four shorthanded goals, four game-winning goals, and is plus-19. Since making his NHL debut, no Penguin has more regular-season shorthanded goals than his four. He also has 11 games of Stanley Cup Playoff experience, where he’s scored one goal.

Prior to making his NHL debut, Blueger spent parts of four seasons with the Wilkes-Barre/Scranton Penguins of the American Hockey League, where he served as an alternate captain in 2018-19. He picked up 115 points (49G-66A) in 179 AHL games, which included back-to-back 20-goal campaigns in 2017-18 and ‘18-19.

The Riga, Latvia native has also represented his country in eight major international tournaments, including three consecutive World Championships from 2017-19. In 2019, Blueger took the most faceoffs and had the highest faceoff percentage (62.7%) of all skaters in the tournament. Before competing in the World Under-18 Championships in 2011, Blueger played two years of prep hockey at Shattuck-St. Mary’s from 2009-11, winning back-to-back National Championships.

Pittsburgh selected Blueger in the second round (52nd overall) of the 2012 NHL Draft, and he went on to play four years of college hockey at Minnesota State from 2012-16. During his collegiate career, Blueger helped his team to win the Western Collegiate Hockey Association championship in back-to-back seasons.