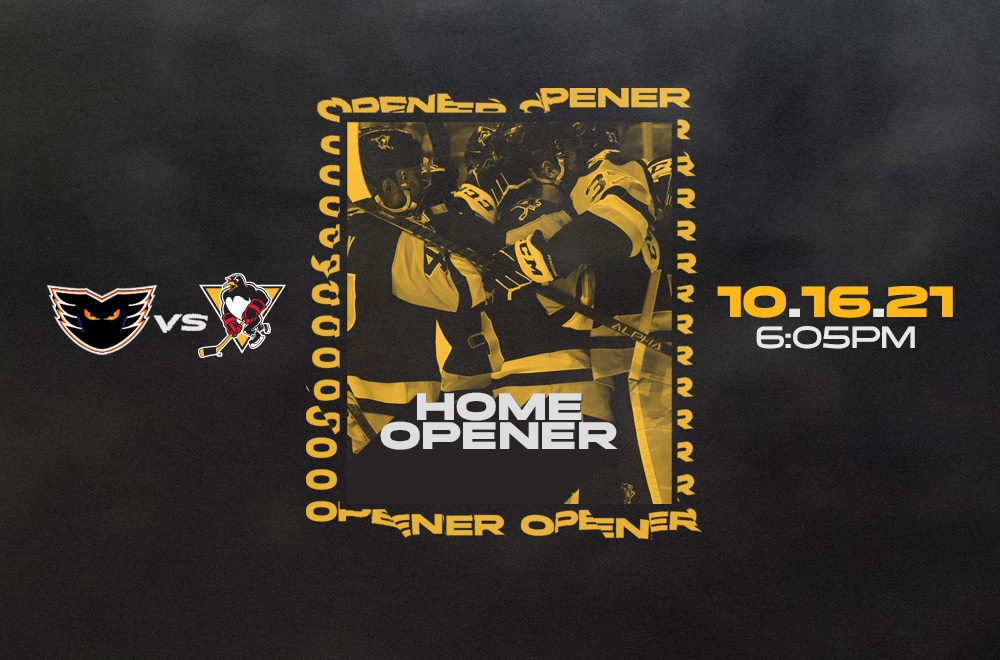 WILKES-BARRE, Pa. – The Wilkes-Barre/Scranton Penguins announced today that the opponent for their 2021-22 home opener is the Lehigh Valley Phantoms. The Penguins will drop the puck against the Phantoms at 6:05 p.m. on Saturday, Oct. 16 at Mohegan Sun Arena at Casey Plaza.

Last season, the Penguins went 4-1-2-1 in eight games against the Phantoms. Six of those eight contests between the PA Turnpike rivals went to overtime. Wilkes-Barre/Scranton rookie Félix Robert led the team with four goals during the season series. Robert has already re-signed with the Penguins for 2021-22.

The American Hockey League plans to unveil the full, regular season schedule for all 31 of its member clubs this coming Friday, July 23.

Season ticket packages for Wilkes-Barre/Scranton’s upcoming 2021-22 season, including Full-Season, 22-game, 12-game, Flexbook and Premium Seating plans, are available by reaching out to the Penguins directly at (570) 208-7367. Home Opener