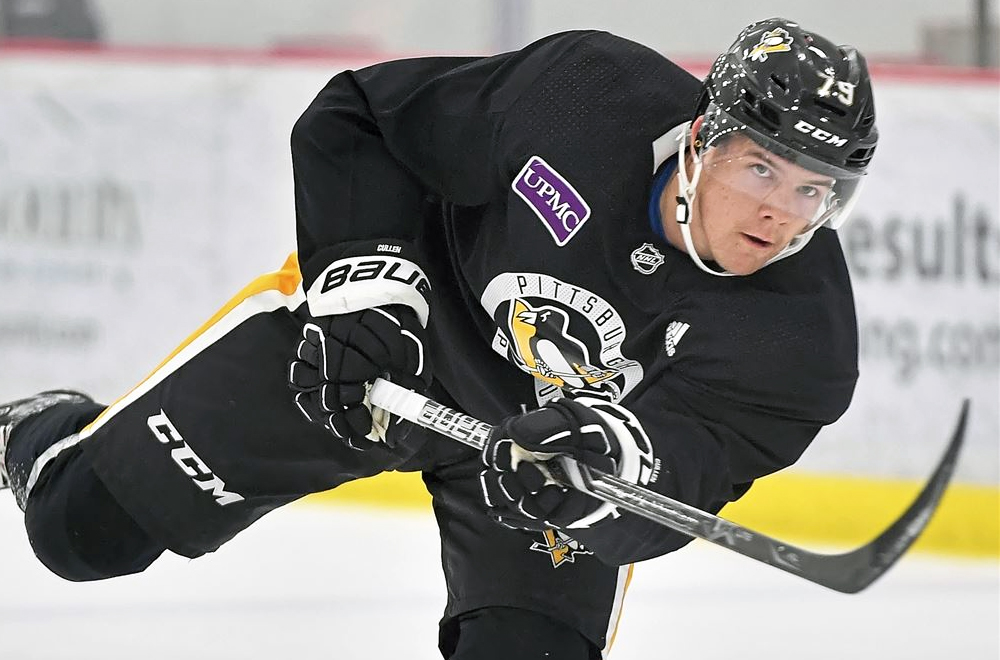 WILKES-BARRE, Pa. – On Aug. 25, 2020, Filip Hållander was traded by the Pittsburgh Penguins to the Toronto Maple Leafs. Less than a full calendar year later, the 21-year-old, Swedish winger needs to update his immigration status from Canada back to the United States.

Coming off a season in which Hållander almost doubled his previous SHL career-best in goals and finished with the second-most tallies on his team (14), Hextall doesn’t see him as a long-term project.

“He’s 21-years old, not 18 or 19. He’s a seasoned player at this point,” Hextall said of Hållander. “I’m hoping that he comes to training camp and pushes for a spot.”

Hextall provided the caveat that the move from the European ice surface and playing style to the North American game introduces a tricky transition for any player. That applies twofold for a young player like Hållander, who has yet to play a pro game in the United States or Canada.

Even so, Hextall still expects Hållander to assert himself into Pittsburgh’s roster conversations after the GM went out of his way to reacquire the talented power forward.

“Even if it’s not this year and it’s next year’s camp, we expect him to be impactful and make us think hard about keeping him around. But that’s up to Filip,” Hextall said.

Regardless of his training camp performance, Hållander is expected to make the jump overseas and play full-time in North America. If Hållander does not lock down a spot in Pittsburgh as a rookie, he is expected to anchor a significant role among Wilkes-Barre/Scranton’s forward corps.

Hållander was drafted and subsequently traded away under the leadership of former Penguins GM Jim Rutherford. Hextall, the man who sits in the GM’s office today, freely admitted that he didn’t have much of a personal portfolio on the Swedish forward, but he made the move at the urging of informed individuals who were leftover from the previous regime.

“I didn’t have a ton of first-hand knowledge (of Hållander), but Patrik [Allvin] is here and obviously works very closely with our scouting staff. After talking to him, we felt very comfortable with getting Filip back.”

• Hållander was originally drafted by Pittsburgh in the second round (58th overall) of the 2018 NHL Entry Draft. The Penguins hope to add more players like Hållander to their system this weekend at the 2021 NHL Entry Draft.

The Penguins have a second-round pick, a fifth-round pick, and three selections in the seventh round of this year’s draft. Barring any trades, that means Pittsburgh will be on the clock again at 58th overall, as well as 154th, 194th, 215th and 218th overall.

The 2021 NHL Entry Draft starts on Friday, July 23 with the first round broadcast live on ESPN2 at 8:00 p.m. The remaining rounds will take place on Saturday, July 24.

When Hextall was pressed about his plans for free agency, he unsurprisingly kept his cards close to his vest. However, he did caution Penguins fans not expect his team to be in play for any big splash acquisitions.

“I don’t expect there to be a top player that we can fit under the cap,” He said. “It’s really hard to say what the market is going to be.

“We’re looking to put the best team on the ice as we can and improve our team, whether that’s internal or adding someone from outside out organization.”