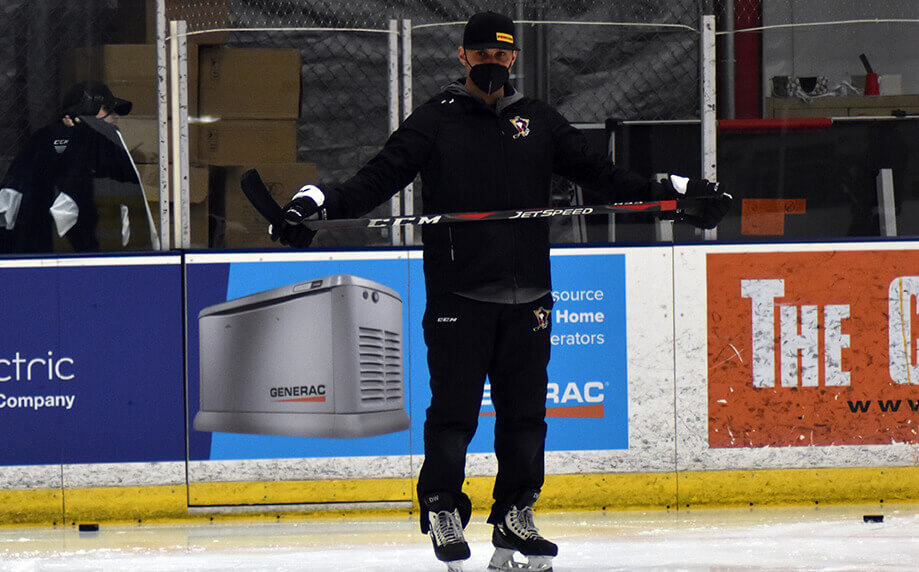 “Andy has done a terrific job mentoring our young goaltenders. In addition to on- and off-ice training, he emphasizes the importance of life habits and mental approach to the game,” said Penguins general manager Ron Hextall. “We know Andy will be a great addition to the coaching staff. The Penguins are grateful to Mike Buckley for his contributions to the team and wish him and his family the best going forward.”

Chiodo, 38, has spent the last three seasons as the Penguins’ goaltending development coach. In his previous role, he was responsible for working with young goaltending prospects throughout the Penguins organization in Europe, the minor leagues, juniors and college hockey.

Prior to his time within the Penguins organization, Chiodo spent the 2017-18 season as the goaltending coach for the Ottawa 67’s of the Ontario Hockey League.

Chiodo, a seventh round (199th overall) draft pick by the Penguins in 2003, enjoyed a 14-year professional hockey career in the NHL, American Hockey League, ECHL and in Europe. The goaltender played eight career NHL games, all with Pittsburgh in the 2003-04 season, and went 3-4-1.

The Toronto, Ontario native played 72 games for the Wilkes-Barre/Scranton Penguins from 2003-06 and went 31-30-5. In the playoffs with WBS, Chiodo went 14-11-0 which includes the team’s run to the 2004 Calder Cup Final, where the team eventually fell to the Milwaukee Admirals. The goaltender led WBS to the 2004 Final while posting a 2.18 goals-against average, .916 save percentage and three shutouts in the postseason.

Following three seasons in the Penguins organization, which also included time with the Wheeling Nailers in the ECHL, Chiodo continued to play professionally in North America and Europe through the 2016-17 campaign. His 14 professional seasons also included stops in Russia’s KHL, Finland and Austria. In 2007-08, his Finnish team, Karpat, won the league championship.

Andy and his wife, Melissa, have two kids, a two-year old son named Ben and a daughter named Mya, who was born in June.