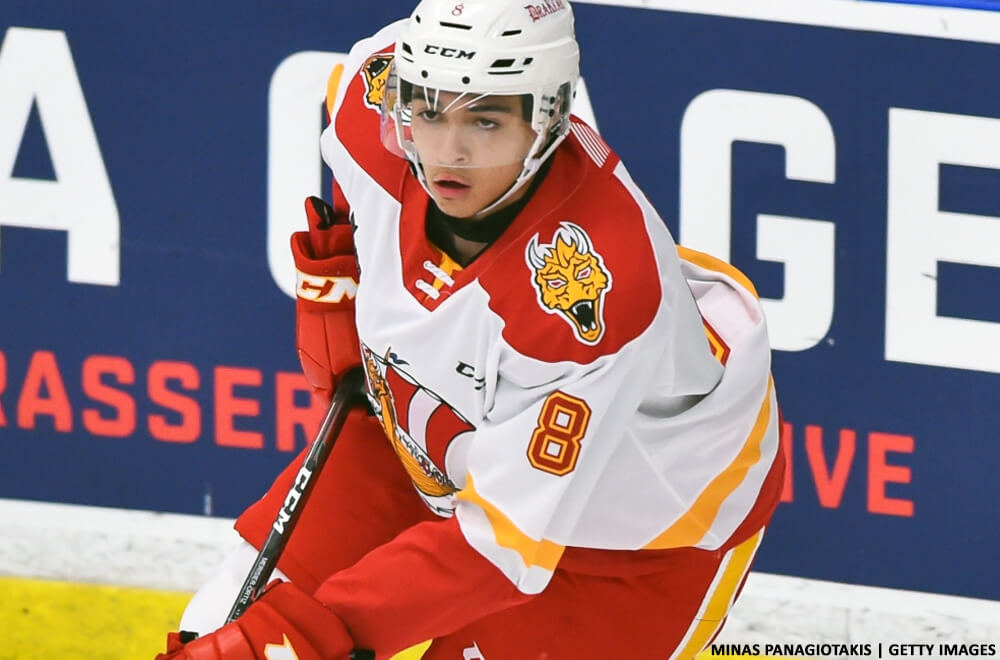 WILKES-BARRE, Pa. – The Wilkes-Barre/Scranton Penguins announced today that they have signed defenseman Christopher Merisier-Ortiz to a two-year, American Hockey League contract set to start in the 2021-22 season.

Merisier-Ortiz played the past four seasons in the Québec Major Junior Hockey League. In 231 games, he racked up 129 points (20G-109A).

Last season, the 20-year-old blueliner posted 12 points, all assists, for the Baie-Comeau Drakkar before being traded to the Blainville-Boisbriand Armada. With Blainville-Boisbriand, Merisier-Ortiz was a point-per-game player with four goals and 20 assists in 24 games.

Despite the mid-season trade, he still led all Drakkar defensemen with 12 assists and tied for the team lead for points among blueliners at the end of 2020-21.

A native of Boisbriand, Québec, Merisier-Ortiz spent three and a half seasons as a teammate of fellow Penguins prospect, Nathan Légaré. Légaré was drafted by the Pittsburgh Penguins in the third round (74th overall) of the 2019 NHL Entry Draft and will also become a first-year pro this upcoming season.

Wilkes-Barre/Scranton will open its 2021-22 slate at home against the Lehigh Valley Phantoms on Oct. 16. Puck drop is scheduled for 6:05 p.m. at Mohegan Sun Arena at Casey Plaza.