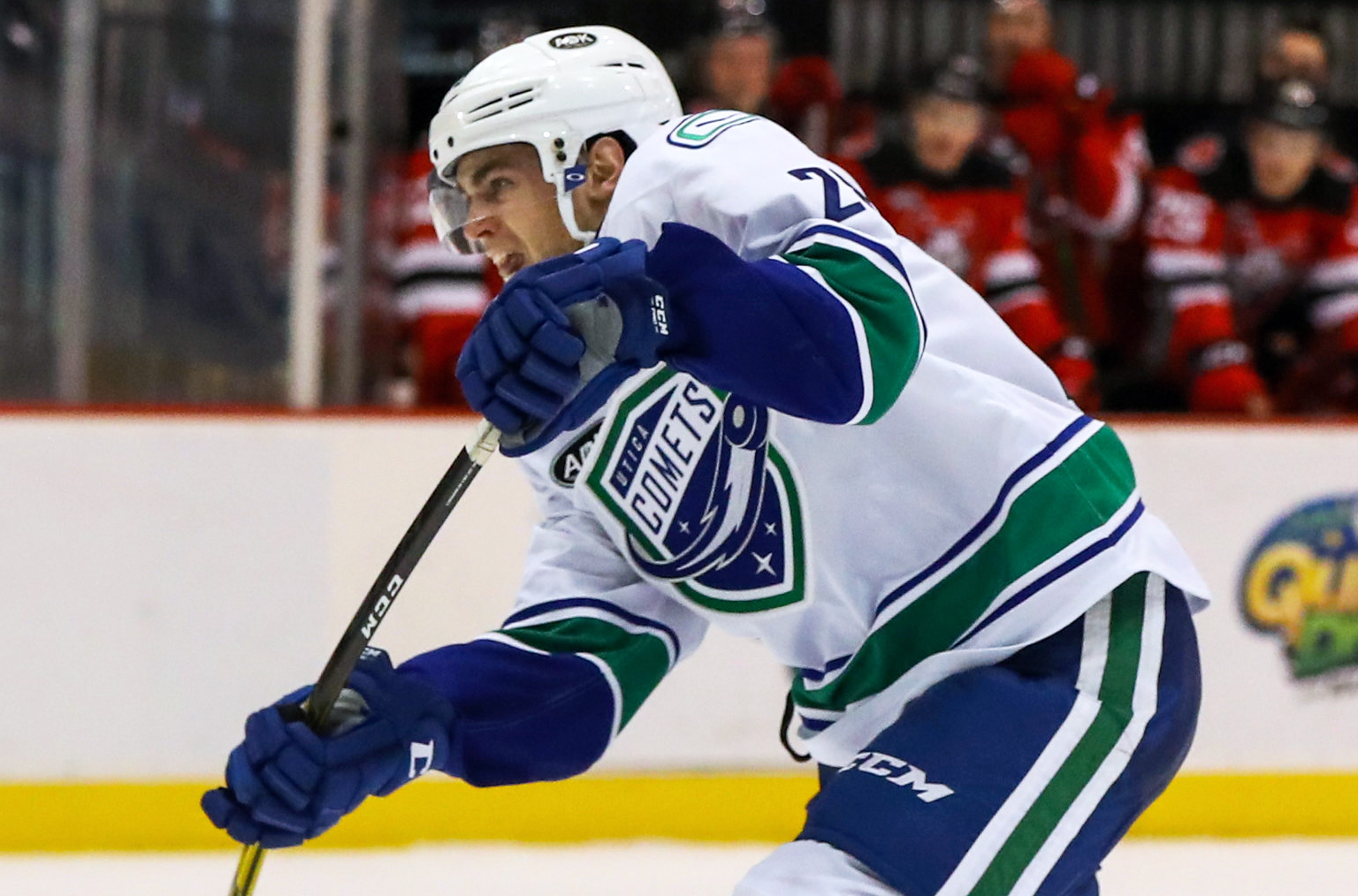 WILKES-BARRE, Pa. – The Wilkes-Barre/Scranton Penguins announced today that they have signed defenseman Mitch Reinke to an American Hockey League contract for the 2021-22 season.

Reinke, 25, led all Utica Comets defensemen with 10 assists and 12 points last season, despite being limited to 18 games. The native of Stillwater, Minnesota also made his Stanley Cup Playoffs debut in 2021, appearing in one game for the St. Louis Blues.

Prior to his productive 2020-21 campaign in upstate New York, Reinke played the previous two seasons for the San Antonio Rampage. In 2018-19, he posted 33 assists to pace all Rampage blueliners, and his 45 points ranked first among all AHL rookie defensemen. That performance led to Reinke being named to the AHL All-Rookie Team.

Before turning pro, Reinke had two strong seasons at Michigan Tech University. As a member of the Huskies, he registered 44 points (9G-35A) in 76 games and was named to the Western Collegiate Hockey Association All-Rookie Team in 2016-17. Michigan Tech won the WCHA Championship in both of Reinke’s seasons, as well.

Wilkes-Barre/Scranton will open its 2021-22 regular-season schedule at home against the Lehigh Valley Phantoms on Oct. 16. Puck drop is scheduled for 6:05 p.m. at Mohegan Sun Arena at Casey Plaza. The Penguins’ full schedule can be found at wbspenguins.com.