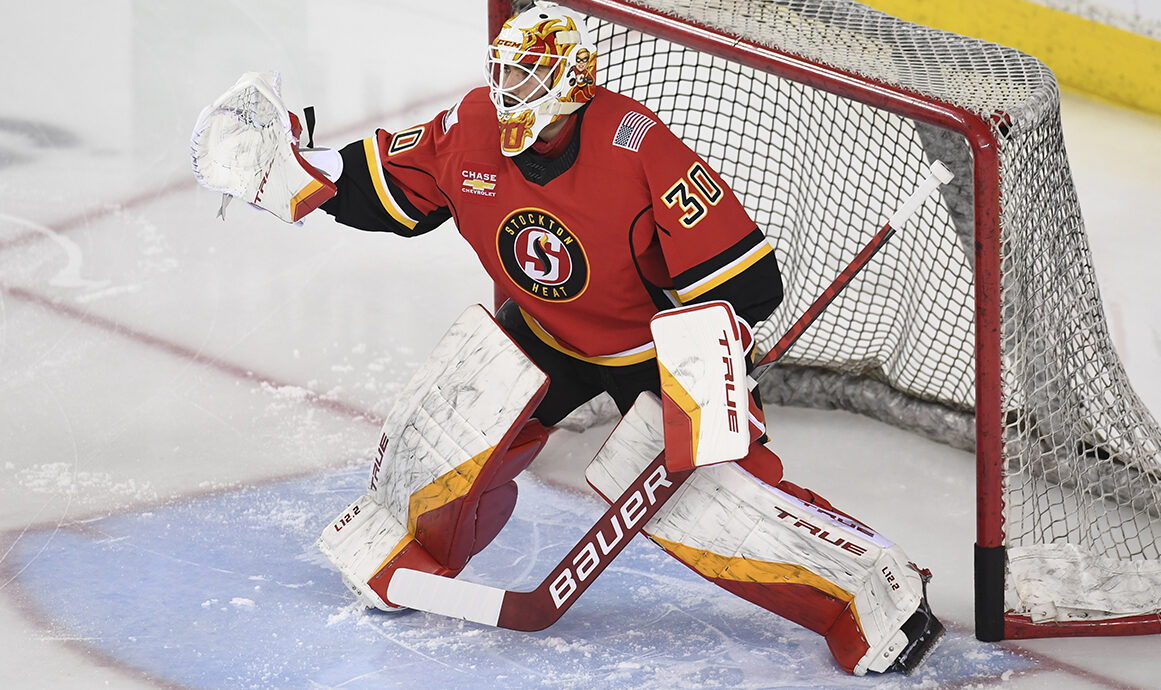 The Pittsburgh Penguins have signed goaltender Louis Domingue to a one-year contract, it was announced today by general manager Ron Hextall.

Domingue, 29, spent the 2020-21 season in the Flames organization, splitting time between Calgary and the Stockton Heat of the American Hockey League. The goaltender spent the majority of last season on the Flames’ taxi squad, plus suited up for one game with Calgary and three games in Stockton.

The 6-foot-3, 208-pound goaltender has played 140 games in the NHL over the past seven seasons with Arizona, Tampa Bay, New Jersey, Vancouver and Calgary. Domingue has compiled a 58-59-10 record at the NHL level with a 3.05 goals-against average, .904 save percentage and two shutouts. His best NHL season came in 2018-19 with Tampa Bay when he went 21-5-0, including an 11-game winning streak, marking a team record at the time.

Domingue has played parts of seven seasons in the AHL, split between Portland, Springfield, Syracuse, Binghamton and Stockton. In 103 career AHL games, the goaltender has recorded a 46-40-9 record with a 2.93 goals-against average and .903 save percentage with five shutouts.

The Mont-Saint-Hilaire, Quebec native played parts of his first three professional seasons in the ECHL with the Gwinnett Gladiators. In 43 career ECHL games, Domingue has a 25-13-4 record with a 2.51 goals-against average, .912 save percentage and five shutouts.

Domingue was originally drafted in the fifth round (138th overall) of the 2010 NHL Draft by the Phoenix Coyotes.

Prior to his professional career, Domingue played four seasons in the Quebec Major Junior Hockey League with the Quebec Remparts and Moncton Wildcats. In 149 QMJHL games, he went 85-38-11 with a 2.64 goals-against average, .907 save percentage and nine shutouts.

Wilkes-Barre/Scranton will open its 2021-22 regular-season schedule at home against the Lehigh Valley Phantoms on Oct. 16. Puck drop is scheduled for 6:05 p.m. at Mohegan Sun Arena at Casey Plaza. The Penguins’ full schedule can be found at wbspenguins.com.