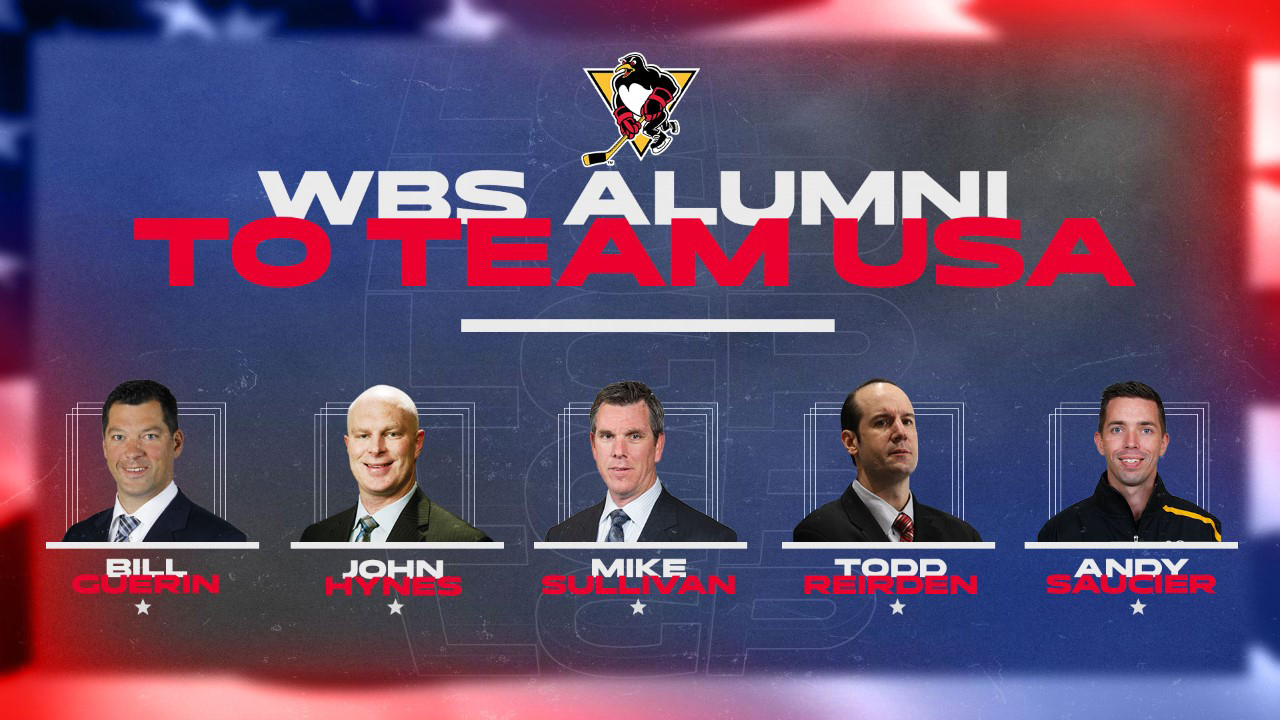 The trio of Reirden, Hynes and Saucier bring the number of Team USA hockey operations staffers with ties to the AHL club to five.  As previously announced, Mike Sullivan will serve as Team USA’s head coach, and Bill Guerin with serve as assistant general manager.

Hynes (Warwick, R.I.) is currently the head coach of the Nashville Predators. He served as head coach of Wilkes-Barre/Scranton for five seasons from 2010-15, making him the longest tenured coach in team history. Hynes is also the winningest coach the Penguins have ever seen, amassing 231 wins over his 384 games.

Also a product of Boston University, Hynes coached the Penguins to the league’s best regular-season record (58-21-0-1) in 2010-11, the first time in team history that Wilkes-Barre/Scranton achieved that feat.

Reirden (Deerfield, Ill.) became interim head coach of the Penguins after Bylsma was promoted to Pittsburgh in February of 2009. The following season, 2009-10, he shed the interim title and served as the team’s full-time head coach. In his 106 games at the helm, Wilkes-Barre/Scranton went 55-43-4-4.

The former Bowling Green State University Falcon went on to become head coach of the Washington Capitals from 2018-2020. He currently serves as an assistant coach for Sullivan in Pittsburgh.

Saucier started his professional coaching career as Wilkes-Barre/Scranton’s video coach under Hynes in 2010-11. After two seasons in Northeast Pennsylvania, Saucier was promoted to be the video coach for Pittsburgh, a position he’s held for eight seasons, spanning three different head coaching regimes.

He promptly captured the Stanley Cup with Pittsburgh that season and did so again the following year in 2017, becoming the first head coach to win back-to-back Stanley Cups since Hall of Famer Scotty Bowman in 1997 and 1998.

A graduate of Boston University, Sullivan still holds his post as head coach of the Pittsburgh Penguins and is 16 victories shy of surpassing Dan Bylsma for the most wins in Pittsburgh’s storied franchise history.

After retiring from an 18-year playing career, Guerin (Wilbraham, Mass.) became a development coach for Pittsburgh, and his duties involved working closely with the Penguins coaches and players in Wilkes-Barre/Scranton.

Wilkes-Barre/Scranton is scheduled to open its 2021-22 regular season at home against the Lehigh Valley Phantoms on Oct. 16. Puck drop is scheduled for 6:05 p.m. at Mohegan Sun Arena at Casey Plaza.