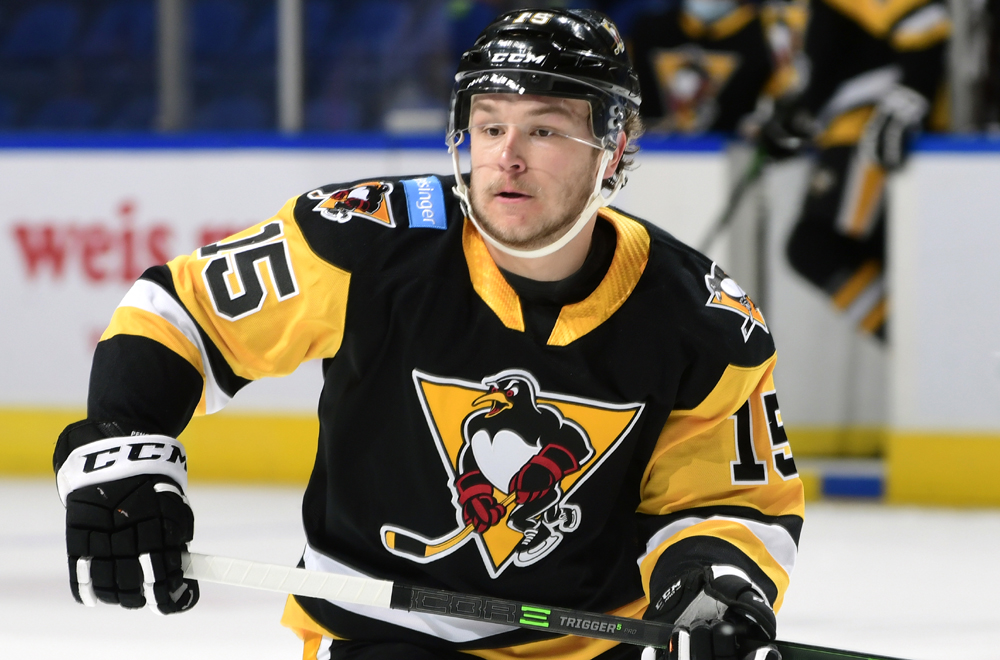 The Pittsburgh Penguins have reduced their training camp roster to 35 players, it was announced today by general manager Ron Hextall.

The following players have been assigned to the Wilkes-Barre/Scranton Penguins‘ training camp:

The 2021-22 American Hockey League regular season gets underway for the Pens on Saturday, October 16, when they host the Phantoms at 6:05pm.

Season tickets for the upcoming 2021-22 season are already on sale now. Full-Season, 22-game, 12-game, Flexbookand Premium Seating plans are available by reaching out to the Penguins directly at (570) 208-7367.